This week the next big book in Jesus scholarship hit the stores. Well, I guess it’s big in the sense that it is attached to a well-known name, Fox News’ host/anchor/pundit Bill O’Reilly. Earlier I had heard about his book, Killing Jesus, which was a bit easy to make fun with since the artwork for the cover suggested who the murder was, and his previous major book with a similar title, Killing Lincoln, was considered so riddled with factual errors that Lincoln-connected museums were not willing to sell it.

But now the book is out, written with Martin Dugard (who was also responsible for O’Reilly’s other Killingbooks). I don’t have the book itself (I’m cheap), but Google allows for searching the volume and previewing, so I could look at the materials related to the early years of JC, or so as Bill believed them to be. I had expected the authors to not be very critical of the historicity of what the Gospels say, but there were some surprises. I’m also just going to focus on the Nativity story as related by Bill. In other words, it’s only September and I am beginning the War on Christmas! 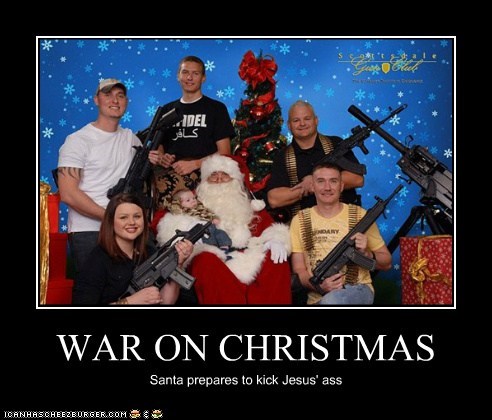 First thing to note is that there is not a lot of reference to modern scholarship on the points of the natal accounts. While Raymond Brown’s 2-volume work The Death of the Messiahreceives an honorary mention, his even more famous Birth of the Messiah is not mentioned. Odd considering that O’Reilly and Dugard are both Catholics, as was Brown. The notes for the first chapter contain almost no scholarly records, save one related to the Star of Bethlehem (more on that below). So it seems the authors have not engaged in the sorts of works that would have been need to understand a 2000 year old book. I’m not going to read Homer without some help understanding its cultural background, so why do the Gospels get a pass?

The background info that the authors establish is also not great. For example, they claim that the Magi “stud[ied] the world’s great religious texts”. How do they know this to be true in the time of Jesus? Besides, why would Zoroastrian priests care so much about Jewish scripture? Seems that because there is a story of Magi coming to a Jewish king/messiah means that they must have had such an interest; without evidence, all I see is circularity. Bill also says that the Magi had stopped by to see Herod and pay their respects to him before finding Jesus. Well, I don’t know where he gets that. It’s not in my Bible, and I can’t think of an apocryphal tradition that suggests this either.

The authors also claim that there are five prophecies that the messiah’s birth was attached to: a great star, born in Bethlehem, a descendant of David, men from afar would come to worship him, his mama’s a virgin. Again, how does Bill know these are the prophecies that people expected? For example, there were messiahs believed to come about that weren’t Davidic (i.e. the Messiah Ben Joseph). And the virgin birth prophecy has been such a headache for scholars, and there isn’t any clear indications that it was expected of a Jewish hero. That the messiah was expected to be from Bethlehem is also thin on evidence from 2nd Temple Judaism. Instead, it looks like Bill read ahead in the Gospel of Matthew and retrojected its claims into “expected prophecies to be fulfilled”. The authors of this book also seem to allow imagination to become history when they describe how Herod looked from the window of his palace (Billo calls it a castle, which is anachronistic) at the Temple and frets over baby Jesus. The way it is written seems like a novel, especially with the use of the present tense, so I suspect that the authors aren’t up on genre theory and practice. You are supposed to keep the fiction and history separate. What are you guys writing, a gospel?

But the bit of meat in this chapter that got my attention was how the Star of Bethlehem and its relation to the Magi were described.

The wealthy foreigners travel almost a thousand miles over rugged desert, following an extraordinary light that shines in the sky each morning before dawn.

In a note, O’Reilly & Dugard refer to a 1991 paper by Colin Humphreys in the Quarterly Journal of the Royal Astronomical Society (here) which argues that the Star was a comet in March of 5 BCE.

Due to the earth’s orbital motion, the comet’s light would have been directly in front of the Magi during their journey–hence they would have truly followed the star.

First off, these guys aren’t reading their Bibles. There is the popular notion that the Star led the Magi all the way from Persia to Jerusalem, but the Gospel of Matthew only describes the Star doing this from Jerusalem to Bethlehem. Looks like Bill based his knowledge of the Bible on the song We Three Kings. Now, the Humphreys paper doesn’t make this mistake, so I don’t know if they even read it. Also, the orbital movements of the Earth are not the cause of the “leading” of the Star; the comet moves from east to west because of the rotation of the planet, not its revolution about the Sun. This basic point of astronomy is off.

Moreover, how can the comet lead the Magi to Jerusalem? As the authors themselves say, it appeared each morning before dawn in the east. How could they then follow it westtowards Jerusalem from Persia? Eventually in the night or day it would be in the west, but this means that the now rather confused Magi are making all sorts of weird paths as demonstrated by xkcd. Again, basic astronomy is simply not understood here. I wish to highlight that Humphreys did not make this mistake; it’s all on Bill and Martin.

But a comet doesn’t explain the motions and other aspects of the Star of Bethlehem. It cannot lead anyone, including for the journey from Jerusalem to Bethlehem (as Matt 2:9 actually describes), nor can a comet stop over a particular locale. Moreover, comets were considered the most evil of celestial omens to the Romans and Persians. Had O’Reilly read Brown’s Birth of the Messiah, he probably wouldn’t have made these mistakes.

To get the complete take-down of the comet hypothesis and all naturalistic explanations of the Star as well as its historicity, you will want to check out my upcoming book The Star of Bethlehem: A Skeptical View. I sent it to the printers today, so it should be available online in the near future. So if you already bought Bill’s book, I’m sorry. But you can at least get a companion volume to make yourself and others feel better, not to mention learn some correct astronomy and history.

Now, I have hardly scratched the surface of the historical problems this book has. I could mention how Bill says that Herod was a secular man (he was Jewish; he rebuilt the Temple, after all; cf. Josephus, BJ 2.13), the Magi on their own decided not to return to Herod (Matthew says an angel told them not to go back, hardly a sign of the wise men’s initiative), how Judea was a part of the province of Syria (it was a client kingdom in the days of Herod), and so much more. Joel Watts has given the book a read-through and has seen a horde of issues, great and small (1, 2, 3, 4, 5), and I won’t be surprised to find other critical scholars finding problems with this volume. In the end, it’s Billo killing Jesus scholarship, and in part to forward his political and theological ideology.

[check out this post on Aaron’s own blog here]