It’s easy to blame 2016 for all the evils of the world. Donald Trump got elected President in an upset that ranks with the German invasion of France in 1940. In both instances, fortifications (i.e., Blue Wall and Maginot Line) weren’t the protection against the baddies they were billed to be. Thank my fictitious God that I’m not a celebrity because 2016 killed scads of them. I woke up this morning and found out that Debbie Reynolds (mother of Carrie Fisher for you younger people) died. At least we have Keith Richards. He’s our Great Wall of China against 2016 celebrity deaths.

Of course, Great Wall sounds a whole lot like Blue Wall and Maginot Line. While Keith may not survive 2016, Science has had a good year.

Check out this video  23 Reasons to be Cheerful (Thanks to Science!) 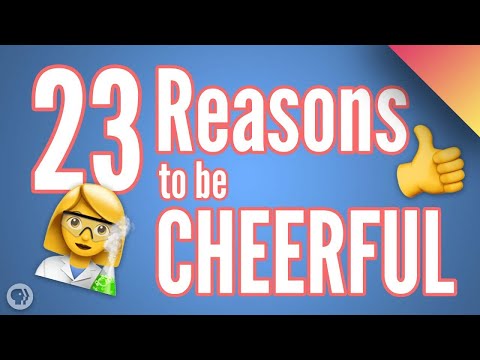