Actor/Producer and New Zealand native Harley Neville stops by and talks about the new web series Immi the Vegan. Although we discuss filmmaking quite a bit, I couldn’t help but ask him about New Zealand’s response to COVID-19. Starting at 39 minutes and 48 seconds in, Harley talks about his experiences during the coronavirus crisis and how the country is doing right now.

This conversation is eye-opening.

Here is Harley’s mini-bio from IMDb

Harley Neville is a Producer and Actor from New Zealand. He was introduced to filmmaking in high school through his class friend, Writer/Director Guy Pigden. Together they formed the production company Pigville Productions. Through this company they have collaborated on many projects, the most notable being feature films I Survived a Zombie Holocaust (2014) and Older (2020). Harley starred as lead actors in both of these films.

Harley is also a poet, and his poetry has received widespread attention and acclaim online due to the honest and confronting themes of his writing. This has lead to him performing at TEDxRuakura in 2016.

I hope you enjoy our conversation. 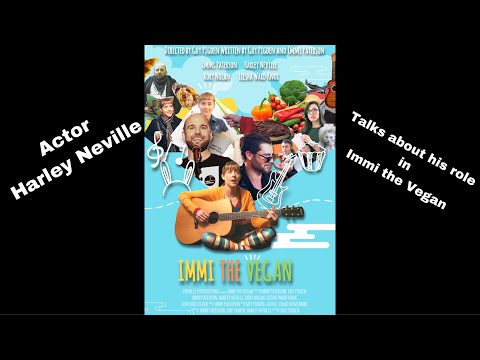 Here is the link for the video on YouTube!

Take a gander at Immi the Vegan on YouTube!

And here is a link to the Guy and Harley Podcast on YouTube.

A shirt and hoodie for our time.

The Question of the Day!