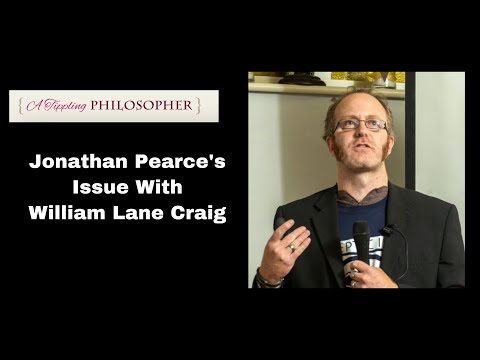 The Guardian printed a story titled Joe Biden to have new Secret Service team amid concern about Trump loyalty.  A cursory look at the title may make you think, “Well, that’s not a big deal.” My friends, it is a big deal and it shows us all how close to the precipice we are

It’s realistic to point out that, yes, different presidents will want different people working around them. However, there is a sinister undercurrent running through parts of the Secret Service as The Guardian points out:

Some members of the president’s detail reportedly urged their colleagues not to wear masks during trips, for example – despite the federal government’s official guidance on Covid-19 – as Trump himself disparaged mask-wearing and held out for months before being seen wearing one in public.

In what was described as an “unprecedented” move, the Secret Service had permitted former detail leader Anthony Ornato to temporarily leave his role and serve as White House deputy chief of staff.

Ornato was among the coordinators of the June photo op for which Trump marched through Washington DC’s Lafayette Square to stand with a Bible – after peaceful protesters were forced from the area by troops on federal order, sparking uproar in political circles as well as among the public.

Historically speaking, people with weapons near leaders are kingmakers. Roman history is littered with instances when the Praetorian Guard — soldiers given the task of protecting the emperor —  executed leaders they did not like. Stalin understood his secret service was useful as well as dangerous. He made sure those in powerful positions were personally loyal to him. Even if they were, Papa Joe cycled out men who were in charge of the secret police. Anyone who got too big for their britches could be a potential danger.

Many in the United States believe we are immune to history. It’s a side effect of American exceptionalism. Republics fall in predictable ways. Factions form and undermine norms and laws.

This move by the incoming Biden administration shows they are aware of the danger they are facing. And we should understand it, too. There is a real possibility Joe Biden gets assassinated by a lunatic supporter of Trump within the Secret Service. We are not out of the woods. Just because Democrats won the election and the calendar changed doesn’t mean we’re in a shiny new world.

What Is To Be Done?

I was a guest on The Satanic Temple’s Virtual Headquarters New Year’s Eve Day. I was asked, “Should we stack the Supreme Court?” And while that is a popular question reporters loved to ask Biden, expanding SCOTUS isn’t the most important thing to do.

I have a few humble suggestions.

Stack the Senate – Statehood for Washington DC and Puerto Rico would give Democrats four senators. Washington DC has pushed for statehood in the past, and Puerto Rico passed a nonbinding referendum saying it’s for statehood. Four new blue senators aren’t going to suddenly make Mitch McConnell lose his seat, but it may keep toxic Republicans from being in the majority and holding positions of power.

Fight Gerrymandering – Gerrymandering is the act of carving out safe districts where politicians don’t have to worry about competition from the opposing political party. In these districts, representatives’ prime concern is being primaried by more radical members of their own party. This creates an incentive for officeholders not to compromise with those on the other side of the aisle in the House of Representatives. This means the legislative branch becomes nonfunctional and in doing so the executive becomes more powerful in the vacuum.

In the last election, Virginia voters supported bipartisan redistricting commissions. In other words, one political party will not have godlike power to create safe districts for themselves. This is a good thing. Citizens in other states should fight for such commissions. They may not be perfect, but as the saying goes, perfect should not be the enemy of the good.

Primary Oligarch Supporting Democrats – The way to change a political party is via primaries. Take a look at Republicans and the way is clear. The GOP was consumed by the Tea Party. Progressives should be focusing on the weak middle of the road incumbent Democrats in the midterms. Replace them with people who support universal basic income, Medicare for all, and tax reform that actually makes sense.

The road will not be easy. But there is still a chance we can turn the United States of America from being a failed state with a first-world military to a country that serves its citizens fairly.