Justice takes many forms. It may manifest in a Department of Justice (DOJ) probe. Perhaps justice reveals itself in the fact some elected GOP pervert doesn’t have any friends who are willing to defend him. In the case we’re looking at, Matt Gaetz can drive State Road 85 near the Hub City center in Crestview, Florida and see the billboard that reads Matt Gaetz Wants To ‘Date’ Your Child.

Even if the billboard never existed, Florida Representative Matt Gaetz is in trouble. Every day seems to bring a new revelation about him. The Daily Beast just did a story titled Gaetz Paid Accused Sex Trafficker, Who Then Venmo’d Teen. Apparently, Gaetz sent the accused sex trafficker Joel Greenberg (indicted on 33 counts) $900. Greenberg then sent three young women various amounts of cash equally $900. The DOJ believes Gaetz engaged in sugar daddy relationships with them.

Matt Gaetz And The Billbiard

The Northwest Florida News (NWF News) tells the tale of a liberal group who has had enough of the MAGA loving sugar daddy:

The sign, paid for by an unabashedly anti-Trump political action committee known as Mad Dog PAC, makes obvious reference to allegations that Rep. Gaetz, a Fort Walton Beach resident, traveled and had sex with a 17-year-old girl and that he paid for sex with other women.

Here is a short video that shows the sign in all of its glory.

Hello, @mattgaetz any thoughts on the billboard? Reporters are trying to reach you for your comments… pic.twitter.com/gFqhQwX6Qt

And who is MAD Dog PAC? NFW News explains:

A website states Mad Dog PAC was founded in 2017 by former Bill Clinton White House staffer Clyde Taylor. Taylor sent a photo of the billboard to Gaetz via Twitter on Wednesday along with a caption that stated, “Hello @mattgaetz, do you like your new Mad Dog PAC.com billboard? It’s our third.”

So far the sign hasn’t gotten a lot of media attention. Hopefully, that will change soon.

I’m going to be talking about this story and others on this morning’s The Disappointed Cat Morning Show starting at 9 am EST. 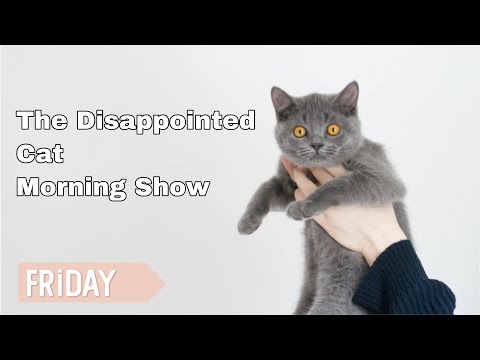