There are no holy books of comedy. There is no Moses, Jesus, or Muhammad who brought us the Law of LOL. No adherent of laughter can pick up a book and say “This is the final revelation of jokes.”

But comedy does have history.

Trailblazing comedians mapped the way for generations. Today’s professional funny people stand on the shoulders of Mark Twain, Charlie Chaplin, and George Carlin. Ask most people today working in the comedy-industrial complex who their influences are you will hear the name Monty Python over and over again.

Monty Python is a comedy team whose members include Graham Chapman, John Cleese, Eric Idle, Terry Jones, Michael Palin, and Terry Gilliam. Their show, Monty Python’s Flying Circus, aired in 1969 on the BBC and ended in 1974. Python created more than a series of TV episodes. They also made such films as The Life of Brian, Monty Python and the Holy Grail, and The Meaning of Life.

The Meaning of Life covers the absurdity of the human lifespan. And we can’t look at the very early stages of life without mentioning sperm. That would be like talking about making muffins without bringing up the flour. (The only people who do something as silly as that are Southern Baptist bakers.) The following song joyfully celebrates the Catholic doctrine regarding spermatozoa. It is an icon for iconoclasts. 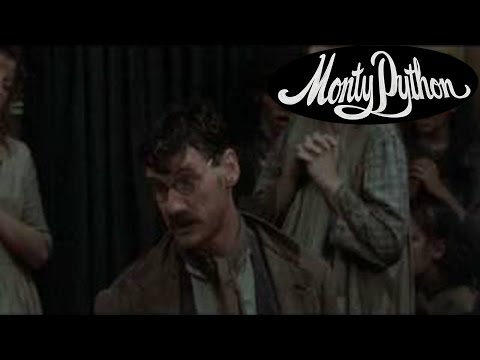