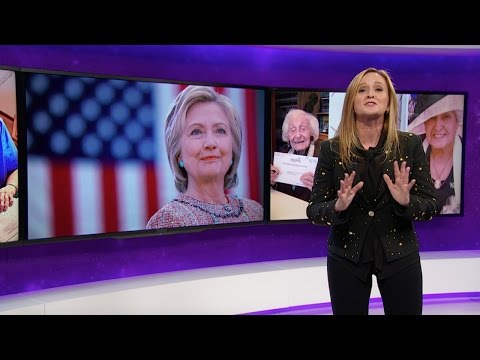 And while Ms. Bee is correct saying that Hillary had many soul crushing makeovers (wait, is that a future reality show?) I don’t think it’s full story why Hillary doesn’t connect with many people on a personal basis.

I’ve watched her numerous times, as most of  you have. The one consistent thought I’ve had on her many appearances is that Hillary was that kid back in high school who was in all advanced placement classes and then ran for class president unsuccessfully. Sure, she won an award for uncovering what the cafeteria’s Sloppy Joes were really made of, but nobody loved her for it. I’m wagering if being placed on the autistic spectrum was a diagnostic fad when she was in grade school, her teachers would’ve called her “quirky” (that’s code for being autistic, BTW).

That’s my cents at least…

In related news, the co-host of the Naked Diner podcast, Jack Matirko, and I will be covering the election results as they trickle in tonight. Check out Laughing in Disbelief tonight and join in on the fun.