Secular activist and cohost of Free Thought Prophet John Hamill sits down and talks about the best advice he ever heard. We also cover controversial topics like whiskey and who was the bigger genius, Turing or Newton?

John is a secular campaigner who has previously had leadership roles within both Atheist Alliance International and Atheist Ireland. His degree was in Computer Science and so he apologises in advance for his insistence that AM Turing was the world’s greatest ever genius, and that Artificial Intelligence represents an existential threat to both traditional religion and the idea of free will more generally.

John’s other most controversial opinion is that scotch and bourbon are unfit for human consumption. He also believes that peated whiskey tastes like something that is properly disposed of by flushing, but he has an open mind on all other Irish whiskeys. Unsolicited donations of same are gratefully accepted.

John was raised in a Roman Catholic family but he is now a pious and devout Pastafarian. He can be contacted on Twitter by looking for @johnhamill151 and you can find his Church by looking for @CoFSM_Ireland. Praise be His noodly appendages.

I hope you enjoy our conversation! 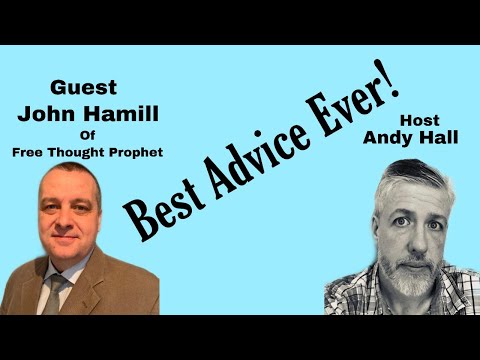 Here is the link to the video!

A big shout out to Andy’s Patrons!