A new story from The Dallas Daily News titled Over 81,000 people have filed sex abuse claims against Irving-based Boy Scouts of America, attorney says got me going off on a rant during The Daily Atheist Morning show.

Here is an excerpt from the article

At least 81,500 people have filed sexual abuse claims against the Boy Scouts of America as part of the Irving-based organization’s bankruptcy proceedings, a lawyer says.

Paul Mones, who has represented plaintiffs in such cases against the Boy Scouts for nearly 20 years, said more victims may come forward before the deadline Monday evening.

“I’ve been doing these cases longer than almost any attorney in the country,” he said. “Nobody thought the numbers would be like this.

And here is the rant. 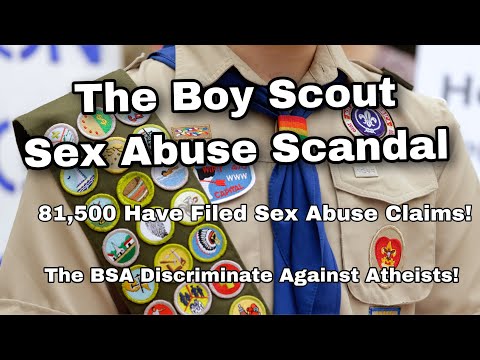