Tim Mills runs the YouTube channel Harmonic Atheist. I was lucky to have the opportunity to talk with him for an hour. You will be struck by his intelligence and moved by his deconversion story. This conversation is one you will remember.

What Is The Harmonic Atheist Channel All About?

Tim interviews prominent atheists. You may recognize some of them. Jonathan Pearce runs the blog A Tippling Philosopher here on the nonreligious channel on Patheos and the two of them chatted for close to two hours. John Gleason is a prominent atheist YouTuber known as Godless Engineer and took some time to do a deep dive on godlessness. Prominent atheist writer John Loftus (The Christian Delusion, The Case Against Miracles, and many more) is another guest.

Our chat took us into some interesting areas. Tim deconverted 13 months ago from a conservative Christian sect. He grew up religious and went to Bible college. From there he went into the financial services industry. He has young children and a wife who is a Christian. We talk about how he navigates those relationships.

Tim’s main interest is to reveal the pagan roots of Christianity. He believes by showing Christians that their faith is based on stolen myths, then they will be that much closer to leaving the faith. His once being a fervent believer will help him in his efforts. Not only does he understand the theology, but he was also once part of their “tribe” and believers may be more likely to respond to what he has to say.

Tim named his channel Harmonic Atheist due to his interest in trading (stocks, currency, etc.). He gave a ten minute tutorial on harmonic trading that will leave you thinking, I should’ve mathed more in university.

I hope you enjoy our conversation! 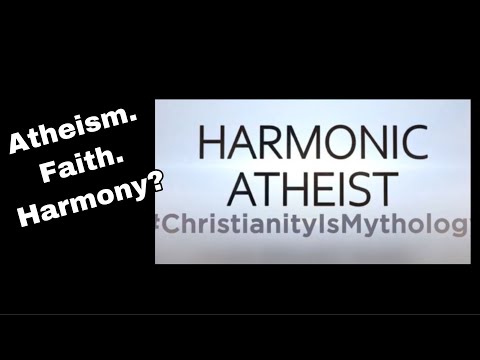 I want to also thank my Patrons. I’m currently out of work due to COVID, so every penny counts!