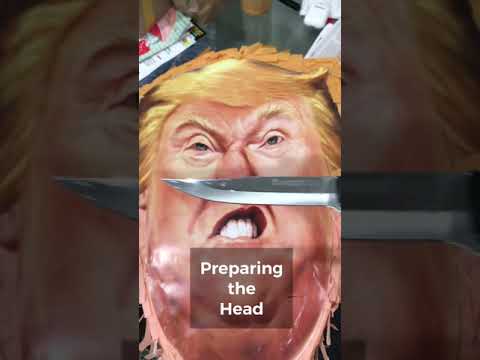 A majority of Palm Beach County commissioners told the South Florida Sun Sentinel this week that they won’t support renaming the local airport, Palm Beach International, after him.

The former president reportedly has talked of one day having an airport with his name on it. And having Palm Beach International renamed in Trump’s honor recently was floated by Christian Ziegler, the vice chairman of the Florida GOP, given that Trump has arrived at the airport many times during the visits to Mar-a-Lago, his club in Palm Beach.

County Commissioner Melissa McKinlay said she won’t support the airport renaming. “When people hear [Palm Beach], they envision our beaches, our equestrian sports, and in some cases our agricultural contributions,” she said. “It is a lifestyle.” She’s one of five commissioners who say they don’t intend to rename the airport while the other two commissioners didn’t respond to the Sun Sentinel’s requests for comment.

The article also states former President Trump is too controversial at this time for anything like that to happen.

Where Is Trump International Airport?

Former President Trump feels as if he’s had the Presidency taken away from him. The recent turn of events in Palm Beach makes him think an airport was ripped from his hands. Trump acolytes scoured the world to find an airport willing to rebrand itself.

The scrappy team of Trumpites didn’t stop. After a lot of work, they finally found someone who would make the deal.

“We’re happy to rename Munich International Airport,” said Reich Minister of Propaganda Joseph Goebbels. “It will be the crown of our cross-Atlantic zeppelin fleet.”

It may seem odd to Americans that Trump’s airport will be located in 1936 Germany. Most American presidents have them within the United States of America. However, experts say it was the obvious choice for a despotic foreign regime to offer the former President a helping hand.

White evangelicals in the United States are excited to travel to Nazi Germany. Churches are planning group tours of the Fatherland. Pro-Trump Republican senators and representatives are also on the list of eager travelers.

In related news, Joe Biden turns the White House into a Wow House.