Once upon a time, I ate meat. Even though I’m an atheist Five Guys cheeseburgers answered my prayers. Tasty Burger was my church. Kentucky Fried Chicken my Messiah.

Those days are behind me.

I have decided to be a vegetarian. It’s been something I was thinking about for a few months. And I’d like to say I made two columns and wrote out the pros and cons of never eating meat again. However, that was not the case. You see, my decision is based on my heart and not my head.

It boils down to the ethics of meat-eating. I came to realize I couldn’t be complicit with the infliction of misery on my fellow animals.

The famous evolutionary biologist and atheist Richard Dawkins shaped my opinion and helped to make the move to vegetarianism.

He discussed the matter with philosopher Peter Singer and this is what Professor  Dawkins had to say:

It implies that all of us who are eating meat, including me, are in a very difficult moral position. What I am doing is going along with the fact that I live in a society where meat eating is accepted as the norm and it requires a level of… social courage, which I haven’t yet produced, to break out of that. It’s a little bit like the position which anybody, not everybody but many people, would have been in a couple of hundreds of years ago over slavery, where lots of people felt kind of morally uneasy about slavery but went along with it, because… the whole economy of the south depended upon slavery. Of course none of us like the idea of slavery but ‘you can’t seriously consider doing away with it because the whole economy would collapse’… I find myself in something like that situation. I think what I’d really like to see would be a mass consciousness raising movement so that we all become vegetarian and then it would be so much easier for those of us who find it difficult to go along with it. And quite apart from that you’d then have brilliant chefs making wonderful recipes.

And here is a bit from Professor Dawkins’ video from Big Think video No Civilized Person Accepts Slavery So Why Do We Accept Animal Cruelty?

We’re certainly getting better, as Steven Pinker has said in his book The Better Angels of Our Nature, and Michael Shermer in his book on The Moral Arc, so we’re changing a lot and it’s sort of a fairly obvious thing to do to look in the future and say “What will our future descendants think when they look back at us the way we look back at our slave-owning ancestors with horror? What will our descendants look back in our time?

And I think the obvious candidate would be the way we treat nonhuman animals. My view would be that we want to avoid suffering; therefore the criteria would be “Can this creature suffer?” This is the criteria that Jeremy Bentham the great moral philosopher laid out: “Can they suffer?” There’s every reason to think that mammals, at least and probably many more, can suffer perhaps as much as we can pain.

I’ve considered the possibility of eating free-range meat. Those animals supposedly are living full lives up until the time they’re slaughtered. And it’s obvious the moral issues of eating factory-farmed animals and free-range ones are quite different. The former is simple torture while the latter isn’t.

As I mentioned earlier this is a case of this atheist listening to his heart. And it is telling me I don’t feel comfortable with being responsible for the death of an animal just because I want a burger.

My girlfriend was a vegetarian for a number of years. She’s also joining me on my meatless diet. I’m fortunate and thankful for that. Any major behavioral change is difficult and getting support can be the difference between being successful and failing.

I know I’m not changing the world by abstaining from meat. This is just a way for me to light a candle while screaming at the darkness.

*Here’s the video I mentioned No Civilized Person Accepts Slavery So Why Do We Accept Animal Cruelty? 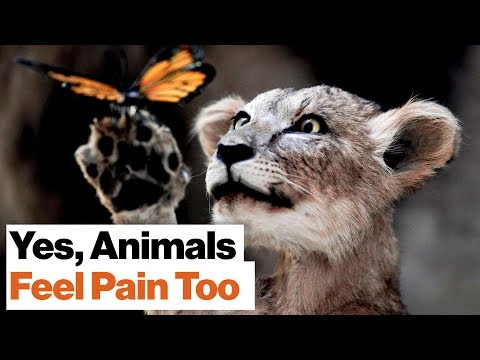 Thought of the Day

I’m getting the impression we’re just going to do the “thoughts and prayers” strategy that worked so well with shootings for COVID-19 when schools open in the fall.