On The Daily Atheist Morning Show today, I pointed out a few facts on how China’s economy is doing since it got a handle on the COVID-19 crisis (spoiler alert, it’s doing well).

China’s economic growth accelerated to 4.9% over a year earlier in the latest quarter as a shaky recovery from the coronavirus pandemic gathered strength.

Figures announced Monday for the three months ending in September were in line with expectations after the ruling Communist Party declared the outbreak under control in March and began reopening factories, shops and offices.

Factory output rose, boosted by foreign demand for Chinese-made masks and other medical supplies. Retail sales, which had lagged behind the manufacturing rebound, finally returned to pre-virus levels.

There’s a variety of reasons why China is doing so well. They were the first hit with the virus, so it stands to reason they would be the first economy to emerge out of the disaster. However, that fact is deceptive. China is taking testing seriously.

Last week, more than 10 million people were tested for the virus in the eastern port of Qingdao after 12 cases were found there. That broke a streak of almost two months with no virus transmissions reported within China.

You read that correctly. China had 12 cases and then tested over 10 million people. That’s a dedication to making sure the virus doesn’t spread.

And what do we have in the United States of America?

Sean Freucht Is Our Musical Idiot For The Times

Politico’s article ‘This Is All About Jesus’: A Christian Rocker’s Covid Protest Movement tells a tale of a millennial musician who tells science, “Get thee behind me, Satan.”

Mr. Freucht’s concerts feature MAGA loving Americans who don’t practice social distancing and are maskless. No worries though, the entertainer tells them, “This is all about Jesus. Don’t try to sing pretty. Don’t try to be on key or on pitch. Just be wild. You’re in CHOP, for heaven’s sakes.”

And if you’re wondering if this longhaired guitarist is any different from the all lives matter crowd, he isn’t.

On June 14, Feucht appeared in Minneapolis along with several other musicians, for what they called a “unity revival” concert about 50 feet from the site of Floyd’s death. Feucht, who said he had been invited to the site by Black pastors, was criticized for trying to co-opt the tragedy and for staging a concert loud enough to drown out other activity at the site. While Feucht has said, “Yes, Black lives matter,” he also has called the BLM movement a “fraud” and criticized it on Facebook for being pro-abortion rights and for supporting what he called “radical gender theory and the complete denuclearization of family.”

Sean Freucht is the poster child for everything wrong with the United States — an instinctual hatred for science, a knee jerk love for white supremacy, and really bad music.

Here is a slice of evidence for that last one. 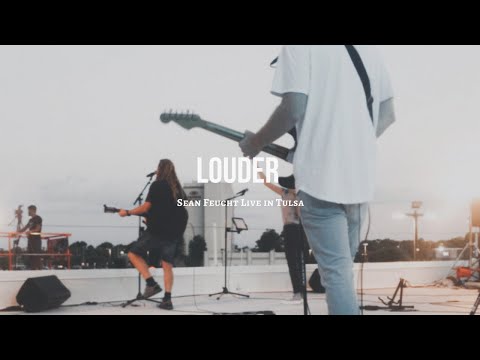 Link to this audio-visual abomination.