What better time to reflect on the week than Saturday morning?

Sit back, have the cup of coffee and ganderize.

FOXBOROUGH, MA – The Patriots were sitting pretty; the suspended Tom Brady coming back in less than two weeks, and backup Jimmy Garoppolo doing a little more than holding down the fort in his absence. But that all came to a halt when Garoppolo went down with an injury last week.

A joke? A joke! A palpable joke!

It’s No Joke: God Is Running For President

This clip It’s No Joke: God Is Running For President is from The Late Show with Stephen Colbert. 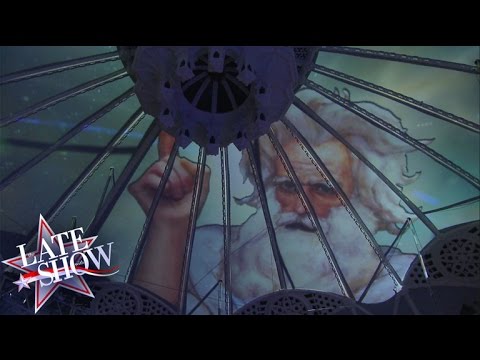 Little Rock, Arkansas – Governor Andrew Canard signed the Never Sweden bill into law today which illegalizes the narrow inlets created by glaciers thousands of years ago. If a glacier develops in the state and proceeds to carve out a fresh or salt water fjord, then the mammoth section of ice will be immediately apprehended by law enforcement and charged with a felony. The penalty for such a crime ranges from 20 years in state prison if the glacier is an American citizen, to the death penalty in case the huge mass of ice is of foreign origin. The latter case is considered an act of terrorism. The ice will be smashed into cubes and given to the restaurant chain Chik-fil-A to do with as it will. read more

I always suspected that there was a dino-conspiracy. Saturday Morning Breakfast Cereal confirmed it with this comic Dinosaurs.