Take a look at Big Think’s video Right-wing politics has a new secret weapon. Can the Left harness it? | Jeremy Heimans. I’ll add my 2 cents afterward. 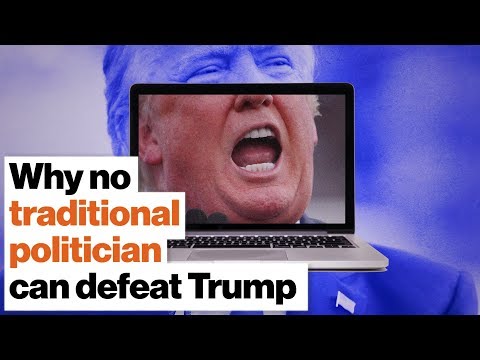 This slice from the video is interesting:

As Donald Trump’s candidacy unfolded he built and created a symbiotic relationship with what we think of as a vast, decentralized social media army that did his bidding during the campaign.

These were mostly young white men on forums like Reddit and 4chan and they developed a kind of culture of competing with each other, vying with each other, to produce the most creative, the most sticky, the most intrusive meme or message that would penetrate social media and then seep into the mainstream media.

So, did Trump build a social media army on his own? No. He had Russian help, of course. Regardless, the point in the video is clear: Trump resonated with a small group (in comparison to the totality of the voting public) of very motivated people. Those people, Trump’s cyber army, were able to push hard on social media at critical moments. The thing is you don’t need superior numbers to win fights. What you need is to dominate vital positions and areas. Hillary Clinton won the popular vote. But that didn’t matter. Trumpists won in the states that mattered.

Whoever the Democratic candidate is going to be in 202o that person needs to be able to crush it on stage. The milquetoast and civil candidate is going to get run over by the Trump machine. As many professional funny people point out Trump has the skills of a stand-up comedian. Only someone who can throw that kind of heat will beat him.