The most noticeable and jarring change between the first and second Atlas movies is that this one has an entirely new cast. This page from the Atlas Society explains why: Part 1 was shot in a rush to keep John Aglialoro’s rights from expiring, and the time pressure and limited budget meant there wasn’t time to get the actors to commit to more than one film. The page doesn’t say so, but the fact that the first movie bombed surely gave them no great desire to reprise their roles.

There’s no inherent reason this has to be a problem. It happens often enough in TV and film, and a good enough director can overcome it, just as they overcome many other things that require the audience to suspend their disbelief. But the key phrase is “good enough”, which isn’t a term that applies to these slapdash efforts.

The most unfortunate example comes in the person of Eddie Willers, who just can’t get any respect in the world of Atlas. For the sequel, the producers apparently tried to cast actors with basic physical similarities to their counterparts in the first film. But in Eddie’s case, it appears the only characteristic they considered relevant was “black”. Because it’s hard to imagine how else to explain this:

It casts no aspersions on the talent of either actor to point out that the filmmakers apparently thought all black people were interchangeable. You can almost imagine Dagny: “Say, Eddie, did you gain about six inches of height and fifty pounds of muscle since the last time I saw you?”

An even more inexplicable casting choice is Robert Stadler. In the first movie, he was played by a person of color, Navid Negahban, as you’ll recall from this scene where he monologues at Dagny: 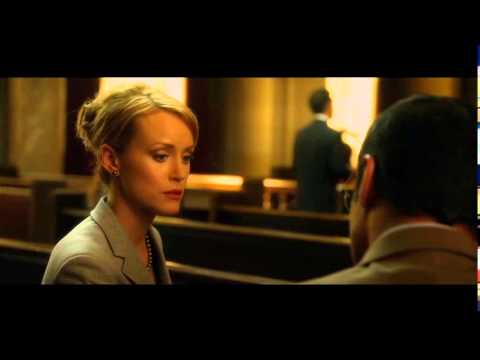 Even if the actor chose not to return, you’d think the producers would at least have stuck with their choice of ethnicity when they recast the part. But nope! In Part II, the role is filled by Robert Picardo, who’s again a fine actor in his own right, but distinctly much whiter: 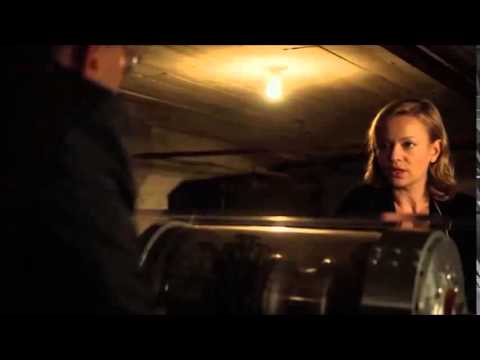 The one piece of praise I can offer is that Picardo seems to be the only one present who’s taking this film seriously, despite the incongruity with the previous actor. Even in this short scene, he shows engagement with the material, as compared to the flat line readings and unblinking stares of the other characters. He even does his best with terrible dialogue like, “[Because] I haven’t disappeared” – which implies that he already knows what’s going on with the vanishings, something that’s supposed to be a baffling mystery even to supergenius capitalists like Dagny and Hank. (Has he read the back of the DVD box for the movie he’s in?)

The producers’ sloppy, careless attitude toward casting and dialogue contributes to the amateurish pallor that hangs over the film. And the characters aren’t the only part of the movie where pointless and confusing changes abound. The Taggart building, which in the last film was an Art Deco-style period skyscraper, now looks like the headquarters of a Silicon Valley startup, all open spaces, chrome and glass. Not reusing actors I can understand, given the circumstances, but why couldn’t they even reuse the sets?

Still, at times you can glimpse what they really cared about. At several points in the movie, the filmmakers thought it would be a clever jab at Occupy Wall Street to show yelling, picketing protesters outside Taggart headquarters waving signs reading “We Are the 99%” and similar. No doubt they thought it would make the message of the movie more convincing if they connected its plot to real events. But all it really does is solidify the impression that they cared more about cranking out a thinly disguised polemic against economic justice than they did about making a film that would be a quality work of art in its own right.