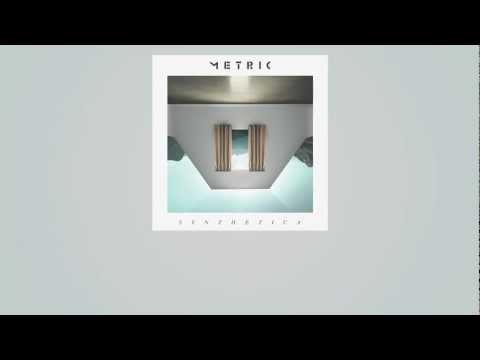 Imagine what it’s like to drown in deep water.

I’ve never had the experience, but I can guess what it must be like: the silence, the darkness closing in, the crushing pressure. It’s not a fate I would wish on anyone. But when I look around at the world, I’m convinced that there are millions of people who are suffering something like this every day of their lives. What’s more, they’ve chosen it for themselves.

I’ve written about how religion creates imaginary crimes, turning a vast variety of harmless actions into grave sins. There are many religions – and not just fringe cults, but major faiths – that carry this to the extreme by making rules for every aspect of daily life, governing every waking moment and every action down to inmost thoughts. What’s worse, these mountains of prohibition are backed up by an ideology that treats believers as eternal slaves, both in this world and in the afterlife they imagine – teaching them that they’ll find the most perfect happiness in total submission, surrendering both body and mind to an external arbiter and drowning out their own conscience and reason. Though they may walk among the rest of us, their minds are deep beneath the surface, suspended in a fathomless abyss.

When I write of these things, I’m not speaking of people who are forced by circumstance to be part of a community against their will. I want freedom for them as well, but they need help that’s more than mere words, help that’s beyond my power to give. Today, I’m writing for people in a more tragically ironic predicament: people who decide of their own free will to be part of a fundamentalist community; people who could walk away if they wanted to, who are kept there by nothing except their own choice. It’s as if they chose to walk out into the sea and sink to the bottom.

In her book Unorthodox, for example, Deborah Feldman paints a vivid picture of the exacting, ever-growing web of rules that constrain life in the Hasidic Jewish community, especially for women: the gender-segregated sidewalks and stores and synagogues, lengthy and meticulous rules for what’s considered modest dress, the contamination-obsessed rules of separation that wives have to observe during their menstrual periods, and the ultra-Orthodox women who spend the week before Passover cleaning every crevice of their floors with toothpicks and kerosene, paranoiacally trying to eliminate every last crumb of leavened bread.

Ironically, there are commonalities across religions that are often mortal enemies. Consider the Islamic women who freely choose to shroud their faces and bodies under heavy black cloth in public, convinced that the glimpse of an ankle or a stray wisp of hair might tempt men into uncontrollable lust. And then there are the Islamic men who strive to make their lives an exact replica of how their prophets lived, down to how they brush their teeth.

Or take Roman Catholicism, where taking monastic vows often means a lifetime of loneliness, deprivation and hard labor. In her book An Unquenchable Thirst, Mary Johnson writes about how nuns in Mother Teresa’s order were expected to give themselves sponge baths in a bucket, to eat meals of stale bread and rotting vegetables donated by supermarkets, to do penance by ritually beating themselves with a whip, and worst of all, to forever renounce the mere touch of human affection.

And then, as most Americans know well, there are those evangelical Protestants who consider sexual temptation an omnipresent menace, a thorn in their flesh goading them into sin if they succumb for even a moment. I once wrote about an evangelical who was in emotional agony because his refusal to use contraception was tearing his marriage apart, as well as a Christian advice website where the vast majority of questions came from people who were mortally afraid of sexual transgression, struggling with how to desire nothing but the narrow subset of sexual pleasure permitted by their beliefs.

All these people are weighed down by rules, obligations and customs that they’ve wrapped around themselves, like chains dragging them downwards. They’ve grown so used to living like this that they’ve come to accept these suffocating constraints as normal, as if water could substitute for air.

These trapped souls need freedom, and we can help them. We have glad tidings for them, a message of hope that says simply this: You can ascend from the abyss. You can shrug off the crushing burden of superstition, cast aside those empty rituals and senseless obligations that accrete like barnacles. And you can set aside the harmful belief that underlies it all: that there’s an angry shadow looming over your shoulder, a malevolent supernatural tyrant who surrounds human beings with traps and temptations and punishes those who touch them, who made us free and commands us to be slaves.

You don’t need that belief to live or to thrive, and if you discard it, you’ll be better off. Set it aside, become an atheist, and you’ll find it an explosive, exhilarating liberation – like one swift, powerful stroke upward, breaking through the dark surface into sunlight and filling your lungs with fresh air.

And if you do, you won’t be alone. Take the hand I offer, come up onto the shore, and then look back and see the crowds of people emerging from the booming surf. The secular community may already be larger and better established than you realize, and if you’re a refugee from those dark and storm-tossed seas, there’s a home for you there.