I saw Hadestown on Broadway last weekend, and it instantly became one of my favorite musicals. It’s going on a national tour, so see it if you can!

The play is a modern retelling of the Greek myth of Orpheus and Eurydice, set in an unnamed American town during a Great Depression-like era. Hades is a titan of industry who owns a dystopian factory town, and Persephone is a goddess of spring (and, like Dionysus, of good times and alcohol). But their marriage is on the rocks – Hades is becoming reclusive and paranoid, and Persephone is sinking into alcoholism – and the gods’ quarrel is disrupting the seasons and causing violent storms and climate change in the mortal world.

Into this dark time comes Orpheus, a poor-but-honest boy naive to the ways of the world. He’s a struggling musician, but he’s also the son of a Muse whose songs make flowers bloom in the wilderness. He falls in love with Eurydice, a cynical drifter who’s learned from harsh experience not to trust or depend on anyone. If you’re familiar with the myth, it’s no surprise what becomes of their tragic love, but the journey is worth seeing.

In the most famous song, Hades forces his indentured workers to endlessly construct a wall around the town, telling them that it’s to keep out a nameless enemy, but in reality it’s to distract them from the brutal conditions of their servitude. As an allegory for our time, it’s almost too on the nose – except that the song was written in 2006.

Here’s the cast recording, sung by Patrick Page as Hades, whose voice is a note-perfect brimstone growl: 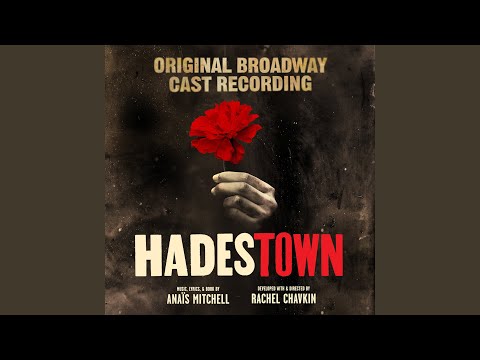