This week, it’s Ayn Rand versus Hollywood censorship. It’s too bad this can’t be a battle where both sides lose!

When The Fountainhead was filmed, the Hays Code was in effect. This was a list of rules that the major studios voluntarily agreed to follow, after a wave of high-profile scandals, to counteract a public perception that the movie industry was immoral and sinful and to head off the possibility of state-imposed censorship.

The Hays Code required movie makers to omit themes that weren’t socially respectable or that might corrupt the morals of viewers. This page from an Objectivist site lists some of the things that were forbidden:

The Production Code Administration was troubled by depictions on the screen of adultery, unmarried sex, divorce, and denigration of marriage, as well as by depictions of criminal behavior and violence, and by criminals not being punished by the law. Suicide was not prohibited, but its depiction had to accord with a complex sentence published within an appendix to the Code: “Suicide, as a solution of problems occurring in the development of screen drama, is to be discouraged as morally questionable and as bad theatre — unless absolutely necessary for the development of the plot.”

Because adultery and divorce are major themes of The Fountainhead, this presented some problems for the movie version. To get around the studio’s restrictions, Ayn Rand had to make alterations to the plot.

In the book, you’ll recall, Dominique gets married and divorced twice. First she marries Peter Keating, who trades her to Gail Wynand (with her consent) in exchange for a real-estate commission. Later, she flaunts her affair with Roark to compel Wynand to divorce her as well.

In the movie, Gail Wynand’s indecent proposal compels Peter to break off his relationship with Dominique while they’re still engaged, but before they’re actually married. That was an easy fix.

Dominique’s marriage to Wynand is a tougher nut to crack, but Rand solves it this way: after Wynand is psychologically broken by the collapse of his media empire, he commits suicide (which was apparently more acceptable than divorce), freeing her to be with Roark. This might actually be an improvement. It resolves Wynand’s tragic arc more cleanly than in the book, since his first scene begins with him contemplating just that.

Several other things had to be dropped because of the Hays Code. The original draft included the Stoddard Temple and Dominique posing for a nude statue, which was removed when the censors objected. Obviously, the scenes where Dominique has adulterous sex with Roark were erased.

More puzzling, there’s a line where Dominique says to Peter (when she’s explaining why she doesn’t love him), “I suppose I’m one of those freaks you hear about, an utterly frigid woman.” The censors disliked the word “frigid” and wanted it removed, and Rand obliged.

But there’s one infamous scene that Rand wasn’t willing to give up.

It begins the same way as in the book. Howard Roark loses a bank commission he was counting on to keep himself afloat, and he’s forced to close his firm and goes to work as a manual laborer in a granite quarry. The movie brings in Ellsworth Toohey – seen here as a sinister, smoking figure in the shadows – to suggest that he engineered the whole thing.

One day Dominique visits the quarry, which her father owns, and glimpses Roark at work. They do a classic Objectivist lock-eyes-across-the-distance and immediately realize that they’re soul mates. The movie has no way to depict the telepathic rapport they have in the book, where they can convey detailed messages through the squareness of his jaw or the glint of her eyes, so it mostly just shows them staring longingly at each other.

But it does suggest that Dominique admires Roark’s powerful drill, if you know what I mean: 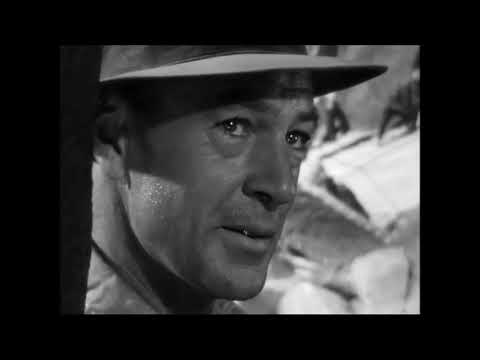 However, this was a rare instance where the censors weren’t completely stupid. Among the notes they gave on the first draft of the screenplay, this scene was flagged:

When the reviewers came to the portion of the script where Dominique has a lusty mental image of Roark controlling a power drill, they reported, “we think the present pictorial dramatization of her thoughts concerning Roark is offensively suggestive.”

Apparently, the original draft had Dominique fantasizing about Roark and his drill while lying in bed. Rand’s compromise was to change it so she was sitting at the mirror and brushing her hair, which seemed to be more acceptable.

As in the book, Dominique makes up a pretext to hire Roark to do some handyman work at her house, but he mocks her by sending someone else in his place. She’s furious over the snub and strikes him in the face the next time she sees him – which, in an Ayn Rand book, counts as foreplay. The next scene is the infamous rape: 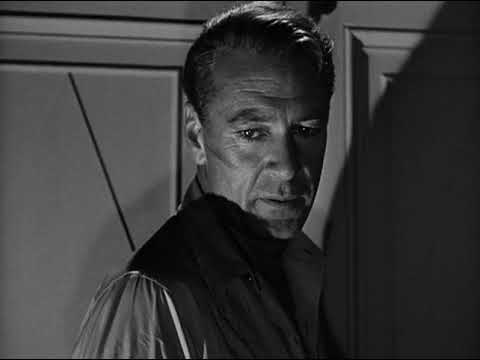 The movie version of this scene ends in a confusing way. Instead of fading out on the kiss, it ends with Dominique sprawled on the patio outside while Roark looks down at her. I’m sure this was intentional, to placate the censors (who complained about the “flavor of a not-too-strenuously-resisted rape”) and to make it easier for bluenose viewers to imagine that nothing further happened between the two of them.

Even without showing any actual sex, this scene packs in all the same misogyny as the written version. The author’s saving throw is that Dominique is supposed to secretly have desired to be taken in this way, but nothing in either the book or the movie gives Roark any grounds to believe that was the case.

According to the biographer Anne Heller (Ayn Rand and the World She Made, p.178), when asked where the sex scenes in The Fountainhead came from, Rand said, “Wishful thinking.” But it’s one thing to have a fantasy of your own; it’s something else entirely to dramatize it in a way that presents it as proper behavior worthy of emulation. And it’s worth noting that Hollywood censorship, for all the minor changes it demanded to make the movie “respectable,” had nothing to say about the inherent violence of this plot.