Last Monday night, I attended a meeting of the Sunday Assembly in New York City. It was the first U.S. stop on their 40 Dates and 40 Nights tour, in which cofounders Sanderson Jones and Pippa Evans are barnstorming across the country to drum up support and excitement for launching satellite congregations in, as they say, “every town, city and village that wants one”.

When I attended the NYC Sunday Assembly over the summer, it was at a midtown dive bar called Tobacco Road. It was a good starter space, but as I said at the time, not exactly in keeping with the image the Sunday Assembly is striving to present. I’m happy to report that they’ve found a new, and in my opinion more fitting, home at the New York Society for Ethical Culture, a huge, gorgeous and historic meeting hall on Central Park West just north of Columbus Circle.

Like past meetings of the Sunday Assembly, this one was half humanist sermon, half rock concert, with short talks and sermons on nature and gratitude combined with music from an excellent band. But most of all, it was to raise awareness of its missionary efforts. The Sunday Assembly is seeking to expand beyond its home base in the U.K., to start offshoot congregations all over the world, and doing that, of course, takes money. They’ve created an Indiegogo fundraising page, as well as a pitch video that explains what they’re trying to accomplish: 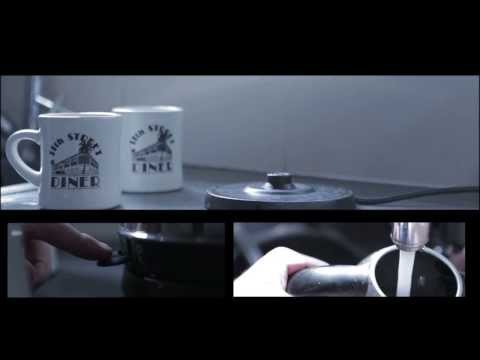 As mentioned in the video, they’re attempting to raise 500,000 pounds. It’s a jaw-dropping sum to be sure, but then again, they have grand ambitions, and I’d bet even this amount is trivial next to the budget of any large church. If you like the idea of a godless, humanist congregation spreading across the world, go help them out!

While I’m on the topic, I also have to report some less encouraging news: as new as the Sunday Assembly is, there’s already a schism. A few weeks ago, a group of the original NYC organizers split away, claiming to be discontented with the Sunday Assembly’s lack of sufficiently explicit atheist advocacy, and formed a competing group they’re calling Godless Revival. (See also this article on Religion Dispatches which mentions the split.)

In principle, I’d wish success on an endeavor like this. Competition is healthy, and I think there ought to be plenty of room for two atheist congregations in New York City (how many churches do we have, after all?). But I’m skeptical of the necessity of splitting off like this, and even more dubious about the hostile language they used in doing so. Most of the charges they made – calling the Sunday Assembly “anti-atheist”, “more like a church service”, a “new-age religion”, even comparing it to Scientology – I’ve found to be unsubstantiated.

While the Sunday Assembly doesn’t beat you about the head and shoulders with its godlessness, no one would ever mistake it for anything but the atheist, secular humanist organization it is. Personally, I’m perfectly well convinced that gods don’t exist, and I don’t need continual reminders of that. I’m much more concerned with what follows from that: questions about how we live, how we form our morals, how we lead meaningful and happy lives, how we live together in community. I don’t think I’m alone in feeling this way.

Besides, from what I’ve seen of it, the Sunday Assembly must be doing something right. They’ve drawn big crowds at every meeting I’ve been to. Even better, the attendees aren’t the crotchety-old-white-guy demographic that too often defines atheism, but a young, diverse group of people, including significant numbers of women and people of color. This is just the demographic that we can and should be attracting if we want to present a positive, inclusive and appealing image of atheism. I don’t expect everyone to agree with the Sunday Assembly’s ideas or its emphasis, but my philosophy is, don’t mess with success!