A former employee at Macy’s claims he was fired for his Catholic beliefs after asking a transgender woman to leave the women’s restroom.

Back in May, a cis-gender (non-trans) woman and her daughter entered the restroom at a Macy’s store in Queens, New York, when they encountered a transgender woman, whom the Catholic League’s Bill Donohue condescendingly refers to as a male “claiming to be a female.”

The two customers complained to security, and employee Javier Chavez sent a security guard to ask the trans woman to leave.

The trans woman complained, and Chavez was later told that Macy’s had a trans-inclusive bathroom policy. Chavez told HR that he didn’t know about the policy. He said that he is a Catholic and that the policy did not align with his beliefs or with the Bible, but that he would enforce it anyway. He was suspended and later fired.

“After my employer learned that I was a practicing Catholic, with religious concerns about this policy,” Chavez says in his formal complaint, “I was terminated because of my religion, in violation of the New York State Human Rights Law.”

Donohue went on a lengthy rant about the incident in a YouTube video posted this week: 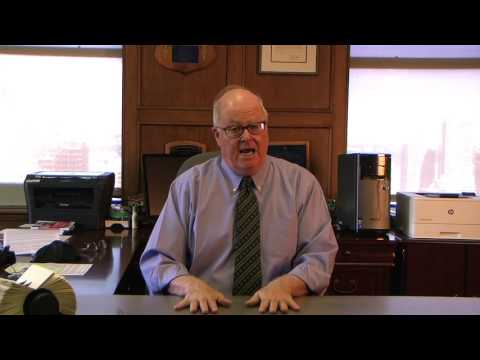 In the video, Donohue described the incident as “obviously a setup” and says this isn’t a matter of “LGBT rights,” but of “conscience rights.” Also, he weirdly keeps referring to Chavez as a “Latino man” instead of just a “man,” but that’s beside the point:

This is not only a legal outrage and a moral outrage, this is absolutely beyond anything we’ve seen before. Macy’s, we know, is in the tank for the gay rights agenda. They have every right to be so if that’s what they want to do, they support the gay pride parades and everything else. But now they’re acting like totalitarian regime people who want to tell you you cannot have your own convictions. We want to get inside your head. This is a matter of thought control.

Chavez has brought the case to the New York State Division of Human Rights, which will decide whether or not he was wrongfully terminated. It sounds like there’s more to the story than what Donohue and Chavez have released, considering that only Christian media has reported on it so far, so perhaps more details will become available as the case progresses. But when it comes down to it, it’s the responsibility of store employees to know their company’s policies, especially if that involves possible discrimination against customers.