Sometimes I amuse myself thinking of what Christianity would be like if it didn’t have any coercion in it at all. But the picture I emerge with doesn’t look much like the religion–and removes entirely from it any reason for anybody to want to join up.

First and foremost, Christianity is a religion based on threats. “Do what I say, or suffer forever” has been its central idea ever since anonymous scribes put quill to parchment to describe the Gospels. Its parables speak to obedience in the face of suffering; its Savior promises persecution to his followers. They may preach a god of love, but if a listener resists that preaching, after a while the threats peek out from under the fluffy coating of sweetness to demonstrate what Christians know is their most powerful evangelism tool: terror.

And oh, what a lot of threats Christians can come up with! The engulfing and gargantuan threat of Hell itself is only the beginning. The suffering in this life that they feverishly threaten upon dissenters and doubters is truly impressive in its scope and obscenity. Christian pastors tell their flocks that if they don’t tithe enough money to their leaders, then they’ll suffer huge financial setbacks. Christian parents tell their doubting children that if they fail to render obedience to their religious groups then they will suffer some unspecified but horrific misfortune. Total Christian strangers tell skeptics online that they will face car accidents, diseases, even sexual assault should they continue to disbelieve.

Christians have trouble even understanding a worldview not marked by fear. The further right you go into the religion’s many thousands of permutations, the more fear you’ll find. They don’t even believe we’re not afraid of the many things that terrify them. They wonder how atheists even handle the fears that dominate their own lives: the fear of death, the fear of Hell, the fear of invisible hands causing them suffering.

For their own part, ex-Christians sometimes struggle to rid themselves of those programmed fears. Those fears keep them in the pews and struggling in the faith long past the time when they’d ordinarily have flown away, and sometimes draws them back into the religion to seek the marginal spotty relief from those fears that their group’s rituals can manage to scrabble together.

What would this religion even look like if its leaders absolutely refused to sell their ideas on the back of threats? How would that Christianity even look? How would it survive without that singsong “Do you know what’ll happen to you after you die?” that is the core of their evangelism?

Some Christians try to go that route. I’ve written about some of them here, in my Non-Toxic Christian Grab Bag, and in the comments there you can find more if you like. They’re few and far between, but they exist. As you can imagine, fundagelicals really don’t like the idea of losing their most effective evangelism weapon.

I’ve written about what I thought Christianity might look like if it didn’t make ludicrous truth claims that weren’t true. Indeed, many denominations of the religion avoid most of the worst of them; the further right on the faith spectrum you travel, the more claims you find and the more ludicrous they’ll be.

Most Christians can dismiss the worst of these claims right along with non-believers. Snake handling? Talking donkeys? Don’t be childish. An invisible place of suffering where naughty people go after death to suffer forever and ever? One Christian scoffs, “What are we, six?” The idea that at the end of the world, Jesus will whistle up all the good little Christians into the sky to save them from vast Tribulations? College-educated evangelical pastors doubt that’s literally true. The world popped into existence instantly over a week through magic? Depending on the way the question is asked, most Christians know that’s not the way it happened. Nor is it hard to find Christians who disdain the idea of astrology because everyone knows planets far away can’t influence individual humans’ fates (when everyone knows that’s the job of demons).

But the most ridiculous claim of the entire religion is still one that even the most liberal Christians cling to above all: that a big, magical, invisible man in the sky loves them and wants what’s best for them, talks to them all the time in their heads, does improbable things for them if they only ask very sincerely, and will give them a big house in the sky when they die so they can live forever and ever in happiness and luxury. The story of the Nativity is still, at its heart, the real live story of a real live god who literally incarnated himself into the form of a baby to help humanity. Christianity becomes a love story between a parental god and the “children” he nurtures–and this idea is not a metaphor in the least.

That central story at the very heart of Christianity must remain sacrosanct; without it, Christians sense that their entire religion collapses. The Bible even says that if the Resurrection didn’t happen, “our preaching is useless and so is your faith.” And if the Bible says it, then of course it’s true! Unless it’s talking about a talking donkey, Hell, snake handling, the Rapture, or Creationism. That stuff’s not true. Except this one big thing, because that’s totally true. The exact same Christians who know perfectly well that the Rapture is a childish fantasy still defend to their last breath the equally childish fantasy of a big magical sky daddy who wants the best for his children on Earth.

What would happen if Christians suddenly understood that the entire mythology of their religion is just that–a series of myths and metaphors? What if they knew that there isn’t a supernatural realm, no afterlife at all, no demons or angels making people do stuff, no big loving magical sky daddy ordering total strangers to go up to his followers with hamburger money for them, and no big cosmic purpose for each and every person’s life that is handed to them by a benevolent master that they’ll only see after they die?

What would even be left after the religion’s supernatural claims got shredded out of it?

And once we got done with those supernatural claims, we’d want to go after the non-supernatural claims as well, of course! Christians love making those too. I’ve seen even liberal pastors claim that their religion’s sex rules make better marriages (when there’s no indication that they do), that their parenting ideas make happier, better-adjusted children (see above note), that their communities are more functional and harmonious (see above again), and that their religion provides its adherents happiness, relief from shame, and a meaning in life (see above, with emphasis). I’d wager that most Christians secretly believe that there is a form of their religion that works for everybody under the sun, when that is clearly not the case.

What if we stripped each and every untrue claim out of the religion? What would it even look like if it wasn’t making all kinds of totally unsupported, unsupportable, baseless promises to everyone?

Christian atheism is one answer to that question. As weird as it sounds, that’s a real thing, but you can guess it’s not very popular. Al Mohler of the Southern Baptist Convention calls this form of Christianity “theological insanity” and sounds genuinely alarmed that it’s starting to catch on in godless Scandinavian countries.

No Nonexistent Products to Sell.

Non-believers are long familiar with Christian marketing. Its leaders and most fervent adherents are very much 24/7 salespeople tasked with selling a product that is invisible and intangible in every single way to people who will have no idea, once the euphoria of conversion has worn off, whether they possess it or not.

Beyond the threats and false claims, there is prosperity to sell potential converts. Prosperity preachers promise that obedience will bring vast benefits to believers, marketing their churches with all the zeal of business owners. The religion’s leaders make a good living convincing the flocks that their god is totally standing by to make their dreams come true.

For all that other Christians decry the rise of prosperity gospel, they can’t deny that this stuff sells like hotcakes. Books like The Prayer of Jabez promise readers to teach them how to “break through to the blessed life,” and it was a bestseller. The further right you go in the religion, the poorer and more miserable the adherents get–and the more fixated they become on this supernatural source of wealth. Evangelicals in particular have all kinds of excuses for why this prosperity gospel is okay but that kind isn’t, but in the end, they can’t avoid the potent tool that prosperity promises have become for evangelists.

It’s hard even to imagine a Christianity that doesn’t sell itself as a sort of supernatural investment scam to believers, that doesn’t promise vast benefits for a small expenditure of time and resources. Even the mildest, most liberal Christian groups tend to emphasize the spiritual peace and joy that come to believers, courtesy of a god who will eventually transform even the very worst person into a decent one.

What’s Even Left  After All That is Cut Away?

There’s very little left after all the bad stuff is cut out of Christianity–all the false claims, the false promises, and the myriad threats. It becomes a philosophy of charity, love, and kindness at that point, one driven by a desire to make this life better–to make this world a better place. The Jesus of Christians like that doesn’t look a lot like the one outlined in the Bible, but once one discards the supernatural bullshit in the book and rejects the hateful and cruel bits, cherry-picking a loving Savior out of that mess becomes much easier.

Some Christians do better than others at living up to the ideals of charity, love, and kindness. Some struggle to maintain belief in this or that supernatural aspect of the religion, giving window-dressing to those better impulses, while others discard all of that nonsense entirely. As long as they’re not pestering anybody or making false assertions in public spaces, I’ve got bigger fish to fry than them.

The good news is that more and more people are discovering that we can accomplish these goals and reach these ideals without Christianity. Little wonder that the liberal denominations are the ones falling apart the fastest–they’re the ones that don’t use fear and threats to hold adherents in the pews, and the ones that encourage doubt and inquiry the most. It doesn’t take long for someone to realize that every single good thing that Christianity might be able to confer upon believers is something they can get elsewhere for far less effort.

That the ones who do use coercive tactics to gain and keep adherents lose fewer of them is not something to celebrate, not some point of evidence of divine favor. It’s a sign of future disaster–of a tidal wave held back by a single faltering wall. When that wall finally breaks, you can bet that shit is going to get real for the Al Mohlers of the world very quickly.

In the meantime, I’m happy to be reminded this holiday season that the vast number of Christian denominations at least contain a few believers who aren’t totally awful–people with whom I can find common ground and, if necessary, work with to realize my own goals of social justice. 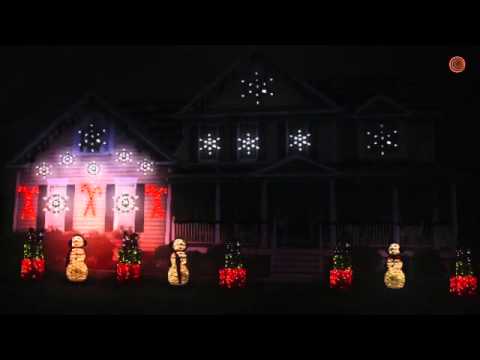