Hi and welcome back! Today, we prepare to watch a 2018 documentary called American Gospel: Christ Alone. It’s a critical analysis of prosperity gospel and how this ideology has influenced American Christians. This post is our setup post — tomorrow, on Monday, I’ll polish up the review itself and post it then. If you plan to watch the movie with me, I’ll be starting it at 6pm ET — feel free to hang out in the comments!

(Consequently, LSP will move to Tuesday. My shoulder won’t allow me to do two posts in one day.)

I first heard about this documentary from that Todd White article the other day. Apparently, it includes stuff about him — and criticizes him roundly for pushing prosperity gospel. (At first, he responded in the belligerent way we expect from evangelicals, but he soon repented. In our discussion, we looked at his “repentance,” when he decided he had not in fact been Jesus-ing correctly after all. But I’m not sure if his repentance includes quitting prosperity gospel. It’s a big part of his relative popularity.)

I watched the first minute of the doco, then decided immediately we needed to see this. It is that awesome. It’s a bunch of Christians arguing about what exactly TRUE CHRISTIANITY™ involves, and each trying to out-hardcore the rest. 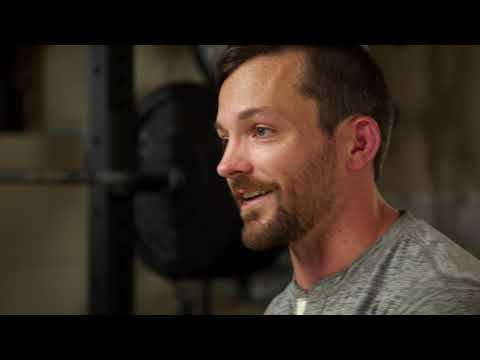 Obviously, it’s made by Christians for Christians.

Oh, and apparently there’s a sequel. In American Gospel: Christ Crucified, Christians argue about “the most difficult parts of the Christian Gospel.” And a third one’s on deck now, but I’m not sure exactly what it’ll cover. So this documentary represents part of a whole big thing.

The IMDB’s user reviews were almost all written by Christians who already agree with this documentary’s premise. And they love it, overall — it’s got an 8.8/10 score on IMDB. (It has no Rotten Tomatoes entry at all, but interestingly a search for “American Gospel” pulled up Beverly Hills Chihuahua as one of the site’s guesses.)

Many of this documentary’s fans specifically think that it will convert non-Christians, or at least show us what TRUE CHRISTIANITY™ is all about (so we’ll shut up about criticisms of their religion, I suppose). Others despise it. User “kymrox5” wrote on June 1, 2020 that it was “not even worth 1 star.” Her main complaint:

This is a thinly-veiled hate documentary against the Pentecostal church. These Calvanists play God & judge any church that doesn’t believe 100% the way they do, as heretical & false. The fact that they constantly take jabs at our Christian president, confirms to me that this is most probably connected to the left agenda at Netflix just in time for elections. According to these writers/directors anyone that makes a good living preaching the gospel has to be a charlatan.

Then she spends the rest of her wall-o-text review rationalizing the ostentatious lifestyles of prosperity-gospel pastors.

I’m sure the fact that this user happens to be the self-declared congregant of one of these prosperity-gospel pastors, TD Jakes, has nothing to do with her animosity toward the documentary. Nope, her close affiliation with this pastor couldn’t possibly explain her feelings about this documentary.

Seriously, this documentary promises to be a SHOTS FIRED volley in one of modern Christianity’s biggest recent slapfights ever.

I love watching Christians try to out-Jesus each other, and I never get bored of watching them argue about exactly what doctrines should go into all Christians’ Crock-Pot recipe for TRUE CHRISTIANITY™. This documentary will feature both, it seems, so it should be pretty good.

Also, apparently the documentary makers are Calvinists who have a special hate-boner on for Arminians. Arminians are the opposite of Calvinists; they think their god has not in fact chosen everyone’s fates already. Therefore, people can change their fates by accepting or rejecting Jesus during their lifetimes. As Calvinists start taking over more and more denominations (see: Calvinist J.D. Greear capturing the Southern Baptist presidency in 2018), they’ve been getting into more and more fights with their ideological enemies.

Mostly, then, I expect a lot of interdenominational bickering.

I don’t think this movie is geared toward selling TRUE CHRISTIANITY™ to non-believers. I think it more wants to shock prosperity gospel believers out of that ideology. However, as I noted, a lot of its fans very obviously think it’s the best evangelism tool ever. So I’ll be watching for potential sales pitches as well. We’ll discuss this aspect of the documentary — whether it actually fulfills its reviewers’ expectations as an evangelism tool or not — later on.

On that note, I seriously don’t get why Christians would think a documentary about interdenominational bickering would ever make anybody want to join their religion, but maybe this doco will answer that question somehow. Who knows?

I am in a fine mood today so I will crack open a bottle of Prosecco. It will look pretty in my butterfly-painted wineglasses! We ordered gyros today, so this will go down well with the baklava we got. Mr. Captain will probably be at least half-watching with us for a little while.

(I’ll let you know when he finally checks out and asks me to wear headphones FOR THE LOVE OF KITTENS, PLEASE OMG MAKE IT STOP.)

I hope you’ll join me! I’m putting it on at 6pm ET. You can find it on Netflix at the very least. If you don’t want to watch, enjoy the fun vicariously!

NEXT UP: The official review, once I sober up a bit and clean up the worst typos. LSP on Tuesday! The finale is finally heating up — and Edith Duster returns for it!

If you like what you see, I gratefully welcome your support. Please consider becoming one of my monthly patrons via Patreon with Roll to Disbelieve for as little as $1/month! My PayPal is captain_cassidy@yahoo.com (that’s an underscore in there) for one-time tips. You can also support this blog through my Amazon Affiliate link–and, of course, by liking and sharing my posts on social media! This blog exists because of readers’ support. I appreciate every single bit of it.