Hi and welcome back! Lately, we’ve been reading and discussing Christian Smith’s 2019 book Atheist Overreach. In part of it, he accuses a noted scholar and bestselling author of atheological metaphysics. Today, let’s examine what that is, and why it doesn’t exist — except in the minds of Christians who desperately need a way to negate their critics.

(Previous Atheist Overreach posts: Conservation of the Law of Worship; Blaming the Wrong People; The Wrong Questions to Ask About Atheism; Avoiding the Burden of Proof; Wingnuts Galore; The Courtier’s Reply. Page citations come from the 2019 hardback edition of the book. All emphases exist in the original sources unless noted. Also, I don’t use scare quotes without warning you.)

How To Make A Courtier’s Reply Really Pretentious.

Last time, we covered how Atheist Overreach commits the error of the Courtier’s Reply. But it manages to make it even worse than usual. Indeed, author Christian Smith writes this comment regarding the book Sapiens by Yuval Noah Harari (p. 89):

How, I wondered, does or could Harari possibly know these things [about his god’s nonexistence]? From artifacts dug up in archeological excavations? From fossils archived in natural history museums? I think not. Said plainly, Harari is here engaging in a deceptive sleight of hand, an unacknowledged smuggling of atheological metaphysics in through the back door of science, ostensibly with the authority of science.

Goodness, Smith just sounds so pleased with himself — especially regarding that bit about “smuggling of atheological metaphysics.” Like Harari snuck it in under cover of darkness, in the dead of night, right under the unsuspecting wardens’ noses!

This use of the term atheological metaphysics caught my eye bigtime.

(BTW: I just got Harari’s book. It looks so far like it will be one of my favorite reads of the year. And if I may say so, if Sapiens made Christian Smith peevish, I wonder what he’d make of Harari’s next book, Homo Deus.) 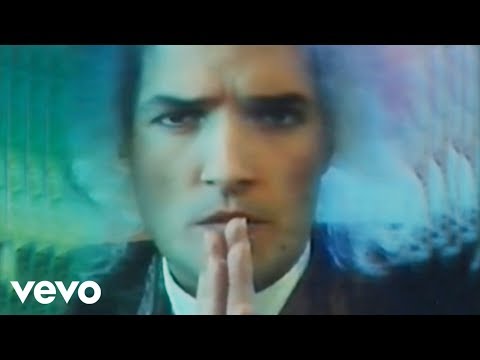 Over the next couple of pages, Smith then offers more examples of this outrageous turf-trespassing from other scientists and science types. He helpfully tells us what their specialties are, too!

And y’all, Smith is very, very peevish about this unending parade of what he calls “ignorance” and “arrogance” on the part of these scientists. They need to stay in their lanes! They need to stop engaging in all this atheological metaphysics!

Most of all, these scientists need to let religious leaders decide if their claims are objectively true or false! Nobody else is allowed to go there, ever!

Metaphysics, The Perma-Blinking Turn Signal of the Wingnut.

I just need to get this off my chest: metaphysics in general is beyond ridiculous wankery that exists solely to make ridiculous ideas sound slightly more respectable.

We’ve often seen Christians try to use metaphysics to add a veneer of objective reality to their claims. It’s downright hilarious. Thankfully, this tactic has faded somewhat from popularity for the most part, though we still run across Christians who mistakenly think metaphysics represents their lucky golden ticket that’ll PROVE YES PROVE that their god is real.

To be sure, of course, the hucksters shilling metaphysics-based apologetics sure think metaphysics can do that!

I think they think it’s a variant of real physics, like how quantum physics is. I mean, it even has the word “physics” in the name! It’s right there! See? SEE?

But no. Metaphysics has nothing to do with real physics. It’s not a realm of nature, nor a branch of the physical sciences.

Okay, So What is Theological Metaphysics?

Just going by the comment in Smith’s book, I supposed that theological metaphysics involves assertions about the existence of gods. But I’m a methodical little cat by nature. I wanted to know what that meant before I went checking out its apparent polar opposite.

When they weren’t utter gibberish, the Christian sites I consulted defined metaphysics as the study of the nature of reality itself, just somehow without actually referring to anything objectively real. (In fact, La Wiki informs us that some very big names in philosophy, including Francis Bacon and David Hume, rejected metaphysics as worthless precisely because it does not tether to reality.)

Thus, theological metaphysics involves the study of the objective nature of gods, I guess.

I don’t see how adding two faux-sciences together gets us one real science, but whatevs, right?

So now let’s look at this notion’s opposite: atheological metaphysics!

Atheology might be an invention of Alvin Plantinga, a Christian philosopher. I found a discussion of it here from Edward Feser.

Apparently, Plantinga tried really hard to sell his tribe the idea of atheology as a sort of wacky Opposite Day mirror-image of theology. In his view, atheists created atheology to compete with Christianity’s theology. Here’s the money quote Feser offers up:

“[S]ome theologians and theistic philosophers have tried to give successful arguments or proofs for the existence of God. This enterprise is called natural theology… Other philosophers, of course, have presented arguments for the falsehood of theistic beliefs; these philosophers conclude that belief in God is demonstrably irrational or unreasonable. We might call this enterprise natural atheology.” (pp. 2-3)

Feser’s assessment: “With all due respect for Plantinga, I’ve always found the expression ‘natural atheology’ pretty annoying, even when I was an atheist.”

This notion goes way past “annoying.” It’s dishonest, in fact, as well as ridiculously puerile. Plantinga either doesn’t understand what fields of science really are, or else he is ignoring that knowledge. He tries to make those rejecting his religion sound like silly little children being obstinate and foolish — and he does it for a very good reason.

It’s very, very important to Christian Smith that he be allowed to make whatever assertions he likes about reality — without fear of challenge or pushback from those who know better.

He needs his opponents to stop challenging his assertions. He needs them to fear treading into his “turf.” To that end, he mocks his enemies, mischaracterizes their pushback, and even invents this totally made-up field of study they supposedly engage in whenever they vocally reject his own claims.

However, he’s already trampled their turf with those claims.

To reflect his own accusation back at him (p. 89):

But he obviously feels entitled to wander onto [science’s] turf, to pour a tank of gasoline on it and to set it on fire. Worse, he does not even seem to be aware of his own intellectual category-shifting here.

Yeah, that about covers flybys.

The Reality-Based Claims of Christianity.

The moment — the very second — that a Christian asserts something reality-based about their god or their religion, then it is our perfect right to investigate that claim, test it, and discuss the results of those tests.

That’s not atheological metaphysics. That’s just plain ole science, doin’ what it always does and what it’s s’posed ta do. It sees claims about reality that can be tested, and it tests them. Then, it talks about what it’s discovered.

If Christian Smith doesn’t like that, the solution recommends itself immediately, I would think.

But he can’t. If he concedes that the world of science is starting to seriously test Christian claims and is finding all of them wanting, if he stops making truth-based reality claims about the real world that can be easily tested and refuted and debunked and thus rejected, then his religion stops being a source of authority.

At that point, Christians might as well all be bellowing about which Batman is best every Sunday at 10am.

He’s got the usual way of wiggling free of his burden of proof and any expectation of intellectual honesty, by the way, but we’re gonna talk about that one tomorrow. That topic needs some room to stretch its legs, I can already tell.

Why We’re Talking About All This Stuff.

Okay, so like maybe you’re wondering why I’ve spent a solid week ripping a Christian a new asshole over one-third of his thankfully-short apologetics book.

When I began, I wasn’t really expecting the review to take that long. As mentioned, it’s a short book!

This guy just packs so much awfulness — so many bad ideas, so many fallacies and manipulations and mischaracterizations — into his work that it’s mind-blowing. What’s more, his tactics and ideas sound a lot more like the garden-variety Christians most of us are likely to run across — the ones who mistakenly think their beliefs are based on reality and that we’re just big ole silly-billies for not accepting their claims.

So I wanted to take my time with it.

And I appreciate very much that you’re walking this road alongside me. Thank you so much! <3

NEXT UP: And if you haven’t padded your desk yet, you might want to lay in supplies. Because tomorrow, friends, we dive into evil scientism. Ohhh, my. See you then!