Hi and welcome back! I’ve wanted to feature this topic for a while now, and today seems like a great day for it. Way back when, evangelicals clutched their pearls over an imaginary Satanic plot to take over the world. A big part of that plot centered on demons influencing the hearts and minds of teenagers. And in turn, a big part of that influence centered around rock music. That a whole subgenre of rock music featured Christian themes and ideas meant nothing to the Satanic Panickers. Today, Lord Snow Presides over one of the sillier facets of the Satanic Panic: the moral panic Christians started over ‘Christian rock.’

(In today’s post, we’re talking almost exclusively here about hard-right Protestant Christians — evangelical extremists, mostly. Catholics came to the Satanic Panic very late — as in, just in recent years. They very sensibly stayed out of this nonsensical moral panic back then. But their hardliners and wackadoodles are trying their very hardest to revive it now.)

The Battle for Hearts and Minds.

Back in the 1980s and 1990s, the Satanic Panic enjoyed its heyday. This was a huge conspiracy theory that imagined that demons were controlling the masters of American society and culture: politicians, law enforcement officers (LEO), teachers, celebrities of all types, artists, and more. The demons’ goal was simple: to push TRUE CHRISTIANS™ from dominance. Once these Christians were fully marginalized, went the thinking, demons could really go to town on winning people’s souls away from Jesus.

Only the unrelenting resistance from TRUE CHRISTIANS™ could possibly stop the demons from turning America into the next Sodom and Gomorrah — and from there, persecuting Christians like themselves in earnest.

Even back then, the Panickers imagined the demons laser-focusing on children and teenagers. I can see why. The sorts of Christians who bought into the Satanic Panic have always perceived that age group as being easily influenced by demonic wiles.

The Demon Beat of Africa.

“One of the [African] pastors asked me this question, Do you mean to tell us that this kind of music is played in your churches in America?

“I answered in the affirmative. His response was filled with disgust and anger as he replied with another question. What are you doing allowing your church people in America to call up the evil spirits with their music?”

I really don’t know how I missed how incredibly racist the crusade against rock music really was. Here’s the gist of what Satanic Panickers thought then:

Demons liked rock music because of its incessant drumbeat. This drumbeat comes directly from demons operating in Africa, and they brought it over to America in the form of rock music. So any music that sounded rock-like was obviously demonic in nature.

Breathtaking, really. Our folklore was filled with breathless stories of missionaries identifying rock music’s beat with demonic rituals they’d encountered in Africa. This website contains stories that sound almost identical to ones I heard as a Pentecostal.

Indeed, this concept of the “demon beat from Africa” became a very popular one in my crowd back then. My first pastor only allowed very limited kinds of music in church services — even ones aimed at teenagers — and nothing that could be remotely considered rock. I don’t think he even allowed drums on stage at all (if he did, their players had very strict rules about what they could play), nor any electric guitars or stuff like that.

Our views generally fell into line with Satanic Panic media of the time, like this documentary from 1989 called Hell’s Bells.

The host of this thing still makes apologetics videos. He looks like someone dipped Jeff Foxworthy into a vat of anti-humor.

But one subgenre of rock music earned my tribe’s greatest ire and most vocal condemnation:

The Rise of Christian Rock.

For a while, secular rock musicians in the 1950s and 1960s occasionally released Christian songs and albums. Elvis Presley might be the most successful of the lot of them. Indeed, he made several albums of Christian music. But so did many other popular artists.

By the late 1960s and early 1970s, Christian musicians began to focus entirely on Jesus-flavored music. These specialized musicians used the “demon beat of Africa,” sure, and lots of electric guitars. But their words and themes were undeniably Christian.

And TRUE CHRISTIANS™ rejected all of it.

This book will prove that Satan has his hand in every type of music under the sun. The only music he can’t touch is true, scriptural, godly music that brings real praise and honor to God.

By wild coincidence, the only music immune to demonic interference sounded exactly like the music that Jeff Godwin and his cohort grew up with and liked most.

Anything new and different was, by contrast, obviously demonic.

Naturally, Godwin accuses any Christians who think otherwise of having “a hardened heart and spirit” (p. 19). His view can’t be wrong. Nope! Theirs must be.

Close Enough Is (Not) OK.

But by the time this silly book arrived on the shelves, Christian rock was here to stay. In the early 1990s, I even heard about printouts of band comparisons at music stores — so if a customer liked, say, AC/DC, but didn’t want to listen to secular music, the clerk could suggest a Christian band that sounded kinda similar. And the list of similar Christian bands only grew longer as the years passed. Many seem to have deliberately cultivated their similarities to secular acts.

As the blog Leaving Fundamentalism puts it,

It didn’t really matter how accurate the comparisons were, as long as they were close enough to keep Christian teenagers away from the devil’s music.

Indeed, that was the entire goal. Many Christians thought that their children had to be kept safely within their Christian bubble. And the only way to do that, these parents thought at the time, was to create a sorta-kinda-similar version of the music their kids’ friends all liked.

Christian Rock wasn’t the same. It couldn’t ever be the same, and it was rarely even close enough to recognize the secular band being imitated.

But it was close enough to hopefully satisfy kids while not giving their Christian parents the vapors.

But TRUE CHRISTIANS™ rejected this entire strategy. They knew better than to compromise. Even the slightest bit of compromise could lead straight to Hell! So they guarded themselves (and their peers) very carefully for any hint of loosened standards or relaxed rule-keeping.

It’s no accident that Keith Green, an artist that TRUE CHRISTIANS™ usually accepted as one of them, released an album with that name. It became a hit with them, along with a song containing that line. 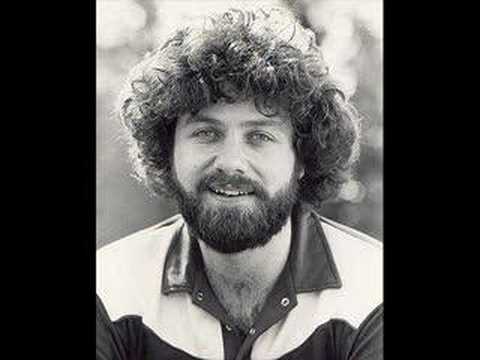 “Make My Life a Prayer to You.”

Make my life a prayer to you
I wanna do what you want me to
No empty words and no white lies
No token prayers, no compromise

And that verse described not only what TRUE CHRISTIANS™ wanted for themselves, but also what they wanted most for their kids. So the music their kids bought and listened to needed to be carefully patrolled and kept 100% Jesus-y.

The very souls of those children were at stake here.

It didn’t matter how many Jesuses-per-minute a song managed to cram on top of its demonic backbeat. That didn’t make it a Christian song. Only sounding like a Victorian hymn made a song Christian.

And heck, maybe not even that.

They Can’t All Be Successful Moral Panics.

As moral panics go, this crusade against Christian rock music never rose to the level of the one about abortion. That’s why the anti-abortion crusade continued and only strengthened, while the one about rock music sorta faded into the background.

I mean, yes, it gave TRUE CHRISTIANS™ that superiority-boner they love to spring. And it certainly let them feel oh-so-much-better than those other lesser Christians who just didn’t Jesus correctly like their betters did.

But like most of the other moral panics Christians have invented and gone all a-flutter about, this one was destined to fail. Its talking points collided too hard with reality to survive that impact.

All those teenagers growing up with TRUE CHRISTIAN™ parents eventually became adults. As they did, they found their way to better music — and discovered just how awful those imitations really had been. Just as the DARE anti-drug campaign backfired, the crusade against Christian rock did as well when kids realized that reality did not conform at all to the fearmongering lies they’d been taught.

Perhaps these Christian young adults even noticed that the “fruit” of Christian rock, as preached by Jeff Godwin in his 1990 book, sure looked like it was growing mostly on TRUE CHRISTIAN™ trees (p. 8):

And y’all, nothing’s really changed with that crowd. These qualities still mark them and everything they do!

The Roots of Modern-Day Dysfunction.

Moral panics might represent authoritarians’ favorite way to seize temporal and cultural power. They also reinforce a dysfunctional group’s tendencies toward lockstep opinions. So this one helped, in its way, to get this dysfunctional, authoritarian group to its present-day form.

When I see the conspiracies spinning out of control in that crowd nowadays, I can easily recognize in my own past the seeds of their anger, confusion, denial, and delusion.

The moral panic against Christian Rock made its hucksters a little extra money off the backs of terrified, infuriated sheep, too, and helped cement their gullibility and embrace of wackadoo conspiracy theories.

What more could a Satanic Panicker want?

Today, Lord Snow Presides over the moral panic of TRUE CHRISTIANS™ over Christian Rock. It might have failed to last, but it sure helped get today’s toxic Christians where they are now.

NEXT UP: It looks like the new TRUE CHRISTIAN™ strategy is, indeed, going to involve guilting Christian parents into forcing indoctrination on their kids. Ouch. See you tomorrow as we take a look at how that’s going to work.

Lord Snow Presides is our off-topic weekly chat series. Lord Snow presides over a suggested topic for the day, but feel free to chime in with anything on your mind. We especially welcome pet pictures! Lord Snow was a very sweet white cat. He actually knew quite a bit.

Last notes: My copy of this book still smells faintly of cigarette smoke. When I opened the box from the bookseller, the stink wafted right out. I guess “Christian Rock” is right out, but cigs were fine for this book’s original owner! Also, the cover looked super-Chick-tract-ish, which is why I noticed it in the first place. Indeed, the publisher turned out to be none other than Chick Publications.

Also, I liked this silly video by a Christian lampooning the moral panic against Christian Rock: 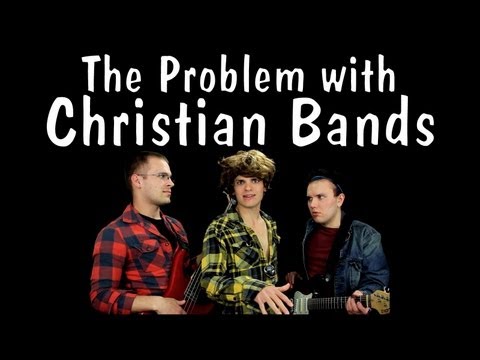