In a few hours I’m firing up Dark Dungeons. Before I do that, I make a few notes about the movie to start us off–where I’m coming from as I watch it, and why I feel so strongly about the game it demonizes.

Way back when, my mom bought me and my little sister a boxed starter set of Dungeons and Dragons. We thought it was a board game like the Avalon Hill stuff we liked at the time.

I was about 13, my sister around 12, and it was the early-1980s. I took to D&D like a duck takes to water. What fascinated me most was the way that people could temporarily become their characters–acting out beings who might not even be human, and trying to guess what they’d think and do in a certain situation. There was a group-performance aspect to it, too, that completely captivated me.

It’s weird now to even think that there was a time before roleplaying games. I came onto the scene near its birth–the game had initially been created in the mid-1970s, but it was just starting to take off with boxed sets. This is probably the one I got–the set included a white crayon that you had to use to color in the numbers on the dice (which were made of the cheapest possible plastic, and warped a bit with use).

I’ve still got the manual itself, the box, a bunch of notes and maps I drew decades ago, and some numbered chits, but the dice and crayon are long gone. The missing pieces hardly matter now; one of the game’s real strengths is its modularity. Someone can swap out one rule for another if they prefer; they can use dice or coins or chits or go diceless entirely for more freeform storytelling; they can even change any part of the canon background of a gameworld.

But observant readers will notice the strangest missing piece from the boxed set.

In point of fact, it’s a damned innocuous–even charmingly innocent–game. It barely even supports the kind of intensive roleplay that most folks (including me) think of today when they think of the term “roleplaying game.” The original D&D was more like a medieval-themed wargame than an exploration of the psyche or a group storytelling effort–which might be because its main creator was way into miniature-based wargames. In spirit, it was much closer to Warhammer than to Vampire: The Masquerade. You could make it about Greeks and Persians, or even clowns flinging glitter and pillows at each other, and it wouldn’t function much differently. And indeed, some people still play it in that fashion.

The only real way someone in the mid-1980s could have possibly have thought that D&D was a genuinely demonic or evil product was if that person knew absolutely nothing about it and bought into a conspiracy theory about demonic forces trying to take over the world.

Jack Chick fits both of those descriptions to a T.

In his delirious imagination and willful ignorance, roleplaying games telescoped into part of his sweat-soaked terror of Illuminati New Ager Satanist Wiccan drugged-out gay people who secretly ruled the world and wanted to seduce every young person in America into their sinful iniquity.

They’re coming for your children! he shrieked to every parent in America. The games he railed about–so harmless, so truly mundane in their simplicity and straightforward in their mechanics–became the tools of the darkest of forces. They’re teaching kids how to summon demons and cast spells!

And American parents, already reeling from all the metaphysical bullshit being flung around in the 1970s, believed him.

The Satanic Panic hit its crescendo with the movie Mazes and Monsters, a 1982 production starring a 26-ish-year-old Tom Hanks (right before he hit the big time with Splash and Bachelor Party) playing a college student who got way in over his head with “Mazes and Monsters.” It was a way-fictionalized retelling of a real thing that happened to a severely-troubled young man named James Dallas Egbert III in 1979.

Many people at the time blamed his disappearance on his obsession with roleplaying games–which only fed into fundagelicals’ fears. When another young man’s suicide was (inaccurately) blamed on involvement with D&D, that death was only confirmation of their ideas.

Mazes and Monsters was a genuine cultural event back then, similar to and almost as universal as The Day After was (and it came out right about the same time, come to think of it!). Placed as it was at the very beginning of the cable-TV era, it was watched by a vast audience, aired by CBS, which thoughtfully offered a panel of “experts” afterward to discuss the dangers posed by roleplaying games.

I was on vacation with my family at my grandparents’ house in Baltimore when it came on. My mother forced me and my sister to sit through this ludicrous movie and the discussion panel afterward, which is a few hours I will never get back, and then we talked about the points it had raised.

I don’t remember what we discussed in particular, but I remember being very vocal about how ridiculous the movie was and how completely unlike my experience it was. I’d already noticed that someone had been giving her religious tracts that demonized roleplaying games, and I knew what was on the line here. My friendships, my entertainment, and my growing independence were being threatened.

My mom relented at that point; she was a methodical, logical woman with a keen mind and a genuine distaste for histrionics and drama, and this movie had completely destroyed her fears rather than stoking them. Between the movie’s ridiculous premise and cringeworthy ideas and what my sister and I had to say, she was finished with being afraid of it. If you watch it yourself, you’ll quickly see why the movie had that unexpected effect: 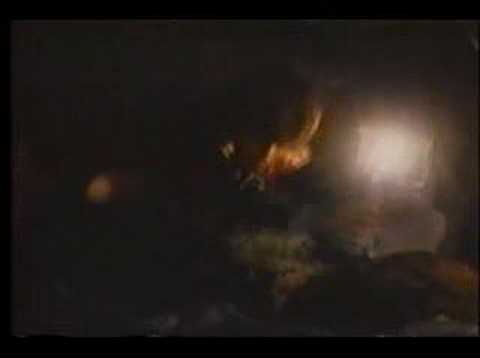 I Don’t Want to Be Elfstar Any More. I Want To Be a Jesus-Bot.

The tract Dark Dungeons occupies the same mental headspace as Mazes and Monsters. In its world, D&D is a sort of training ground for young warlocks and witches. Its architects and authors are Satanists seeking to control the world and add to their dark army. Anybody who messes with D&D is going to end up either dead or demonically-possessed (which the tract literally illustrates)–but on the plus side, they’ll learn how to cast magic spells that really work!

Jack Chick’s main issue with D&D appears to be that it’s a serious competitor with Christianity for people’s souls. Both teach magic, but only his kind of magic is okay. D&D’s kind of magic is not okay. And it’s totally okay for Jack Chick to recruit kids into his magical cult, but not okay for Satanist to recruit into theirs. (This is of course assuming that anything he claims is true, which it isn’t anyway.)

What really offended me, though, worse than the lies the tract and hysteria painted about my hobby, was the implication that no Christian could possibly ever get into these games–that they were utterly antithetical to Christianity. Jack Chick painted a world in which only one kind of Christian was acceptable–his kind. Any other kind was anathema. And I had a lot of trouble with that idea. I was a Christian until my mid-20s–and I certainly never saw a conflict at all between gaming and religion until I became a fundamentalist.

Even after becoming Pentecostal, I knew that Jack Chick’s descriptions of gaming were totally inaccurate and wrong. I also knew a lot of fellow Pentecostals who totally believed those descriptions–and nothing I said could dissuade them. They assumed I was just wrong, and that sooner or later I’d run into a “Ms. Frost” who’d induct me into the cult and teach me about “the real power.” I had been playing with a loaded gun, and only divine grace had protected me.

It didn’t help at all that a lot of Christians pretended that they’d had experiences similar to the ones Jack Chick and others described–such as my own then-boyfriend and later-husband, Biff, who lied freely and constantly about his past. He aspired to a full-time paid position in ministry, which meant he absolutely had to have a compelling story to tell the flocks. Inspired by the adulation and awe bestowed upon their idols, trendy Christians like him incorporated roleplaying games into their “testimonies”* and tried to one-up each other with how demonic and scary their stories were.

That’s where this movie fits in with fundagelical culture. It’s the story that Christian liars-for-Jesus wish was true, wish had happened to them, wish could possibly happen. If this movie’s events really could happen, then so could everything else in Christianity. Its story validates their claims in a way that very little else could.

Dark Dungeons, which came out just a couple of years ago, is an indie movie made by people who genuinely seem to understand and appreciate gaming culture. It’s made by Zombie Orpheus Entertainment/Dead Gentlemen Productions, the same group responsible for The Gamers–which is quite possibly the coolest and funniest RPG-based production I’ve ever seen. (And by the way, the below link was okay with them–which makes them extra-mega-rockstars in my book.) 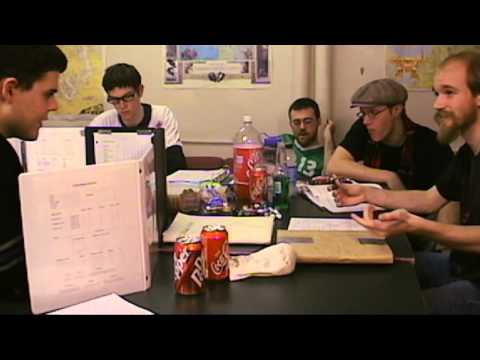 Jack Chick’s theology and doctrines are horrifying, but in that “old man yells at cloud” kind of way. He just hated everything so damned much that it turned into this fizzing, bubbling background noise of impotent rage and inchoate dread that becomes funny and, in its way, almost charming. It’s hard to take a guy seriously when he’s shaking his fist and clutching his pearls over something that millions of people know is harmless–so I suspect he had the same effect on Satanic Panic that Fred Phelps had on bigotry: he showed just how ridiculous it was.

That level of ridiculousness what makes Dark Dungeons work as a movie. Everyone involved is playing this thing totally straight. They’re not being hiply ironic or even vaguely mocking. They’re pretending that the world Jack Chick describes in the tract is the real world, and that the stuff that happens in the tract actually happens in real life.

That complete sincerity may well be how the moviemakers got Jack Chick’s permission to make the movie at all. Not only did he give them permission, he gave them the rights for free. Did he realize that his tract is mocked the world over? Did he understand how many people moved further away from Christianity as a result of his fearmongering and dishonesty? I genuinely don’t think so. Or if he ever heard about it, he discounted those stories in favor of the few “liars for Jesus” who insisted that his world was totally true, and that his vision of D&D was accurate.

I’m expecting to like this movie quite a lot. I’ve got a bottle of my mother’s favorite drink, sherry, that I plan to work my way through, and I’m busting out the popcorn!

Just a few hours to go!

I’ll be adding comments to this post as I watch, and invite you to do the same. I’m firing up the movie at 8:30pm PST–I hope you’ll join me!

* Testimony: a Christianese term describing a Christian’s conversion story, which functions as a sales pitch. The testimony must include a short introduction about how the Christian had been corrupted and ruined by “the world,” meaning secular culture, then a shocking conversion that often involves a miracle, and lastly a glowing endorsement of how wonderful life is now that the Christian has converted. Testimonies should be considered as trustworthy and accurate as any other before-and-after story told by a salesperson.