Hi and welcome back! Yesterday, we had a good larf over a post from Brett McCracken over at The Gospel Coalition (TGC), where truth and grace go to die. He had some very strange opinions about deconversion and faith, and we picked those apart. But I wanted to save a couple of his ideas for later posts, because they deserve extra attention. One of those is his strange sense of entitlement over dictating exactly what ex-Christians should or shouldn’t do. Today, let me show you the Christian salesman who insists we must try his product before he’ll even come close to considering our deconversion valid — and why we do not actually need to try every flavor of Christianity first before deciding it’s not for us.

That Eternal Question: “Have You Tried TRUE CHRISTIANITY™?”

In the post we reviewed yesterday, Brett McCracken subtitled one of his sections with that: “Have You Tried True Christianity?” It made me laugh so hard. He just has no idea what end is up, does he?

However, to give him some tiny bit of credit, it’s a very common question out of his end of the religion. It probably doesn’t even occur to him that he’s acting like an inconsiderate, disrespectful, and control-grabby asshat to the exact people his god commanded him to love and treat well.

Now, I don’t hear this question so much out of liberal Christians lately. Maybe they heard us. Whatever the reason, they’ve become more live-and-let-live with us ex-Christians in the last few years, in my experience anyway.

Oh, but TRUE CHRISTIANS™ get personally offended by deconversions. They’re convinced every single deconversion is done for invalid reasons.

(That’s not surprising, since inept salespeople allow absolutely no valid reasons for rejecting their product; this is exactly why we shouldn’t care what they think of our purchasing decisions.)

With that assumption, TRUE CHRISTIANS™ are equally convinced that they can find the magic words needed to convince ex-Christians to reconsider their deconversions.

Egad, I wish I had a nickel for every self-professed TRUE CHRISTIAN™ who hears I deconverted and asks that exact question immediately in response. Seriously, the first thing they do is question whether or not I ever tried their particular quirky li’l take on the religion. They’re just so hilariously certain that we’d never have deconverted if we’d only sampled their product before making up our minds.

The Meaning and Demand Behind This Deconversion Question.

When you get asked a question like this, or saddled with demands to jump through hoops, this is what it actually means:

I don’t respect your decision or even, really, your capacity to make this decision in the first place. It doesn’t matter to me what you did or learned, nor how you suffered as you came to your conclusions and disentangled yourself from my religion. Nothing you say or do will ever be enough for King Me. My certainty trumps whatever you’ve got to say.

And it always will.

With this statement, of course, comes an implicit demand. Now that we’ve been asked the magic question, we must turn around and sample their product. If we refuse, then our deconversions aren’t really valid. We owe these salespeople our time and attention: instantly, pronto, now. Their narcissistic sense of urgency overrides anything else we had going on.

And the question carries an implicit invitation: should we realize our error and realize we simply didn’t absorb enough information about Christianity prior to realizing it’s all fake and untrue, then never fear! They will very graciously and heroically take us to their churches so we can sample TRUE CHRISTIANITY™.

They’re very certain that once we sample their flavor of Christianity, we’ll know we were totally wrong all along.

This request takes many other forms, of course.

Every one of these has happened:

The newly-jilted pastor who dumps an entire box of theological blahblah on you and expects you to study and memorize thousands of pages of it “just so you’re sure of what you’re doing.”

Or the elderly auntie who throws apologetics books at you for the same reason. She can’t explain any of their ideas and probably didn’t even read them herself. But she’s heard they’re surefire salves for whatever she thinks your reasons are for deconversion.

Or the parents who drag you to different churches, just in case one reignites your lost faith.

(Speaking of which: anyone remember the video of the screaming Catholic mom who insisted that the family was going to start going to church again, now that her son has declared his deconversion and atheism to her? We sure do.) 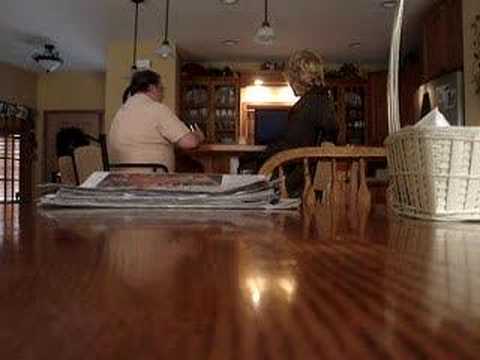 The pastor who goes all-out the moment he realizes you’re on your way out the back door, peppering the whole congregation with sermons aimed at exactly what he (falsely) imagines is your big problem with Christianity.

Worst of all, the unexpected and very tense confrontation with people you thought were your best friends, who are now all red-faced and yelling at you about how you’re going to Hell — trying, it seems, to physically force you back to belief.

All of these Christians ask the same implicit questions as Brett McCracken:

Yes, yes, but have you tried our flavor of Christianity, which is of course TRUE CHRISTIANITY™? Are you sure you didn’t miss something? That your flavor was the right one at all? You wouldn’t have left if you had only tried this one.

The False Promise of Validation in Deconversion.

These implicit promises are all false, of course. Read the blahblah and the apologetics books. Attend all the churches your family and friends insist you should. Study all the Bible verses thrown at you. If you come to the same conclusions afterward, you’ll only be accused of doing it all with a hard heart. (Woe betide the heathen who mentions that the Mad Blood God of the Desert [MBGD] has a stated history of “hardening hearts.”)

I guess they don’t look around much at their churches. Or else all the people leaving their flavor didn’t Jesus correctly, like they do.

Goodness, it seems so incredibly hard to Jesus correctly.

It’s almost as if the religion’s goals and lines keep shifting as Christians need them to move in the moment — which is, of course, a sure sign of something true and real and good, right?

A Worldview That Depends on Invalidating Deconversion.

So if Brett McCracken ever ran across yesterday’s post and discovered that I completely fit into his list of what TRUE CHRISTIANITY™ involves, I’ve got no doubt in the world that he’d just find a way to invalidate everything I ever did as a Christian — and from there, negate my entire deconversion.

After all, he must. His entire worldview depends on me not having a valid reason for deconversion (you know, like it’s just not true). If he accepts my deconversion as valid, then that opens the door to his magic book not being 100% literally true in every single way. Suddenly, his religion would not be the universal solution and life-guide for every human being on Earth.

As I said yesterday, he’s a salesperson. He’s inept at it, but it’s still his chosen profession. His income 100% depends on maintaining the exact worldview that he has — and selling it to others. He must tell his audience that deconversion is simply not a valid option for anybody, ever, at any time. They’ll accept nothing less in turn!

Of course, this leaves him failing at both the Great Commission and the Greatest Command. But Christians like him forgot all about those long ago — or redefined them into unrecognizability to excuse their desired behavior.

Hey, You Can Reject Deconversion Demands.

I gently suggest that y’all not bother trying to appease people who want you to try every flavor of Christianity before King Them will graciously deign to consider your deconversion valid, maybe, possibly.

The people who matter will accept your decision without fighting about it. They’ll know it has nothing to do with them. The ones who don’t matter will broadcast their true status loud and clear by acting exactly, well, like Brett McCracken has here.

The truth of the matter is this:

Christianity’s claims are not true. None of them actually describe reality. No flavor of the religion — save for actual Christian atheism, which is a thing and not just a snarl word fundagelicals fling around — actually lives and makes its home in reality.

Once you realize that the claims aren’t true, you’re done. You’re free. Your deconversion is valid, no matter what brought you to it or what went into it.

(You may even find, as time goes on, that your reasons shift and change as you add to your understanding. That’s fine. Mine have.)

Deconversion in the Religious Marketplace.

The awesome part is that you don’t even need to be Christian even once, even for one day, to come to this conclusion. You do not ever need to stop to listen to what I once heard Penn Jillette mock as “every nut with a story” to be valid in your deconversion. Your time belongs to you; use it as you see fit. You owe salespeople nothing.

You can assess Christianity — or any religion really — from afar and see that it’s not true, and decide you don’t want to affiliate with Christian groups without ever walking through a church door. It’s your right, as a consumer in the religious marketplace, to taste, test, and purchase however you like — and to walk out of the marketplace altogether.

Holding fast to your rights as a consumer will not make Christianity’s inept salespeople happy, of course. But the time has long passed when we needed to concern ourselves overmuch with how awful people feel. Let them tantrum on their own time. We’ll just laugh when they do, like we did yesterday.

But we will not bend over backwards to appease people who absolutely won’t ever allow themselves to be appeased.

NEXT UP: A new report about new religious movements in Catholicism reveals something that won’t even surprise anybody around here. Then, we’ll check out exactly what “bespoke religion” looks like compared to King Brett McCracken’s TRUE CHRISTIANITY™. See you tomorrow!