If you hang out on Twitter, you might have seen a peculiar decal making the rounds: a stylized rainbow man embracing a stylized man printed with the Confederate flag. Beneath the figures is the slogan “FORGIVENESS 2016.” Variants of the figures (some quite inventive) and comments on them have been making the rounds extensively, mostly in a mocking way.

This mockery is well-deserved, because it’s not time for forgiveness yet.

The initial image that inspired this revised decal depicted a Confederate-flag man kicking a rainbow man in the stomach. It was spotted above a Donald Trump bumper sticker, making many people think–mistakenly–that the two images had actually been manufactured together initially. To the contrary, it’s very likely that they were purchased separately and then combined, which would mean that the person who created it wanted to convey his opinion that Donald Trump would support this mentality.

LGBTQ Nation reports that someone said that the kicking decal was available from Fast Decals, an online shop which produces a number of these sorts of products (and the article there notes that one could also purchase the figures in the opposite configuration–a rainbow man kicking a Confederate man), but if that’s so, they’re certainly not available there now as a specific item. The karate-kick image itself is available in a multitude of configurations and prints, but you’d probably have to special-order it to get it to look like the image on the truck. (I’ve reached out to the site to ask if they do indeed sell either noted configuration, and I’ll let you know if/when they respond; for now, we don’t know for sure that this is the source of the decal in the initial image.)

Interestingly, the site also offers a wealth of Confederate-flag-printed stuff, including this decal that demands that “ignorant” viewers stop equating affection for this flag with racism. This opinion is very common among white people, who make up almost the entirety of Donald Trump’s fanbase. Black people themselves, who hold a very different opinion about the Confederate flag, almost universally loathe the Republican nominee, for good reason. Republicans have been subtly race-baiting and fearmongering for decades, and Donald Trump not only didn’t even try to alter that discourse but amplified it in a new, direct, and very ugly way. Racists adore their new banner-holder, using his behavior as both their surrogate bullhorn and their excuse (though in fairness, I don’t see the Confederate flag as a specific Trump thing; he hasn’t talked about it either way that I know of).

And this flag is used as a shorthand to communicate a wistful yearning for the Good Ol’ Days that right-wing Christians think existed before atheists, liberals, feminists, and LGBTQ folks wrecked everything–a happy time they believe that Republicans will somehow bring back to America. For years now, Republican rallies have featured this kind of Confederate flag imagery. So it’s quite natural that a fervent Republican supporter would combine their candidate’s name with a violently anti-gay image and a flag that they know symbolizes racism to a large number of their ideological (and often literal) enemies.

At its heart, this decal speaks to the unmitigated rage of an aggrieved, self-pitying, petulant dominant group that perceives any lessening of their undeserved privilege as an outright assault. And despite this group’s professed belief in a god who stresses love and mercy, they only know one response to a perceived slight–and that is to attack back as hard as they possibly can.

Very quickly, people began playing with the initial image. The huggy pair at the top of this post was the most common response, but there were a lot of variations on the theme (and in one notable case, a rainbow figure hugs a pure white figure, with its onetime Confederate “robe” pooled at its feet). I don’t think I saw any variations that lacked the “forgiveness” word beneath.

All of these reconciliatory images forgot one thing: the racists and bigots involved don’t want to be hugged and forgiven by the people they’re victimizing and abusing.

They want to win back what they feel they’ve lost.

If we’re not willing to give them that, then they aren’t done fighting.

By the same token, the people these bigots are hurting aren’t feeling super-huggy right now. And they shouldn’t be.

This image’s main problem is that it’s pushing LGBTQ people to forgive their oppressors while the oppression is still happening.

Forgiveness can’t happen in such circumstances. If it’s offered prematurely, then there’s no real reason for an abuser to stop the abuse. This is particularly true in fundagelical culture where members assume that if nobody’s complaining, then everything is obviously hunky-dory. Abusers know this; that’s why they demand forgiveness from their victims and create and join systems that pressure victims to grant forgiveness. A culture of forgiveness sounds very nice and good, but if everyone’s not on the same playing field then that culture can become one that grooms victims to accept victimization and allows abusers to run roughshod. Abusers know that very quickly, a group can get so lost in its emphasis on forgiveness that it forgets to deal with the hurts themselves.

But there’s a vast gulf between idolizing forgiveness and actually doing it. Considering what a fundamental concept forgiveness is in Christianity, adherents have a tough time with it on a practical level. I see a plethora of books on the market (like this rather chirpy one) all trying to teach Christians how to forgive, when to do it, and how to struggle past their remaining feelings of resentment and anger that exist because they felt pressured to forgive prematurely. Looking at the many thousands of blog posts on the topic from pretty much every single Christian blog and news site on the planet, it can be easy to get the impression that Christians may talk a lot about being possessed by a loving, merciful god whose spirit gives them a bead on any issue of morality, but even they have a very human amount of trouble with figuring out forgiveness.

I struggled hard with this concept when I was Christian. I had no idea why I couldn’t just get over whatever had been done to me like all the other women around me seemed to do so easily and effortlessly. I knew all the talking points by heart but couldn’t make them work in my own life. It seemed to me like there was a happy middle ground between hanging onto resentment long past the time when it did me any good to do so and forgiving so quickly that the offense was still happening. I couldn’t find it, though. My inability to forgive-on-command became one more thing I beat myself up with, one more way I failed, one more piece of evidence against me.

Don’t imagine for a heartbeat that my story is either uncommon or an accident of the system Christian leaders have created.

You can find a lot of myths about forgiveness in the Christian world. For obvious reasons, they’re obsessed with the idea. And why shouldn’t they be? It serves their leaders’ interests very well. We talked a little about how people create icons last time when we touched on how reverence can easily become objectification, and to that discussion I’ll add that forgiveness is not immune to that process. You can probably think of a number of sayings about forgiveness that make it sound lofty and evolved–and that subtly put down and denigrate people who struggle to find it in themselves.

Now I’m a little more aware that forgiveness–whatever it’s going to be, however it’s going to look–has to come from within. It’s the opposite of iconic; it is deeply personal in a way that very little else could ever be. That’s what makes it so powerful: it cannot be commanded. Nobody can tell you when to do it or under what circumstances. Being ordered to mouth words of forgiveness and make forgiving gestures when you’re not feeling it are themselves only fresh offenses, not signs of an enlightened person or culture. There is nothing loving whatsoever with being so obsessed with forgiveness that victims’ hurt and pain get trampled over and whitewashed behind a mythology that negates the simple human dignity that comes of being allowed to feel what we feel and to work through hurts at our own pace.

Notice how subjective I make it sound? I think that it is. We have to work out for ourselves what our healing looks like, and if we’re going to forgive and if so, under what circumstances. Maybe sometimes we’ll never find it; maybe other times we will find it blossoming in our hearts without seeking it. And that’s okay. Work at your own pace. That’s what it’s there for.

I’ll tell you one thing, though, matey: it’s cruel to implicitly ask that a victimized group forgive the people who are actively harming them, especially while the harm is still ongoing. I’m noticing that actual LGBTQ people are saying as much on Twitter in response to the image–even Christian-identifying LGBTQ folks.

There’s another wrinkle to consider here. Not only is it wrong to imply that forgiveness is something LGBTQ people  need to do, but the decal is going to further piss off the Religious Right–who will see the revised decals as further evidence that meaniepie liberals want them to capitulate. I noticed a few of those already, too. Fundagelical bigots-for-Jesus already see themselves (falsely, but still) as the real victims here. Remember, they see any peeling-away of their dominance as subjugation, any loss of status as persecution. They’re way more acutely attuned to power balances than most outsiders could ever guess, and if they’re not ready as a group to walk away from their culture war, this image is going to hit them square in the eyes as an attempt to strong-arm them into bending knee to a group they view as godless America’s evil-but-fabulous overlords. They may well even decide to redouble their efforts to regain power at LGBTQ people’s expense.

I’m not saying that we shouldn’t mock them or that we must walk on eggshells around them to avoid bruising their delicate feelings, because seriously, but just that an image like “Forgiveness,” which appears to have been made with sincere reconciliation in mind, is not going to have the effect desired with either party.

Something can have good intentions but a catastrophic execution. This “Forgiveness” decal is simply one of those things. Maybe one day soon we’ll be at the point where forgiveness is even on the table as a possibility. But that time is not today, and if and when that time does come, it will not be anybody else’s place to suggest or urge it upon any community that fundagelicals are trampling. 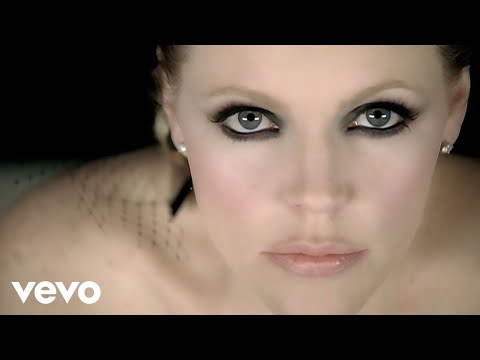