(Previous Journeys Into Hell: 2nd-4th Century Thoughts on Hell; Hell in Early Christian Writings; The Night My Fear of Hell Died; But WHICH Hell Shall We Fear; Why Hell Fails as a Christian Threat; We’re Made Out of Meat; Why Hell Succeeds as a Threat; Dealing With Hell Disbelievers; A Brief Prehistory of Hell. Instead of BC and AD, many historians now prefer BCE and CE — “before the Common Era” and “Common Era,” respectively. (Likewise, “c.” means “century.”))

The 4th Century Was Hopping.

All kinds of things happened in the 300s that would shape the world for centuries to come. First and foremost, Christian leaders achieved their first and earliest taste of temporal power thanks to Constantine the Great. A few years ago, we talked about him and what happened here, but it’s been a while. To summarize:

For a long, long time, Christians were irrelevant in society and culture, all throughout their part of the world. Most rulers in the Roman Empire seemed kind of grossed out by Christians and thought they were degenerates and hypocrites. Slowly, Christians separated themselves out from Jews and became their own proper religion — and began recruiting way more heavily among gentiles. However, contrary to Christian mythology, their ranks didn’t grow very quickly at all. Many of their converts simply drifted out again, and it’s not hard to see why.

(Christians having the same exact problem nowadays, too, and for the exact same reasons. The religion doesn’t appeal to many people on its own merits, nor does it ever deliver on its promises. Without the power to force people to stick around, people — well, they don’t.)

But after a while, Christianity became, in and of itself, a political football. It became a tribal marker for different sides in Roman politics. And eventually, in 312 CE Constantine came down hard on the side of Christianity. In 325, he ordered the convening of the First Council of Nicea, which solidified and clarified many of the restive new religion’s beliefs.

So in just a few short centuries, Christianity went from irrelevant to barely-tolerated and then became absolutely dominant.

By the end of the 300s, the world would see a Christian bishop (Ambrose of Milan) punishing an emperor (Theodosius I) for disobedience. And Theodosius would make Christianity the official state religion of the Roman Empire — and ban pagan practices entirely.

Yep, the age of Christian dominance well and truly began in the 4th century.

How Did Hell Change Through This Century?

Knowing about all that stuff going on, I wondered how the idea of Hell might have changed in the 4th century.

With all their newfound power and privilege, Christian leaders produced an astonishing amount of literature devoted to their religion and exploring its theology, so it shouldn’t be hard to figure out where they took the notion.

Last time, we began the 4th century with Lactantius in the early 300s gushing gleefully about “secret fire,” a magic and alchemical sort of flame that he and some other leaders thought would torture sinners forever.

This idea competed against apokatastasis (advanced by Origen and Eusebius) and annihilationism (the view favored by the teacher of Lactantius himself, Arnobius of Sicca). But overall, it was pretty simple: fire, everywhere, unquenchable in the way of lightning and volcanic fire, hooray team Jesus, game over for anybody who rejected Christian rules and control.

But the concepts would continue to be refined.

Anthony the Great of Egypt: Hell is a Choice.

One early voice from the 4th century, Anthony the Great (251-356 CE), wrote a series of letters while he worked as a monk and lived as an ascetic hermit. During his lifetime, he saw the big persecutions occur, and even lived long enough to see Constantine make Christianity the official religion. In his “Seven Great Letters,” I see a man trying to work out how Christianity worked, and in particular how the afterlife and supernatural worked. He liked the idea of people’s spirits being eternal and Hell being a serious concern, writing in his 5th letter:

That you may know therefore that God always loves His creatures — their substance being immortal, not to be dissolved with their bodies [. . .]

Unless each one of you shall hate all nature of earthly possession, and renounce it and all its works with all his heart, and stretch out the hands of his heart to heaven, to the Father of all, he cannot be saved.

But he also hints, as he wrote to what sure sounds like persecuted Christians, at a blueprint for future conceptualizations of demons causing mischief in humans’ lives. In his 6th letter, he writes:

Or do you not know what the many machinations and arts of the devil are like: for the evil spirits envy us, ever since they knew that we have tried to see our disgrace, and have sought a way of fleeing from their works which they sow among us, but even many of us laugh at their machinations. [. . .]

I cease not to pray God for you night and day, that He may open for you the eyes of your hearts, to see the many hidden malignities which the evil spirits pour upon us daily in these present times. [. . .]

The evil spirits make us zealous for works which we are not able to perform, and cause us to faint in tasks on which we are engaged, and which are profitable for us.

Interesting, since I don’t remember seeing any Bible verses about demons envying humans.

Also interestingly, by the last letter Anthony is using a BUTTLOAD of Bible verses. It’s just so striking. He also disses Arius hard in the 4th letter.

Born around 296 and dying around 373, Athanasius of Alexandria represents an important mid-century voice. Dude doesn’t sound like he had a decent grasp of politics. He pissed off four completely different Roman emperors, who thus exiled him five different times (and these exiles comprised 17+ years of his 45 years in power). People called him Athanasius Contra Mundum, or “Athanasius Against the World.”

His big claim to fame is that he fought very hard against Arianism and advanced the cause of Trinitarianism during his lifetime. He even showed up at the Council of Nicea that Constantine ordered. To the end of his life, he pushed hard to affirm, reaffirm, and un-disconfirm the Nicene Creed that developed out of that meeting. But he had some thoughts about Hell too, of course. As a 1992 dissertation by John R. Meyer tells us (p. 260), Athanasius bought into the ideas about demons that were gaining ground in his religion:

Satan relies on spiritual blindness to perform evil in and through creatures:

[. . .] We need not fear their apparitions, for they are nothing and they disappear quickly–especially if one fortifies himself with faith and the sign of the cross.

They are evil, and they despise nothing so much as inflicting injury on those who love virtue and honor God. [. . .]

The devil induces men to sin, but they are powerless to take real possession of us because Christ has come to “take possession” of the human race.

Also very interestingly, Meyer tells us that Athanasius thought that Christian faith functioned as a sort of fireproof garment that believers put on with their conversion (p. 254):

Everyone who puts on the “faith of Christ” is protected from eternal death.

And as this theological center devoted to Athanasius tells us, his entire conceptualization of Hell was not really about punishment. Instead, Heaven was about healing people. No wonder John Calvin and R.C. Sproul hated him!

Cyril of Jerusalem: Demons’ Role in Sending People to Hell.

A mid-4th-century theologian, Cyril of Jerusalem (313ish – 386ish CE), wrote a whole bunch of stuff about Christianity. Much of it was educational in nature. Cyril thought that sinning was a choice, but demons often influenced people that way. He wrote in his Catechetical Lecture 4 (21):

The soul is self-governed: and though the devil can suggest, he has not the power to compel against the will. He pictures to you the thought of fornication: if you will, you accept it; if you will not, you reject.

Interestingly, he seems to reject the idea that people are sinners by nature. As he continues in that lecture:

For if you were a fornicator by necessity, then for what cause did God prepare hell? If you were a doer of righteousness by nature and not by will, wherefore did God prepare crowns of ineffable glory? The sheep is gentle, but never was it crowned for its gentleness: since its gentle quality belongs to it not from choice but by nature.

He also rejected the idea that just having a physical body caused a person to sin:

Put a sword in the right hand of one just dead, and no murder takes place. Let beauties of every kind pass before a youth just dead, and no impure desire arises. Why? Because the body sins not of itself, but the soul through the body.

However, in his 18th lecture, he discusses exactly how people get new resurrected bodies appropriate to their fates. As he writes there (paragraph 19):

[I]f a man is righteous, he will receive a heavenly body, that he may be able worthily to hold converse with Angels; but if a man is a sinner, he shall receive an eternal body, fitted to endure the penalties of sins, that he may burn eternally in fire, nor ever be consumed.

Also interesting, considering the Bible contains not one verse I can think of that might lead someone in this direction.

Hell at the Dawn of Christian Coercion.

In the 4th century, we can see some steady refining of the ideas around Hell. Notably, we see a new fixation on demons as agents of temptation, and more guesses about how people could ever possibly burn forever and ever.

The stuff about demons envying humans reminds me of The Prophecy. 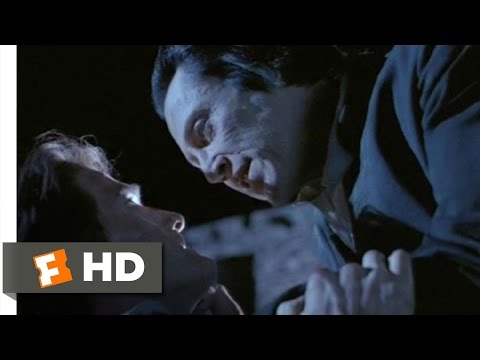 It’s interesting that as the religion advanced in temporal power during this century, the specific threats about Hell abated quite a bit. In fact, I really couldn’t find much of anything that sounded like those dire threats from the 2nd-3rd centuries.

Clearly, Christian leaders didn’t need Hell to be so gruesome. It no longer represented their main way of capturing and keeping customers/recruits. Instead, Christian leaders’ focus seemed to center more on living a good Christian life. Hmm!

NEXT UP: Hell in the mind of Augustine of Hippo. We are truckin’ right along! See you tomorrow!

I’d like to thank this site at Sojourners for their excellent work on source material, as well as Vision.org and National Geographic. Also, J. Warner Wallace, whose page helped me locate some primary sources.

PS: Cyril of Jerusalem was also quite the Endtimes freakazoid.