Hi and welcome back! As you can imagine, evangelical leaders are rightly horrified by how far some of their flocks took their big Happy Pretendy Fun Time Game this week. Yes, I’ve seen some evangelical leaders wringing their hands about evangelicals’ supposedly-lost credibility. But as they’ll find, their concern is just a little too little and a little too late to make any kind of difference. We’re on to them now, and we won’t soon forget what we’ve learned.

(In this post, I use the term ‘Trumpism.’ This term describes the ideology and worldview of evangelicals who wholeheartedly support Donald Trump. Trumpism involves buying completely into the evangelical culture wars, embracing evangelicals’ conspiracy theories and biases, ignoring or attacking legitimate sources of information, and the pursuit of totalitarian power. To me, it sounds like plain ole fascism merged with American exceptionalism and sprinkled with some Jesus-flavored pixie dust. But there we are.)

A Little Too Little. 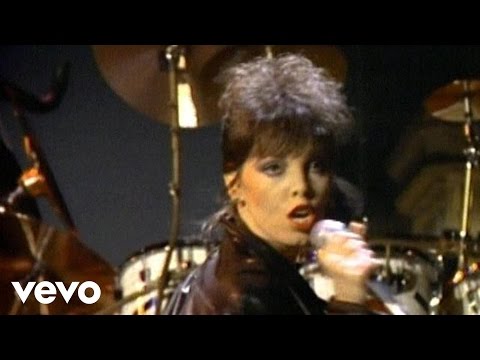 The queen has spoken.

This past week, a largely evangelical mobs attacked our nation’s Capitol Building. These traitors, these domestic terrorists — for both describe them perfectly — sought to stage a violent coup. They wanted to keep their strongman dictator in power, and when the voting process didn’t support that goal they sought to destroy it entirely.

In very great part, these traitors and domestic terrorists invoked their religious faith as their motivation to attempt this insurrection. Oh yes. They felt a deep and abiding faith in one particular flavor of Christianity: an ultra-authoritarian, fear-based, misogynistic, conspiracy-theory-addled, greedy, selfish, bigoted, classist, racist, willfully-ignorant, and most of all violent and violence-advocating form of the religion.

Their disgraceful idol and Dear Leader, Donald Trump, did everything he could to encourage this coup. He’s pandered to these specific Christians in that lowest-common-denominator way of his for years, so why stop now? Indeed, years ago he very deliberately sought and courted the loyalty of Christian leaders in that particular flavor of the religion.

He gained it with ease, too, then held it effortlessly.

After all, he spoke their language fluently.

Even as Donald Trump roared to the #1 spot in these Christians’ idolatrous hearts, some evangelical leaders fretted about the implications.

I heard and read a number of essays on that very topic back then. Oh gosh, went the general tenor of these essays, how oh how will we get people to listen to us about morality if we support someone as awful as Donald Trump?

But overall, the flocks didn’t care and didn’t listen then.

They won’t now, either.

Christianity Today (CT) is a big evangelical news-and-opinion site. A while ago, they began criticizing Donald Trump and everything associated with him (like QAnon). Though this criticism wasn’t at all off-brand for CT, it ignited an absolute shitstorm from Trumpist Christians. But the owners of the site haven’t let up.

In the wake of the recent Capitol Building attack, the site’s been going into overdrive with criticisms of that kind of Christianity. On January 6, Daniel Bennett wrote an opinion post for them called “We Need to Be Better Losers.”

In the post, Bennett put his foot down on the whole false election-fraud conspiracy theory, called for a peaceful transfer of power to Joe Biden, and criticized Donald Trump and the cowardly evangelical leaders still supporting him.

I mean, I guess at least once they’re bought, they mostly stay bought?

The essay is a powerful example of exactly how selective an evangelical’s discernment of reality really is. More interestingly, its author completely and utterly ignores the reality of evangelicalism as it stands today.

(We’ll be talking more about winning and losing later on. For now, I’m just focusing on the credibility end of his essay.)

Regaining Credibility, Or Not.

Perhaps Daniel Bennett seeks to goose the flocks into behaving themselves a bit better — in effect, to regain their credibility. As he writes:

Rejecting nonsense and embracing truth, however dispiriting, is essential to our witness to a skeptical world. If Christians are broadcasting conspiracy theories about elections, what credibility do we have when telling the world of the Good News of a resurrected Savior?

Good question. But how he tackles that question caught my attention. He acts like the flocks actually care about their own credibility at all.

The response he takes for complete granted reminded me of something from when I was Pentecostal.

Back then, this tactic was our go-to way to try to improve someone’s poor or abusive behavior when we couldn’t just force them to change. Wives in particular got told to do this as a way to improve the behavior of their immature, tin-pot dictator husbands.

Parents and pastors never got this suggestion, of course. In our culture they could outright force their demands on their charges.

Basically, the one hoping to see improved treatment treats the boorish, ill-mannered person as if the change has already occurred.

I’m not kidding. My tribe taught this technique to mistreated wives all the time. It took center stage in a great number of #GodDidIt miracle stories of marital reconciliation. These wives warble with shining faces, I just treated him as if he were already a great husband! And Jesus convicted him until he lived up to it!

I see that evangelicals still teach this tactic, too.

But It Won’t Work.

Of course, the tactic absolutely does not work.

That’s the whole point of teaching it as a response to poor treatment.

See, if the person getting annoyed or mistreated can’t outright force the other person to change, then you can bet the reason for this lack of power is that their culture wanted them to have that little of it.

In this case, Daniel Bennett couldn’t actually force his students to stop believing election-fraud conspiracy theories. He knew those conspiracy theories are part of what’s making evangelicals into the narrative villains in American culture.

So he reasoned with them, which probably also didn’t work, and finally he took to his bloggin’ bench to write a post that treats evangelicals as far, far, FAR too enlightened to behave like idjits — all in the hopes that they’d agree with him and stop doing it.

A Little Too Late. 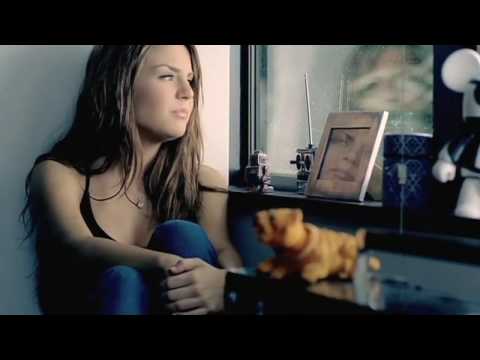 “Too Little Too Late.”

Either way, it’s a bit late now for Daniel Bennett and other evangelical leaders like him to fret about evangelicals’ long-lost credibility. The good ship Credibility sailed many years ago. They were too busy playing confidence games at the dock to get on board in time.

Credibility is the very least of evangelicals’ concerns now, which is largely why fretting about it only represents a brief phase for most of them. (Case in point: Al Mohler.)

Really, evangelical leaders’ big mistake was not expecting anyone else to come along and completely lap them by using their own techniques to steal their sheep away. Evangelical leaders clearly always assumed that once they’d instilled the correct hatred of critical thinking, lack of reality-based discernment, gullibility, and prideful ignorance in their flocks that they’d always be able to tug at that indoctrination to keep the sheep in line — and that only they would ever be able to do that.

That isn’t how it really worked out, out here in Reality-Land.

They Can’t Lose Credibility They Never Really Had.

In the songs I’ve linked, the singers come to grips with the fact that their lovers never actually respected them or cared sincerely about them. Their lovers make small efforts to re-win their hearts, but these paltry efforts don’t address the big problems in the relationship. In fact, their lovers’ inadequate efforts only make the truth more clear to the singers.

(Narcissists famously do the same thing — they expend only as much energy as they must to keep their victims available.)

In effect, the lovers offered too little, too late to convince the singers that anything was really changing for the better.

And that’s how it is with evangelicals.

Evangelicals didn’t really lose their credibility at all by kneeling in front of Donald Trump and swearing fealty to him. If they had actually ever had any credibility, they’d never have fallen for an obvious sleazy conjob like him. In fact, they’d never have embraced any of the crazypants wackadoodle ideas in their current favorite conspiracy theories.

They’d have rejected all of that mess.

That’s not what they did, though.

If evangelicals ever possessed even a scrap of true credibility, they flung it away eagerly when a sleazeball showman knocked on their door with temporal power to sell them. All he wanted in exchange was their votes, their reputations, and their very identity.

And once bought, so far evangelicals are staying bought — just like their religious leaders.

NEXT UP: Lord Snow Presides! Then, I want to dive into this whole #winning thing a bit deeper. See you tomorrow!