Hi and welcome back! Yesterday, we checked out the latest eruption in drama for disgraced, hypocritical ex-pastor James MacDonald. He’s apparently decided that evangelical watchdog blogger Julie Roys is his biggest problem right now. So naturally, he has been busy lately trying his very best to destroy her and her reputation. Today, let’s break the misogyny code that James MacDonald uses to tip his hand — and get his followers on board with his unholy crusade.

Mr. Trump’s comments released yesterday—though 10 years ago (he was 60)—are not just sophomoric or locker room banter. They are truly the kind of misogynistic trash that reveals a man to be lecherous and worthless—not the guy who gets politely ignored, but the guy who gets a punch in the head from worthy men who hear him talk that way about women. [. . .]

I have spent my life helping men get free from such disgusting commentary on women—even writing my doctoral dissertation on self-disclosure of sin among men. I cannot and will not offer help to a man who believes this kind of talk a minor error. [. . .]

Then, Ed Stetzer added some lofty and sage-sounding advice of his own:

They reveal what’s in the heart and these kinds of words have been shown to lead to cultures of rape and marginalization of not only women, but many others who are not in places of power.

We’ll be circling back around to Ed Stetzer tomorrow. For now, I just want to note that in October 2016, James MacDonald seemed to understand that slurs, sexual innuendo, and insults based on gender were really bad. Moreover, he implied that he was the kind of upstanding, morally-pure, protective gentleman who’d give a “punch in the head” to any man he caught talking like that.

Goodness, things sure do change.

Fast Forward to James MacDonald in 2018.

Julie Roys is just an evangelical watchdog blogger. Really, she should be way below the notice of a megastar pastor like James MacDonald. No offense — I mean, I’d expect to be the same. I’m just sayin’ she’s not well-known at all outside of a very specific niche of Christians.

I don’t agree with everything she writes, either. She appears to have bought into the artificially-created evangelical culture war against abortion, for example. As a result, she’s either misunderstood or ignored the serious human rights and self-sovereignty stuff that supports legalized, accessible abortion care.

But I’ll say this for her: she cares a great deal about evangelical hypocrisy. She does her best to expose and air out all the dark little corners in big-name evangelical leaders’ closets. Then, she uses receipts to hold those leaders’ hypocritical li’l tootsies to the flames.

At one point, James MacDonald entered her crosshairs. So she did what she does with hypocrites: she exposed him.

In response, James MacDonald tried to sue Roys in 2018, along with some of his other critics. His goal was clearly to bully them into silence with his sheer blustering star power. However, these lawsuits failed. Eventually, his church, Harvest Bible Chapel (HBC), even sorta-apologized to the lawsuit’s targets for not putting a stop to the entire charade much earlier.

James MacDonald in 2019: The Fateful Interview.

In 2019, James MacDonald did an interview with Mancow Muller, a radio shock-jock who was, at the time, one of his followers and besties. During a slow time when he thought he wasn’t being recorded, MacDonald made shocking and lurid sexual speculations about Julie Roys. He intended these speculations to cast aspersions on her motivations for covering his hypocrisy — and to cast doubts on the qualifications of her and her supposed lovers to judge him.

MacDonald thought he was safe in making these remarks. We saw a similar sense of safety leading to the comments Russell Moore says he heard his fellow evangelical leaders making about women and Black people. As far as MacDonald knew, only his bestie was listening.

Well, Muller had actually been recording. Those microphones had been “hot,” as they say in that biz. As a result, Muller got every word on tape. On February 12, 2019, he released that tape. 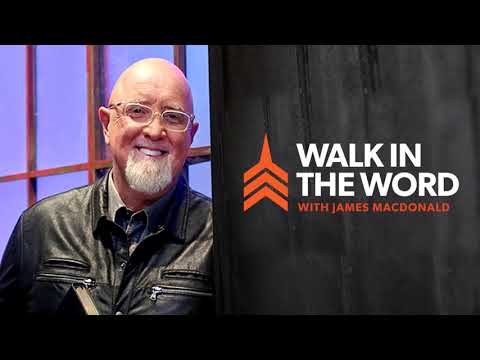 Later that day, HBC met together “in the middle of the night,” another watchdog blogger (Wondering Eagle, a good egg) tells us, and “promptly fire[d] him.”

Me myself and I, I wonder what 2016 James MacDonald would have said to his 2019 edition. Maybe he would have given him a “punch in the head!”

Did you ever see the 1992 comedy Death Becomes Her? It’s amazing — and the effects are spectacular, by early-90s standards. It features a star-studded cast and a story that explores a seldom-considered question about immortality: what if an immortal’s body isn’t immune to damage?

Madeline promptly steals Ernest away, and Helen descends into madness as a result. 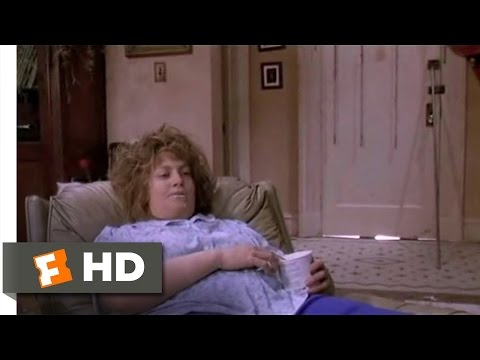 Helen hates Madeline so much that she’s lost herself to it all. Where she was once a sweet, intelligent, well-spoken, well-tended young woman, she’s now a slovenly mess who mutters and curses her enemy with every breath. When she’s evicted from her cheap apartment, she resists only so she can watch and rewatch a movie scene of Madeline’s character being murdered.

Seriously, Helen despises Madeline. She blames this inept C-list actress for everything that’s ever gone wrong with her life.

And when I read James MacDonald’s recent blog posts about Julie Roys, he reminded me immediately of Helen Sharp. This guy is perfectly willing to burn his whole life and reputation to the ground, as long as he takes this one enemy down with him.

(True crime aficionados might think here instead of Betty Broderick. MacDonald has undergone a similar decline, yes. But in that case, her enemy wouldn’t be Dan, but just some random newspaper reporter she’s never met.)

The Importance of Word Choice.

But it’s the particular way that James MacDonald has chosen to attack Julie Roys that caught my attention so hard.

You see, toxic people learn very early on how to hurt others. They learn what insults and barbs are sharpest. When they know they only have a short window of opportunity in which to land an attack, they go with the most powerful ones in their arsenal.

You can tell a lot about how someone feels about a particular group by how early slurs against that group show up in their attacks.

In this case, for example, James MacDonald has always come out swinging hardest against Julie Roys’ sexual behavior.

James MacDonald and His Misogynistic Attacks.

From the beginning, James MacDonald has cast aspersions against Julie Roys’ imagined sex life. He calls her “slut” repeatedly, accuses her of having affairs (with no evidence whatsoever, of course, and obviously all parties have strenuously denied this claim), and freely uses all manner of sexual insults to describe her.

When called out for this behavior, he only offered up yet another long blog post defending his decision to use this language. Dude’s even warped a bunch of Bible verses in it to seem like he has the approval of his god for all of this venom he spits.

So it’s not okay for Donald Trump to have his “locker room talk.” Such talk will earn the speaker a “punch in the head” from “Worthy Men” like King James MacDonald, eh? But it’s totes okay for him to call Julie Roys a slut and “metaphorically promiscuous.” He gloats at the end of that first linked blog post,

JuLiar is just not discerning about who she listens to. She’s seemingly so addicted to that salacious gossip, she “lays down” fast, with a pen in her hand. [Source]

It’s shocking beyond all comprehension. Even knowing evangelicals like I do, this is gobsmacking stuff. He sounds downright disturbed every time he talks about her. He’s reveling in dealing out this abuse.

In the essays, in particular, you can tell he’s spent a lot of time lovingly polishing his sexual slurs, sex-based insults, salacious rumor-mongering, and innuendoes.

James MacDonald’s treatment of Julie Roys is breathtakingly misogynistic. It doesn’t even occur to him to use any other kind of language but misogyny to slam her.

Nor does he expect any of his followers to object to this language.

Weirdly, I haven’t seen him railing like this against anybody else who’s criticized him. His other lawsuit targets don’t seem to have merited similar treatment. Roys is not even the only woman who’s opposed and criticized him. However, the other two female defendants in that lawsuit ran the HBC-critical blog The Elephant’s Debt with their husbands.

But he’s completely zeroed in on her. He allows his inner misogynist out to play freely here and only here.

Could it be that what irks James MacDonald most about Julie Roys is that she identifies as a fervent evangelical culture-warrior but refuses to comply with his demands?

And could he feel so entitled to attack her in sexual terms because he doesn’t think any men associated with her will give him a “punch in the head” for talking about her like that?

It sure seems so to me. In James MacDonald’s evangelical world, women get protection only insofar as the men around them grant it. Julie Roys has, in defying James MacDonald’s control-grabs, stepped outside of that protection. And so he’s unloading both misogyny barrels at her.

I really hope that everyone following his ministry listen to this show of “Christian love.” More than that, I hope his ministry pals do — before he takes them down with him. Cuz he will, if they don’t do something.

NEXT UP: We’ll check in briefly with James MacDonald’s previous supporters and hangers-on to see what they’re saying about his latest antics. Will the evangelical good ol’ boy network stand strong? Will they just try to ignore him entirely? Or has he gotten too radioactive even for them? Come and see. <3

(PS: Christ on a STICK. How many sitcom episodes and public-figure gaffes that involve hot mics does this world even need before people start treating all mics as potentially hot?)