One of the funniest country songs I know of is “How Can I Miss You If You Won’t Go Away?” by Dan Hicks (who passed away just a year ago–and oh, I feel old). 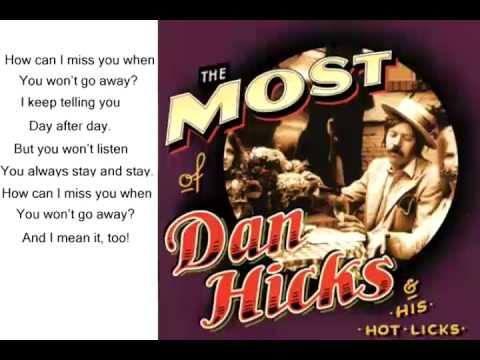 How can I miss you when you won’t go away?
Keep telling you day after day–
But you won’t listen–you always stay and stay. . .

And I was reminded of this song yet again when I saw this story on RNS about yet another outbreak of what Christians call “the Benedict Option.”

The Benedict Option sounds very drastic and dramatic, but it doesn’t have a totally consistent definition (like pretty much everything else in Christianity–wow, that’s so weird, isn’t it?). It generally means a retreat from public life, as one sees in monastic forms of religion–sorta like how Cartman repeatedly tells his friends in South Park “screw you guys, I’m going home!” Christians characterize this retreat as “strategic,” though there’s not much strategy involved in flouncing away from something that was never theirs to begin with. A strategy would involve planning and consistent, concerted execution of the plan, and Christians lack both.

Right-wing Christians have been whining for years about how America is entering a “post-Christian” phase because the religion’s losing so many people and so much influence lately. The idea is that America is going to Hell in a handbasket and is hopelessly evil and corrupt, so much so that even TRUE CHRISTIANS™ with their Jesus Auras shining brightly can’t make any kind of headway amid all that unapproved sex and rebellion. (I suppose that modern Americans drive iron chariots. Those always give Yahweh the shits in the myths about him.)

Now that whining has kicked into high gear. Conspiracy-minded fundagelicals’ martyrbation has started to hit fever pitch, with no shortage of imagined tortures and punishments headed their way just for being Christian, which is a code phrase that means “being bigoted asshats who interrupt people, manipulate and threaten everyone in sight, try to control other people’s lives, violate boundaries, break laws, and generally act like obnoxious entitled brats–but for Jesus, which makes it not only okay but mandatory and they’re all so meeeeean because they won’t let us do it.” (Christianese is like German in that respect–they really pack a lot into a short phrase.)

The guy who wrote The Benedict Option, Rod Dreher, is one of the big shit-stirrers in a group of over-dramatic people who are all trying to outdo each other with apocalyptic threats and breathless pronouncements of doom. His book’s quite the bestseller among that crowd, claiming as it does that it offers “a strategy” for his tribemates to pursue as they strategically retreat from their strategic losses in the strategic post-Christian world.

And here I’m reminded of another song: 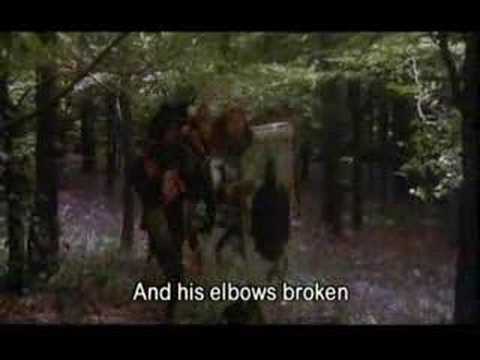 When danger reared its ugly head
Fundagelicals bravely turned their tails and fled!

I’m torn between mocking them to within an inch of their lives for flouncing away, and pitying them for not understanding that our modern values of consent and liberty are exactly what will prevent their nightmares from ever coming true. (Of course, we can do both: mock them and pity them! There’s always both!) But those values are exactly what are spelling the doom of authoritarian structures and institutions like Christianity, so I can see why Christians like Rod Dreher think the sky is falling now that their preferred form of society is no longer predominant in America.

No, Christians are in no danger whatsoever of being frog-marched to prisons or forced through guillotines. I almost wish I could make them understand that the biggest threat there is to their religion is themselves. They, themselves, are the ones destroying their religion from the inside out. Their own dishonesty and hypocritical behavior makes people come face to face with the fact that there isn’t a god at the top of the religion doing anything for anybody. We non-believers don’t really have to do much at all beyond exist where Christians can perceive us, so they can see that the lies their leaders and peers tell about us aren’t true and that life without their god actually works out pretty well! We give Christians permission to wonder and ultimately to doubt–real doubt, not the defanged version they present to their members. But if their churchmates were actually even halfway decent human beings, I don’t think a lot of those members would ever get to the stage of wondering why their religion produces so much hypocrisy and so many scandals, and thus would never start wondering why their religion’s claims never seem to work out in reality.

Of course, if those folks tended to be even halfway decent human beings, they wouldn’t have grabbed for as much power as they’ve enjoyed for so long in our culture, and there’d be nothing to flounce away from now, now would there? They’re sucking sour grapes now that they don’t really have a choice in the matter: Christianity is losing power and adherents. The Benedict Option is one of the ways they’ve chosen to deal with those losses. It’s allowing them to wallow in ginned-up terror and outrage for a little while longer without actually confronting or fixing the very real problems in their religion. And thus, the Benedict Option’s mere existence is destined to become part of the coming end of Christianity.

I really think Christians like Rod Dreher would rather have their horrific visions of violence, cruelty, and barbaric retaliation than what’s actually coming their way, which is irrelevance.

For any new folks: Welcome! LSP posts are for off-topic chat. Got new pet pictures? Funny memes? Observations you’ve had but didn’t want to derail with? Come hang out. On-topic discussion is still going on in the relevant places, but when the comment threads hit 350-400, we start migrating the off-topic stuff to LSP to save everyone Disqus headaches. Lord Snow, of course, is the dignified fellow in the top picture there.