I’m looking at end-of-the-world conspiracy theorists right now and ran across a name I hadn’t heard before: Texe Marrs. I’m wondering how he’s managed to evade my notice until now, considering he clearly ran in the same sort of circles I did back in the late 1980s!

An Architect of the Satanic Panic.

There is such a fascinating wealth of wackadoodles in right-wing Christianity. Somehow, though, Texe Marrs is one of the foulest and most deceptive. Presenting himself as a good ole boy Texan, with a good ole boy accent and a rolling laugh, Texe Marrs is easily one of the most hateful, bigoted, racist, sexist, and vengeful of his crowd. Thanks to those flaws, he’s enjoyed one of the longest careers of the entire pack of fundagelical wackadoodle doom-criers. He’s also easily the most gullible, since there does not appear to be a single fundagelical conspiracy theory he doesn’t buy into. One of the weirdest: the idea that the earth is immobile and flat, rather than a globe floating in space. And he’s so extremist in his views that even his fellow fundagelicals largely disavowed him… eventually.

Texe Marrs began his writing career in a very inauspicious way with fluff about picking pet names and preparing for high-tech careers in industries that I doubt he actually understood (he looks about as dumb as a box of limp hammers). None of them sold very well. But then in 1987 he wrote Rush to Armageddon. (The publisher also printed Left Behind, incidentally.)

There’s always this magic moment in the career of a serial grifter when he finally reaches the audience he was born to fleece. It’s the exact moment that a liar-for-Jesus finds his home, his tribe, his marks.

When I saw that title show up on his list of books, I could imagine him just gasping at the sales numbers. I imagine that E.L. James had the same reaction when she first first saw how well Fifty Shades of Grey was doing.

1987, the Germ of Modern Fundagelicalism.

That’s about when I converted to Pentecostalism, incidentally, and Texe Marrs’ brand of scaremongering is a big part of why I did. 1987 was the first year of fundamentalist Christianity’s biggest Rapture scare at the time: Edgar Whisenant’s 88 Reasons scare, which would come due the following year (in 1988, between September 11-13). And it was just about the height of the Satanic Panic, a conspiracy theory that got millions of Christians completely riled up about stuff that would continue to plague the religion decades later: the idea of a New World Order, a terror of anything perceived as witchcraft, and a complete belief in how powerful anti-Christian forces were compared to the underdog TRUE CHRISTIANS™ who had to fight them to the death. Quite a lot of the belligerence and surreally bizarre worldview of fundagelicals owes its existence to that period of time from 1987-1988.

Not a single bit of anything Texe Marrs was sharing was true or any kind of valid fear, but that didn’t bother Christians; for years their leaders had taught them to ignore reality. A new conspiracy theorist spouting tons of irrational fears that had no basis in reality wouldn’t make much of a dent in all the other irrational fears with no basis in reality that they suffered from.

He wrote a couple more books, which were more of the same–conspiracy theories about the New Age and wild speculations about what New Age believers were like and what they did. And they became bestsellers among fundagelicals, who had no idea that the man writing them was making everything up out of whole cloth.

However, Texe Marrs suffered from the same problem that his peers did: there’s really no way to go except further off the deep end. Without the restraining influence of reality to halt his plunge, he kept getting more and more out-there. He just about had to; fundagelicals require more and more extreme measures to get them excited and riled-up, and they lack the same restraining influences that their leaders do (by design). So as Texe Marrs plunged further and further into the shadowy right-wing world of wackiness, quite a few fundagelicals followed along.

The guy’s popularity only slowed when he went full-throttle Reptilian Conspiracy on his fans, declaring that George HW Bush was part of the Satanic Panic. Since by then right-wing Christians were the tail wagging the entire Republican party dog, that was a no-go. But even though some of his followers departed, he maintained a steady course further into the swamp.

At this point he continues getting more and more extreme. From what I see on his largely-abandoned YouTube channel, he’s an ardent anti-Semite, Holocaust denier, ferocious critic of Catholicism, and Illuminati scaredy-cat. He’s a lot more of an active presence lately on his own website, where we also learn that he’s a mega-diehard Trump fan (of course). Oh, and he’s bigtime pals with Steven Anderson, who you’ve seen a zillion times on Hemant Mehta’s Friendly Atheist blog. He’s that super-duper-mega-way-lots sexist and bigoted pastor out in Arizona who thinks gay people should be executed.

Little wonder the Pentecostals I hung out with didn’t really mess with Texe Marrs much. Their Israel boner wouldn’t last very long around this guy. But in his weird theology, TRUE CHRISTIANS™ (like himself) actually have replaced Jews in his god’s sight. In his head, Jews are now the bad guys and in his god’s doghouse. The idea that Christians are now sorta-kinda Jews is (at least informally) called replacement theology and it’s not that uncommon among right-wing Christians.

Texe Marrs takes it to an extreme I hadn’t seen before, however. Most other Christians I’ve seen going this route consider themselves sort of “spiritual Jews,” to borrow the phrase. They think that TRUE CHRISTIANS™ are the spiritual brothers and sisters of Jews. I won’t say it’s a comfortable coexistence–there’s a lot of jostling and awkwardness involved in the relationship, but it’s still basically amiable. Instead, Texe Marrs thinks Christians have supplanted Jews entirely.

That link I just gave you about replacement theology isn’t the only place where you can see Texe Marrs getting his ass handed to him by other Christians. I spent a merry little while tonight listening to sermons by Christian radio talk-show hosts doing the same thing. It’ll never be not funny to listen to Christians arguing about which of them is right about anything, especially when both are fundagelicals–so by definition are both wrong about, well, everything. However, nobody’s been able to rein him in and I don’t think anybody ever will.

In the end, Texe Marrs operates out on the faraway fringes of a part of Christianity that is not nearly fringe enough anymore. And thanks to the way his broken system is set up, he’s only going to get more extreme. Extremists don’t get less extreme without quite a lot of prodding. His own desperation for relevance and his own inability to tune his beliefs to reality will ensure that he continues in his reckless downward course.

A pity he’s not into prepping and stuff like he used to be. When I began researching the matter and saw him on a video, I had been planning to bring him up as one of the exhibits. He’s veering a lot more into anti-Semitism these days than he is preaching about the end of the world. But instead… maybe a little writeup here will do. It’s useful to know what’s going on in the religion–since so many times, it seems like their most fringe ideas often come home to roost in more mainstream Christians’ hearts. After all, back in 1987 the idea of Left Behind actually was the fringe. Now it’s more or less required doctrine for all fundagelicals.

So today Lord Snow Presides… over Texe Marrs, a trumpet-blower for a religion that is rapidly declining in great part thanks to people just like him.

Maybe he’d feel better about the world if he went swimming…. 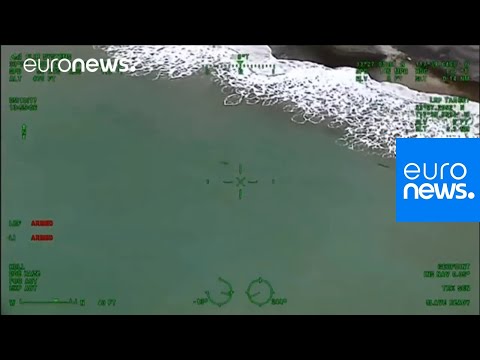