Wow, guys, I wonder if Mark Driscoll up and decided he didn’t wanna blog anymore. He’s been a little scarce! So let’s see what the onetime King of Mars Hill has been up to. Today, Lord Snow Presides over someone we wish would become more scarce.

(Sorry, ssj has been slammed hard by work this whole week! I told him not to stress. We’ll run his next Godsmacked installment next Monday. He’s almost got them ready for y’all, and what I’ve seen so far convinces me they are 100% worth the wait. Please forgive us and enjoy today’s post!)

A Sham Blog Finally Shrivels Away.

From the beginning, I figured Mark Driscoll began blogging to help bury his disgrace. When he arrived to Patheos, he prompted a tempest-in-a-teapot. I didn’t reckon he’d last long once the novelty wore off. Well, he lasted longer than I expected! But he’s dribbling to a close, it feels like.

In his first post, he declared that he wanted to develop a “relationship” with his readers. But he didn’t allow comments, and most of his posts were just reprints of his published works, sprinkled with a few adapted sermons.

After a bunch of posts over the summer, he slowed down. Here’s his posting schedule from there:

And then nothing since October 2nd, which simply reprinted the appendix of his current project.

What’s more, I don’t think anybody really even noticed that he’d slunk away.

Oh, but he’s been a busy little bunny over on Twitter–whining about the culture wars and admonishing the flocks to Jesus SUPER HARD. Oh, and he’s still vaguebooking:

In the above tweet, people figured out quickly that he was probably talking about James MacDonald, a recently-disgraced pastor. About a week after this tweet, MacDonald lost his cushy job as Senior Pastor of megachurch Harvest Bible Chapel amid admissions of curiously-unspecified hypocrisy. (Don’t worry–Harvest appointed his BFF as their new pastor. I’m sure whatever happened with MacDonald won’t ever happen again with his bestie.)

On February 9th, MacDonald was likely still on his “indefinite sabbatical.” It ain’t hard to imagine why Mark Driscoll might feel a great deal of sympathy for MacDonald–even before you know that MacDonald has been his pal for years.

If you’re wondering, Driscoll’s response to the people criticizing him has always been to silence and block them. So much for BIG BRAVE HE-MAN MARKIE MARK! (Also also if you’re wondering, I’m #BannedByKingMark. Silly me, taking seriously all his bluster about wanting to engage his critics. I told him–in a far more polite way than I relay here–that he alarmed me with his assertions that his imaginary friend can totally cure PTSD. That was it for Yr. Loyal &Etc.)

Either way, it’s crystal-clear that Driscoll never regarded his blog as anything more than a sham. It has always received the dregs of his attention and as little effort as he could humanly spare for it.

So what’s actually been important to Mark Driscoll?

A New Book: Thanks, We Hate It.

Mark Driscoll just released a new book called Spirit-Filled Jesus. As someone finishing up the draft of a book, I can definitely attest that it’s not easy to find spare time in that process. And he works as a pastor as well. He leads a small church in Arizona that probably feels like twenty steps down from his one-time megachurch empire.

Wherever his time goes, I hope Driscoll paid his editor and/or ghostwriter(s) well. Dude writes at about a third-grade level from a schoolyard-bully’s mindset. In the past, our community has always instantly been able to tell which blog posts came from him and which posts he regurgitated from his edited, massaged, potentially-plagiarized, and ghostwritten materials. This book comes out somewhere between those two extremes.

I read his introduction and first chapter of Spirit-Filled Jesus. In it, he smugly reveals his complete (and proud) ignorance of history, formal Bible criticism or study, and his religion’s earliest days. Worse, the book centers around how he debases his idolized Bible to gain a leg up on non-Christians. Reviews haven’t been kind.

Want just one example of how terrible this book is?

Jesus looms so largely over history that we measure historical time in the context of His life. BC refers to the time “before Christ,” and AD (anno Domini) means “in the year of the Lord.” [p.4, Amazon preview]

He seriously thinks this sort of assertion constitutes PROOF YES PROOF that Jesus existed and remains super-duper important. Nope, the convention definitely has nothing to do with his religion’s leaders getting their grubby hands on real power.

Having established his PROOF YES PROOF, he then debunks a strawman about Jesus being a space alien.

Interestingly, this book might be self-published. That might explain why its introduction and first chapter make him look so bad.

Charisma House, his publisher, does both kinds of publishing. I could find no indication of which route Driscoll took. By contrast, his 2013 bad-marriage-advice book, Real Marriage, was published by Thomas Nelson. Now, Thomas Nelson does do self-publishing as well, which landed them on the “Writer Beware” list on one blog. But they didn’t make Driscoll do that. They gave him a USD$400k advance on the book, indicating that they published it in the traditional manner. (Thomas Nelson also published his 2017 book, Who Do You Think You Are? I don’t know if that was self-published though. It doesn’t sound like it.)

This publisher switch does tell me he’s fallen pretty far. There’s nothing whatsoever wrong with self-publishing–it’s likely the route I’ll take for Captain Cassidy’s Complete Guide to Christianese–but a huge name like this one shouldn’t need to do that.

At any rate, over at Charisma House he gets to rub elbows with Juanita Bynum, the gal who apparently types in tongues. There’s that, at least.

So What’s It About?

Spirit-Filled Jesus teaches Christians to use their god like an ATM to get through life’s tough patches.

I present Exhibit A: the Amazon blurb.

When Jesus needed help, He went to the Helper. Where do you go?

If Jesus needed help, we all do. Spirit-Filled Jesus explores the role of the Holy Spirit in and through the life of Jesus, revealing aspects of His life that have not been examined before and helping you see how this applies to you.

Then the blurb lists the specific presents that the Christian god will totally shower down on fervent, faithful believers. Next time a fundagelical accuses you of leaving the religion because you just wanted a pony and didn’t get it, I want you to clap right back at ’em with this truth about fundagelicalism. Asking for ponies is literally what fundagelicals’ leaders teach them to do.

(Before my deconversion, by the by, I’d stopped asking for anything in prayer.)

So what does Mark Driscoll get out of his magical Jesus ATM?

In understanding how Jesus lived His life through the power of the Holy Spirit, you will learn how to:

Ah, okay. According to Mark Driscoll, people should become mini-Jesuses. Once they have perfected this act, they will receive from their god the benefits that Jesus received.

Let’s see how Mark Driscoll made out with his own personal Jesus ATM.

Maintaining emotional health through hardship.
He threw a major wobbler over Mars Hill removing power from his hands. His onetime yes-men offered him a “restoration path” that would allow him to return to megapastorship (is that a word?). He categorically rejected their offer and flat-out quit rather than submit to them. He’s hidden from the reality of that breakup ever since. No part of that situation sounds emotionally healthy to me.

Redeeming relationships with friends, family, and enemies.
I already mentioned that he blocks anybody who criticizes him. Also, literally nobody healthy who’s read anything he’s written comes back thinking he has any kind of handle on relationships.

Becoming perfected through suffering.
He wishes. His MO has always been to run away the second anything gets difficult, insulate himself with layers of yes-men and sycophants, and beat his chest with both fists.

Forgiving others as he thinks Jesus forgave people.
First, I’m not impressed with Jesus’ forgiveness.

Second, Mark Driscoll is one of the most spiteful, vengeful, perpetually-angry and self-pitying narcissists working in ministry today. Forgiveness is not one of the virtues of the broken system. (Irony, defined: he created a “forgiveness challenge.”)

Defeating the demonic with divine weapons.
Yes, because pretending to fight on the SPEERCHUL PLAYNE is so AWESOME, MAN. Mark Driscoll thinks he’s in that old movie Krull, guiding brave heroes into the mountains to find the Glaive to defeat the Beast that’s stolen their royal girlfriend. But “demons” had nothing to do with his troubles or his flaws. 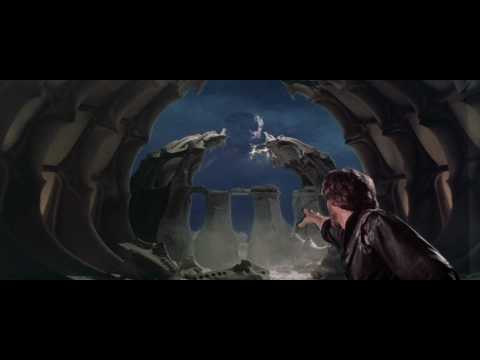 So Driscoll’s 0 for 5 With the Jesus ATM.

Out of his five listed ATM-provided payoffs, Mark Driscoll displays exactly none of them in his personal life and history.

I can’t say I don’t understand why people still listen to Mark Driscoll–even if their numbers have sharply decreased (sales of the book don’t look great–it’s ranked #168,346 in sales overall on Amazon and #4178 in “spiritual growth”). Nor can I say I’m astonished that he still finds an audience.

Mike Warnke’s still out there shilling his li’l heart out at 72 and selling his completely-discredited “comedy” albums. People who get into ministry typically don’t have many other skills. Even wonderful, sincere ministers have trouble transitioning out of that field into something else once they finally burn out.

The conjobs and predators infesting ministerial ranks don’t even want to try.

Like bad ideas, bad people stick around the religion because there is literally no way for more compassionate and justice-minded Christians to stop them. The system itself is the problem, not Mark Driscoll. Its flaws allowed him to create a space in which he could flourish. And now those flaws allow him to scrabble for a living at others’ expense.

Today, Lord Snow Presides over yet another hypocrite in Christianity–but one whose time in the sun may be coming to an ignominious middle. 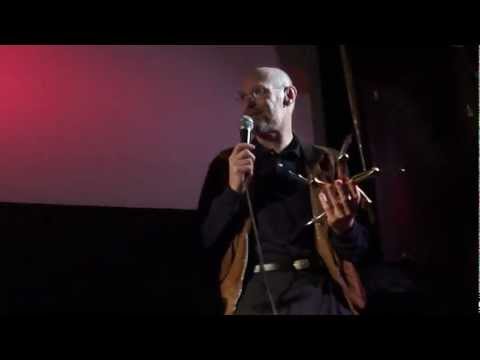 NEXT UP: People like Mark Driscoll have a very easy time convincing other Christians of their apparent sincerity. I’ll show you how they do it–and why it almost always works. See you soon!

Disclaimer: This blog is part of Amazon’s affiliates program. If you follow one of my Amazon links and then make any purchases on their site, I get a tiny bonus from Amazon. This bonus costs you absolutely nothing and they never share with me anything about your purchase.