I’ve been reading a lot lately about the strange shift in right-wing Christians’ morality over the last ten years. As I read, I found myself wondering how that shift has applied in realtime to the various Christian leaders who’ve been caught misbehaving. I began to look for information about what they’ve been doing since their various downfalls, and began noticing a trend. See if you can see it too.

Matt Pitt, the beleaguered youth pastor who got arrested for impersonating a police officer and then lost his shit completely, has been laying relatively low. Judging by his Facebook account, he appears to be preaching again in the exact same manner he was before his downfall. No word on whether or not he learned his lesson and quit tweaking during sermons, but holy cow he’s still pushing that “cool youth pastor” shtick as hard as he can in a really fidgety, incoherent video there. Dude’s almost 35 and still acting like he’s the love child of Josh McDowell and Vanilla Ice.

Tony Anthony, the disgraced author of Taming the Tiger and serial liar, is still faffing about doing his grifty thang in mostly non-English-speaking countries where people are less likely to have heard of his shocking dishonesty. He hasn’t updated his blog in a while, but at least as of 2015 he was still doing his weeaboo squint to look semi-Asian (he is not even a tiny bit Asian) and claiming that he was “saved” while serving time in a Cyprus prison (a very, very unlikely tale to say the least, but central to his “testimony”). And he’s still selling his completely fabricated books.

Kim Davis, the Kentucky county clerk who decided to refuse to issue marriage licenses to same-sex couples and touched off a firestorm across the country, is also being fairly quiet. In November, the news came out that she and her lawyers are trying to stick her legal expenses to her county. Someone’s sure gonna come up with the USD$233,058 smackers her case incurred while she refused to do her sworn duty to her county. I doubt that Mike Huckabee even knows who she is anymore, so he sure ain’t going to be paying it. I didn’t expect her to stay popular, but it’s still nice to see that all the Christians blowing sunshine up her skirt about her being the “next Rosa Parks” have vanished into the woodwork.

Josh Duggar, the sister-molesting pervert who finally, despite all his holier-than-thou parents’ machinations, got caught abusing little girls and lying his ass off about it (among other things–including operating a secret adultery-website account and meeting strippers for rough sex), ran back to Arkansas and is now selling cars. That link has a super-duper creepy picture of him and his wife, with her wearing that Stepford-wife smile and everything (egad, that poor woman). His family got another reality show somehow, called Counting On, but he won’t be on it. I’m not surprised. I’d heard a few things over the holidays indicating the family was sorta test-driving the idea of bringing him back around the cameras, but I don’t think it worked out very well. I ain’t sad for him. At least he isn’t making his living hurting LGBTQ people anymore with his fellow bigots-for-Jesus at the Family Research Council. I can well imagine that a liar-for-Jesus would make a really stereotypically dishonest car salesperson, but at least it’s using skills he’s honed for a lifetime.

His sister Jill, by the way, along with her husband ended up offering refunds to the gullible fans who’d sponsored their fake-missionary trips abroad. She got in trouble again last summer when fans suspected that local women in El Salvador were selling jewelry to help the couple’s “ministry.” They denied that charge, but haven’t to my knowledge explained anything about exactly what their collected donations go toward or how they are used. And yet fundagelical fans still send them money.

House Bill 2, the controversial “bathroom bill” that North Carolina passed last year, is still in force and still causing problems for the state. The University of North Carolina is having trouble finding professors to hire because people don’t want to live in Bigotry Central. The state’s governor, Roy Cooper (a Democrat), is trying hard to repeal the law and thinks it might happen soon. I join him in that hope. It’s a ridiculous law and a stupendously petty and hateful idea, not to mention completely unnecessary. But those are all words one could also apply to the Jesus Party Republicans who wanted the law passed in the first place, I suppose.

(A Virginia Republican, Bob Marshall, tried to pass a similar bill in his state last week and it got shot down in short order.)

Robby Dawkins, the liar-for-Jesus who claimed to have resurrected a dead person during a service he was conducting, continues to keep busy writing books about how to magically heal people. One of them, Do What Jesus Did, proclaims itself a “dangerous book.” With that kind of over-inflated self-regard, I’m just surprised the author didn’t double-dog-death-dare people to read it. Mr. Dawkins claims that because he “lives as Jesus did,” he has superhero powers to heal the sick now. (Jesus clearly never missed mealtime!) Strangely, I haven’t heard a single peep out of him since posting about him–and definitely not a single word about a medically-verified magic healing. Apparently he is in fact doing what Jesus did: he’s vanishing into the historical record without a single peep, leaving behind ludicrous claims that have never once been demonstrated in a credible way!

Mike Warnke, the very first member of the Cult of “Before” Stories, is quietly trucking along in a much-reduced state, preaching and selling his own fabricated books and albums (and rockin’ a truly hideous mullet in his official bio). It’s amazing to me that disgraced Christians can find new congregations and keep selling their snake oil and make livings that way. There really doesn’t appear to be anything a Christian can do to permanently disqualify him from standing in front of a church as its leader.

The Satanic Panic that Mike Warnke helped foster among evangelicals still continues for a certain demographic of Christians, however; just last fall I caught an interview with a supposed Satanist who claims that his job was  “to get rock stars or celebrities to sell their soul” and to “perform Satanic rituals inside abortion clinics.” Really. And this guy got started, naturally, with Dungeons and Dragons! I wonder if he knows that he owes it all to those first hardy adventurers into the steam tunnels of imagination.

Eddie Long, the megachurch leader who preached an extreme kind of prosperity gospel and catapulted himself to the kind of excessive wealth that Christian predators only dream about, got attention from us plenty over the years. He was sued by some young men in his congregation for grooming them for sexual relationships with him, then again by some former church members who accused him of urging them to invest in a financial scam that destroyed their savings. His wife threatened to leave him over the first lawsuit from the young men, but called it off after his concerted effort to convince her to stay.

Then he sort of laid low or even vanished for a year or so (one unconfirmed rumor: that he had gone to Mexico for alt-med therapy for cancer), turning back up in October 2016 with a bizarre new story and a physique that was noticeably leaner than he’d ever had. He said that he’d had some “health issues” that he claimed his god had totally healed with “manifestation,” which I’m assuming means that he physically saw physical proof that this healing had occurred. He does not, in the video below, present that proof, but instead calls for the magical healing of those in his congregation that are in pain or addicted to painkillers. The health issue he mentions, of course, is cancer–specifically, Stage 4, the worst kind, the kind that has spread everywhere. At one point he appears to have been trying a raw-food diet for increased overall health if not for a magic cure for cancer (that’s a vegan diet on hard mode: everything is uncooked), acknowledging that men in his line of work “have to be healthy” if they want to “have influence.” He passed away shortly afterward in January of the cancer. 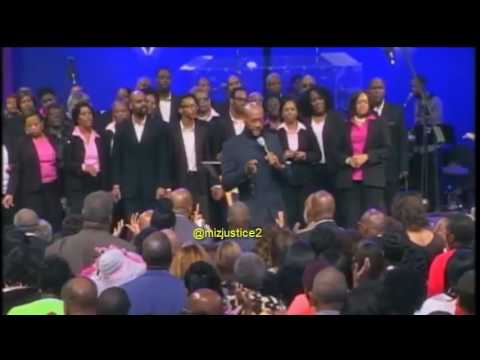 It seems that we can now answer Charisma Magazine very firmly: No, Charisma, “God” did not magically heal Eddie Long of cancer. Not even a little. Eddie Long joins a very, very long list of Christians who prayed super-duper-hard extra-lots for magical healing and did not get it.

It sure seems like there’s a real trend going on here, doesn’t it? There’s all this bluster and all this swagger as the liar-for-Jesus swans around and gets famous, and then the Christian gets caught out, and immediately lays low for a while–till the flocks forget a little. At most, the Christian thus caught might have to semi-acknowledge the scandal and admit to some small measure of wrongdoing (though never outright accepting full personal responsibility)–all to claim that “Jesus” has forgiven everything so y’all better do so as well if you know what’s good for you! And then it’s business as usual, just on a reduced scale until the flocks have fully forgotten everything.

This is by far not a totally new trend–Christian leaders have been enjoying the fruits of followers’ gullibility for years in this exact same way–but as it collides with greater transparency in reporting those leaders’ hypocrisy, it’s becoming way more obvious. There was a time when a pastor or preacher might have his hypocritical habits, but those were tightly hushed up by his closest associates. Now there’s no promise that a transgression will stay secret. Now it’s a lot more obvious that a fundagelical leader can do literally anything and be assured of a pulpit when he gets out of jail–anything, that is, except try to walk away from the religion’s culture wars on LGBTQ people and women’s rights. That’ll land him on the streets in short order. But anything else? The sky is the limit.

The funny thing is, Christian leaders themselves haven’t quite connected the dots between that greater transparency and the way congregations behave toward disgraced leaders. They have been watching their credibility levels plummet over the last couple of decades, and they’re wringing their hands about why and how to fix the situation (and, as that link reveals, coming up with their usual surreal, otherworldly ideas about both).

Based on this list, I think I could give them a few good ideas to start with, couldn’t you too?

We could start with the weird shift in morality that fundagelicals have been experiencing over the last ten years–a shift that was required for them to put up with charlatans repeatedly like they have with this group! We’ve got next year’s predictions to look at this week, and we’re definitely going to have to chat about this “objective morality” Christians think they have that is neither moral nor objective. See you then!