Not too long ago, we discussed the claims of Bonnie Kristian. She’s the writer who thinks that only Christian communities can be truly meaningful, only Christian groups can yield true, deep, and lasting friendships, and only Christian rituals can be truly fulfilling. To say the least, her ideas didn’t impress us. The other day, I ran across a reminder of just how wrong those assertions are. Today, Lord Snow Presides over another potent contradiction to Christian claims. Why yes, people can find meaningful communities and deep friendships–and we can do it just about anywhere, even in a silly little game where kids pretend to be penguins.

Way back in 2005, New Horizon Interactive created a PC chat game aimed at kids. They called it Club Penguin. It took off very quickly, eventually attracting over 200 million registered users. The game’s big selling points included the ability to sign up for free, though they sold paid subscriptions too that gave access to all kinds of perks, and that it was safe for kids to use.

Basically, kids assumed avatars that looked like penguins. Why penguins? Apparently, it wasn’t because the creators were thinking of Opus from Bloom County. Rather, they were inspired by a strip from The Far Side, a popular newspaper comic strip from the 1980s and 1990s.

In the game, players could talk to people (using a pre-set menu of allowable comments and responses), play games, answer quizzes, configure their avatars and virtual homes (“igloos”) in various ways, attend themed parties, and generally just hang out.

The Disney people bought the game in 2007, and from the sound of things, that’s when things really took off. At the time, parents didn’t have many options for safe computer chat programs for kids, and this silly little penguin-themed game seemed perfect for them. Plus, Disney owned it–bringing that huge kid-safe reputation to the proceedings.

And that’s how things rolled, for a while. It was a sensation for that age group.

By 2015, it was clear that the game was declining in popularity. On March 30, 2017, at 12:01 AM, Disney pulled the plug on this beloved online hangout. They wanted to recreate it as a mobile app instead (they’ve added Mac and PC support since then, but people still aren’t thrilled with the game as a whole), so the original Club Penguin had to go.

Sure, membership had been declining. Yes. Nobody disputes that. But a lot of kids had hung out there, and though they’d grown up and many had moved on, they still had extremely fond memories of the site.

Those fans took to social media to describe how they felt at the closing of their childhood virtual home. A Twitter hashtag, #RIPClubPenguin, erupted with grief.

One user wrote, “my childhood is now dead.” (Actually, a lot of users wrote something like that.) One young woman notes (a month after the closing) that while doing her taxes, she’d noticed payments for her Club Penguin membership and had felt grief all over again. And another, a young teacher, held a moment of silence in his 8th-grade classroom.

Just Try to Tell Me That Only Christians Can Build Communities.

One Club Penguin member made a video of the last five minutes of his server’s life. I defy someone to watch this and not feel the palpable grief of the users as the minutes counted down to midnight. 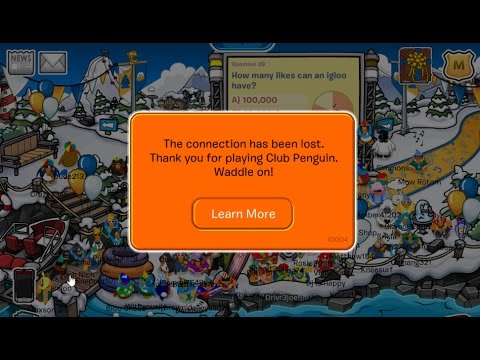 In the video, players crowd into the scene, all saying their last farewells and advising each other to “waddle on,” which was a motivational slang phrase on the site. (It’s sort of like “rock on!”)

Then the room fills with heart symbols, overlapping and rushing together. And then everything goes silent. Finally, the server kicks the user out for the last time–giving its usual farewell message as the connection is lost: “Waddle on!”

And then it was gone.

Indeed, people did what they always do on online hangouts of all kinds.

They made friends and found connections.

Some of them even met up in meatspace, when they got old enough to do that, and became real-life friends. Sometimes they even found love that way (and, in that kid’s case, a side hustle). I saw a lot of people online who say they still talk to the friends they made on Club Penguin.

Of course, even people who never meet their online friends can find those relationships extremely satisfying and emotionally close–often way more so than the extremely-contextual and -conditional relationships people find in many churches.

I’m saying all this to say that Christians absolutely do NOT have a monopoly on meaningful community, rituals, or friendships. People make that happen everywhere we go, because that’s just how people work.

All we really need is a clear space to do it and someone to point the way. 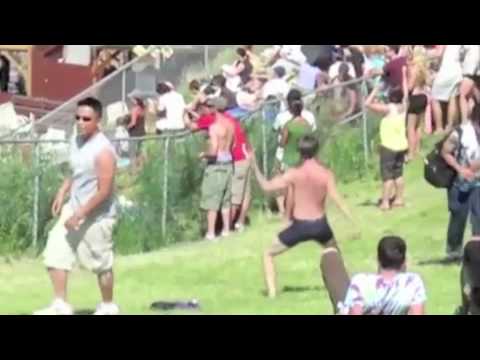 “Leadership From a Dancing Guy.”

Once again, we find that religion is superfluous. People can find meaningful communities and deep friendships in and out of religion. No gods are needed to animate that process in any way.

But a lot of Christians need their religion to have some kind of unique spark that no other group can possibly have. And in response, a couple hundred million animated penguins laugh.

Inevitably, Club Penguin’s biggest fans tried to recreate it after it was gone. Club Penguin Rewritten set up a private server that captured all the stuff the site’s users had known and loved for years. Disney–whose lawyers are no slouches about protecting the company’s intellectual property–didn’t like any of these private server things, but apparently they couldn’t destroy them. Indeed, this re-creation looked impressively active when I peeked in on the place today.

All that said, I’m really not sure why Club Penguin’s in the news again. That video I showed you of its final moments is making the rounds again, and I can see a lot of very recent comments on it on YouTube. It showed up on my YouTube account as a recommended video–I’ve got no idea why. I don’t even watch Let’s Plays or walkthroughs.

Maybe it’s simply been a while, and people are still processing. And that’s okay. Or maybe some other big chat program for kids is closing soon and it’s reminding people. That’s okay too.

All I know is, the whole situation feels very poignant all of a sudden. One of the little casual games I like playing on my tablet is closing in a few days. I didn’t know a lot of people in the game very closely, but we did a lot of things together, and often I began my morning by logging in to my little restaurant. It was a cheery, upbeat start to my day. I’m sad that this game I like is closing, and I’ll miss the people I liked from there. And yes, our little private Facebook group is filled with the same notes of mourning I saw around Club Penguin’s closing.

It all forms a very neat little endnote to that recent discussion about community.

Today, Lord Snow Presides over the strange, myriad, and heartwarming ways that people find each other in this big ole mixed-up world.

NEXT UP: Still no 2018 SBC Annual Report. So we’re heading into the Unequally Yoked Club tomorrow! And this talk of Club Penguin has given me a real hankering to talk sometime about the worst console game I have ever, ever played, EVER. (No, it wasn’t ET. It was worse.) See you soon!

It still just amazes me that all of this stuff with Club Penguin happened, and so many millions of kids joined it and grew up on it, and I only found out about it as it was closing last year. I guess I just wasn’t their target age group! At least I’d heard of NeoPets.

If you like what you see, I would love to have your support. My PayPal is captain_cassidy@yahoo.com (that’s an underscore in there) for one-time tips. I also welcome monthly patrons via Patreon with Roll to Disbelieve. Thanks!

Lord Snow Presides… is our weekly off-topic chat series. I’ve started us off with a topic, but feel free to chime in with whatever’s on your mind! Lord Snow is my sweet, elderly white cat, and the most sweet-spirited, unfailingly polite feline you’ll ever meet… unless you have ham or chicken somewhere on you.