Hi! Lately we’ve been talking about authoritarian Christians. To be an authoritarian Christian is to live in constant, unending, ever-ratcheting-upward fear. They fear so many things! Today, I want to show you another important feature of these folks: their terror of loss. I don’t mean simply loss of objects or people they love, either. They’re also terrified of losing any confrontations in which they find themselves, as well. Here, I’ll show you the lengths to which this fear drives those suffering from it, and how they seek to soothe that fear.

Authoritarians live and breathe and move through a scary world. They feel at constant risk of loss, victimization, ridicule, predation, and restrictions. So they divide the other people in their world into two basic categories: those who can do terrible things to them that they’re helpless to stop or prevent, and those who cannot exert that kind of control over them.

Power represents the universal divider between those categories. The more personal power an authoritarian can amass and hold, the fewer people they must endure in the first category–and the more people they can stick in the second.

To a certain extent, authoritarians will never amass so much power that the first category will ever be completely empty. But they try all the same to move up that ladder as far as possible.

Once they feel comfortable in assigning someone to the those who cannot category, they can start abusing and using that person. To be sure, those in the those who can category will be doing the same to them–without shame, without fear, and without repercussions.

Authoritarians react to vulnerability like they’re sharks sensing blood in the water. And they would sooner die before admitting any in themselves.

(Jesus might forgive them that grave misstep, but their tribemates never would.)

Life is a Battlefield.

And in authoritarian hands, everything they do becomes confrontational.

One of the most frustrating, rage-inducing, heartbreaking things I’ve ever seen happened in an official video put out by one of those terrible Christian private pseudo-schools. In it, an adult emotionally abuses a child.

Here’s how ACE works. The hapless students fill in interminable blanks in endless workbooks in their fake classes. Inevitably, a child has trouble figuring out what parroted answer the workbook wants this time. They indicate to one of the –er, sorry, “supervisors” that they need help (by raising their hands, or by raising a little flag like they’re at a Mexican buffet and need more sopapillas). I wrote a few years ago about what happens next in these schools. Here’s the video. 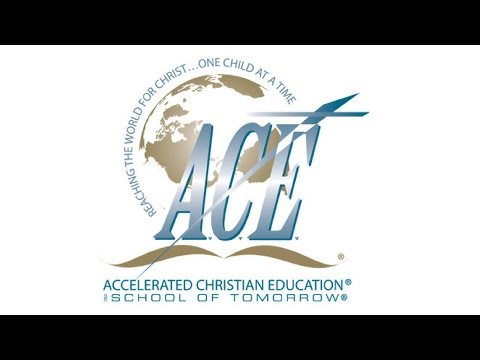 Years later, this whole exchange still torques me beyond all rational coherence.

What Really Happened There.

I showed you this exchange to illustrate how deadly serious authoritarian Christians are when it comes to winning their battles.

At the time I wrote that 2014 post, I wasn’t yet sophisticated enough to recognize exactly why these terrible (and possibly, allegedly, Russian-influenced) Christian schools operate like this. Back then, I criticized this style of interaction as “snarky.” Now I much more clearly see the reasoning going on. The children in these schools learn–early, constantly, and without fail–exactly how power is used in their tribe. The “supervisors” show these poor kids every day what it means to possess–and to lack–power in the tribe.

Winning means increased safety, of course, as well as a life conducted with that many fewer constraints. It also means inflicting humiliation, privation, deprivation, constraints, and frustration upon those who lost.

Even when they’ve designated children, even their very own children, as the enemies, no holds are barred in that battle for supremacy and dominance. Those who cannot must learn early and unequivocally to submit completely to the people in their tribe who are classified as those who can.

And so must everyone else.

Hitching Their Wagons to Winning Stars.

Authoritarians don’t join Team Jesus because they think Jesus is just soooooooo, I dunno man, loving. They have no interest in charity, lovingkindness, longsuffering, servanthood, self-sacrifice and self-denial, and all that stuff.

No, they joined the group they did in anticipation of victory–both here-and-now and in the imagined next life–along with the personal power that victory entails.

One of the easiest ways for authoritarians to min-max their two categories is to sign on to a winning team. By hitching their wagon to a powerful group’s star, an authoritarian can utilize that group’s existing power structures to jockey for advancement within their scheme. They can borrow authority from whatever source the group considers most important. And they can set in motion the million little dramas that move people out of the those who can group to the those who cannot one.

Backing the right team. Picking or playing for the winning team. Betting on joining the right group to win that huge final prize. It all means the same thing. Once you see this authoritarian obsession with “the winning team,” you likely won’t un-see it in a hurry.

Authoritarians view this process of team evaluation as being of monumental importance. As the team’s fortunes rise, so do the fortunes of its hangers-on. If the team were to lose, though, then that would mean some horrific things for its members.

That’s why we so often see Christians gloating about their imaginary future boss-fight win. They can already taste the power they will enjoy over those who picked “the losing team.”

Recruiting for a Winning Team.

Finding new members for authoritarian groups becomes as simple as flaunting their authoritarianism. Just as Nigerian email scams deliberately write their appeals in incompetent prose, authoritarians act out in ways that tell other authoritarians what they need to hear: Look, this group knows how to win the game. This group is the winning team. Join this group to maximize your powerbase. (What I describe here is largely how I suspect my then-husband Biff became Pentecostal.)

The Generous and Benevolent Order of Them What Sit Out In the Hallway.

Of course, that banner repels and disgusts everyone who isn’t authoritarian in one way or another.

And that’s fine to those who flock to their banner. We only mark ourselves instantly as those who cannot. If we won’t even enter the arena, we can’t win any of the prizes to be gained there. We’re simply opponents who gave up the fight before even starting it.

But now something weird is happening to the authoritarian flavors of Christianity.

They’re losing people left and right, especially from the next couple of generations of people.

For all their blather about “the winning team,” their churches sure are emptying–slowly but surely. For all the political power they’ve seized in the United States, their credibility as a group continues to plummet–along with their membership numbers.

It only makes them fight the harder. Remember, they know what they’d do to us if they could achieve a flawless victory over us. They really think that we’d do the same stuff to them in turn. Even Chuck Norris wets his pants over the idea of what he thinks we’d do to him if we only could.

I don’t think authoritarian Christians can even envision a truly cooperative, consent-based, sharing, loving relationship. I don’t think they even believe that such a relationship is possible.

(And soon, when we dive back into the Unequally Yoked Club, I’ll explore this idea in greater detail–along with the way it rips their marriages apart.)

And man alive, I wish I had an answer for their terror of losing. But this one’s something they may need to resolve on their own time.

For now, I content myself with recognizing it and calling attention to it–and of course mocking it for the absolute contradiction to their entire ideology that it represents.

NEXT UP: Speaking of which, we grant some of Christianity’s biggest claims a fresh examination. I wonder if we’ll find them more compelling this time around? Hmm… I wonder! See you soon.