Hi and welcome back! I saw a story a while ago that has me kinda sighing and laughing at the same time. Pentecostals are still doing their thing, but they’ve had to branch out into social media — especially now that it’s harder for big huge rowdy get-togethers. Of note, Religion News recently ran a story about the Pentecostals speaking in tongues on TikTok. Today, Lord Snow Presides over how an unusual practice seeped into one of the strangest venues ever.

(This week’s 1st-Century Friday topic can be found here.)

Speaking in Tongues: A Brief Introduction.

Just as a refresher, speaking in tongues is a charismatic Christian experience.

Charismatics themselves use that term because charisms itself means gifts of the Holy Spirit. There are lots of those gifts (source):

Individual Christians don’t usually boast of having all of those gifts. Nor do they get gifted one of these for life. Gifts seem to come and go depending on what the claimants want to do.

Every flavor of Christianity seems to endorse one or another of these gifts. Heck, my first brush with the word Charismatic came very young when I spotted the word on the cover of one of my Grandma’s Catholic magazines. It wondered what the big-C Church was supposed to do with all these charismatics invading their churches. (Grandma did not approve of them.)

But usually, when Christians use the term charismatic to modify Christianity, they mean they go in for this list. Most especially, they’re hinting that they speak in tongues or that their church participates in the custom somehow.

If you wonder what speaking in tongues sounds like, it just sounds like baby babbling. Most Christians who do it are right-wing evangelicals, so imagine a bunch of monoglot, poorly-educated, even-more-poorly-traveled, xenophobic Americans trying really hard to sound like they’re speaking Ancient Aramaic.

The results are absolutely, positively hilarious:

When it comes to speaking in tongues, though, churches get really divided. Some churches allow it only if someone immediately interprets the message. That introduces quite a fun doe-si-doe as everyone wonders who’s gonna take the hit for Sister Jane’s fifth attention-seeking outburst that morning. Others allow it only at certain times, like during big revivals. (Like the Toronto Blessing.)

Other churches argue about whether or not the “tongues” themselves need to be a real live language at all — because as our world’s gotten more connected, it’s become more and more obvious that they are not!

Of course, many flavors of Christianity consider speaking in tongues downright demonic. Thus, they forbid it entirely. Others say it is required as a sign of spiritual rebirth. When I was Pentecostal, I remember getting into a whole lot of arguments about exactly that with my Southern Baptist Convention (SBC) friends in college. (Because of the Doctrinal Yardstick, none of us won these arguments.) Y’all, they had whole tracts about this.

But I don’t think anybody denies that tongues-talking feels really fantastic and looks like a big huge ol’ gen-yoo-wine MEERKUL. At least, it does in the right context, to the right people. (<— Remember that point. It’s super-important.)

Speaking in Tongues on Social Media.

For some reason, tongues talking Christians love to put this nonsense onto social media. Besides the YouTube examples you can find, some years back we all had a good larf at Juanita Bynum, who kept speaking in tongues on her Facebook posts. She was famous for this behavior. If someone saw her posts today, they’d just ask her if she was having a stroke:

You can find tons of screengrabs along these lines on Google. Even back in 2011, when she was most active, other Christians — even other charismatics — had some doubts about just how Jesus-y this stuff was.

Well, full speed ahead, as they say. No social media is immune to attention-seeking people, and not much looks flashier than speaking in tongues.

So now, apparently, we have charismatic Christians speaking in tongues on TikTok. I could find no specific examples on TikTok. In fact, I kinda wonder if the guy profiled at the beginning of that Religion News post may have done away with his rowdier TikTok videos, because I couldn’t find any at all in his catalogue. I found tons of Pentecostals and charismatics, just not speaking in tongues on video!

That said, plenty of people have reproduced such TikTok videos on YouTube — usually for humorous effect.

For that matter, YouTube’s always been a great place to find videos of people speaking in tongues. 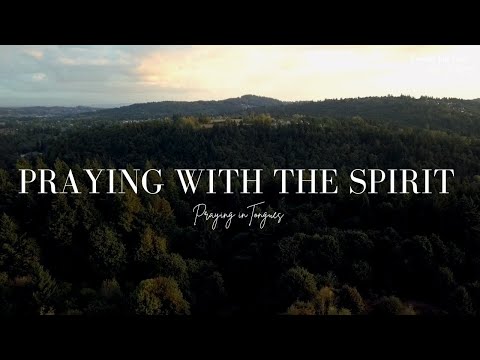 And this one, who mistakenly thinks there’s some distinction between “fake speaking in tongues” and whatever she’s doing: 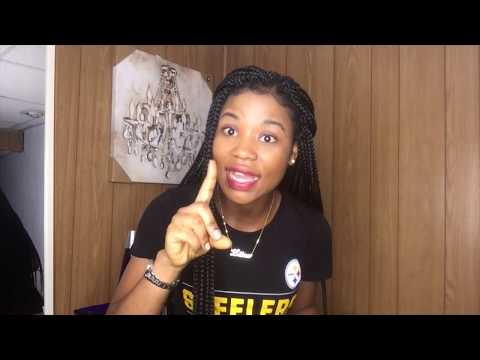 (In case anyone needs this newsflash: it is all literally fake. No gods are involved.)

The Current Argument about Tongues on TikTok.

Some Christians really love the idea of speaking in tongues on social media. One Christian, Heidi Campbell, thinks it’s natural for today’s charismatics to do exactly that. She told Religion News:

Others don’t like the idea at all. That same article presented several other Christians with objections. Some felt it was a very private practice, so it didn’t belong on social media at all. Others were all for public prayer, but thought it looked too disorderly.

Speaking of the Toronto Blessing, that was a very common argument against what those Christians did in that massive movement. I often heard much the same argument made against speaking in tongues generally, back when I was Pentecostal.

I bet today’s charismatics respond in the same way my crowd did back then. We said that our god liked a little rowdiness sometimes, and we were fine cuz we were in submission to the Word by speaking in tongues. (In submission is Christianese; it just means “obedient,” but in a Jesus-y and hierarchical way.) And yes, I heard the Toronto Blessing people respond the same way.

There’s really nothing new under the sun in Christianity.

But speaking in tongues doesn’t make a lot of sense outside of its context.

Getting Christians to that euphoric state takes a lot of manipulation and environment-setting. To them, it all feels 100% natural — as natural as water flowing in a stream, the natural consequence of being in what they think is the presence of a real live god.

To put their tongue-talking on video rips out all of that contextual stuff. All they see is the babbling. And they can tell it’s just babbling. That’s really all it is. The harder a Christian tries to make it sound real, like a real language, the more painfully obvious it is that it’s not real at all.

And seeing such fakery on display on live video is just bringing up so many striking memories for me. It’s painful to remember that I once thought this was all TOTES FOR REALSIES, YOU GUIZE.

Many, many years ago, my Evil Ex organized an official prayer group on my campus. He called it, I kid you not, Prayer Warriors for Jesus. (I wrote about it in detail here.) Every single weekday, our group met in one of the meeting rooms on campus so we could pray for an hour.

At least, that was the idea. What Biff really wanted was for the group’s name to be printed on the daily calendar of meetings. If we had a room reserved (which was free for campus groups), then the room had to be listed on the calendar posted all over campus. He wasn’t actually into the prayer part so much. He just wanted the group name to be in people’s faces.

Though officially I was an officer in the group, Biff already knew I wouldn’t be able to attend many meetings. But sometimes, I did.

On those days when I attended the meetings, I’d hunker down in the darkened meeting room and pray. While I prayed, Biff and the other guy in the group, James, would pace around the room waving their arms and howling in tongues.

And ripped completely away from the context of church, heard in a regular room with regular acoustics decorated like a regular meeting space, man alive, I gotta tell you: I felt increasingly embarrassed and ridiculous.

How Speaking in Tongues Helped Me Deconvert.

I felt like I was just talking to the seat cushion or ceiling (whatever I was looking at). It didn’t feel like I was connecting with anything divine, because none of that contextual manipulation and environment-setting had been done.

Without all that prepwork, speaking in tongues felt like exactly what it was: babbling. Prayer itself felt exactly like what it was too: talking to myself.

Watching these TikTokers and YouTubers speak in tongues, I get that same feeling — just at a remove, as embarrassment for the people involved. Just yikes, y’all.

Today, Lord Snow Presides over one of the goofiest practices in all of Low Christianity — and how it’s meshed with today’s modern digital platforms in the wackiest way imaginable.

NEXT UP: Speaking of serious WTF feuds in megachurches, we’ve got another. Goodness, what’s got these guys on such an edge? See you tomorrow!

For 1st-CENTURY FRIDAY: Friends, we’re coming up quickly to the end of our actual-contemporaries-of-Jesus list of authors. I have a lot more names on our list to finish up in that department, so next week will be a catch-all of writers whose work has been lost or who really shouldn’t have been expected to say anything about Jesus or Christianity.

This series isn’t over by a longshot, of course. I’m fascinated with the history of Christianity and how its earliest believers worked with their source material (and created more, much of it destined to be discarded or turned into Low Christian folklore). I’m also very interested in the pious frauds among those earliest Christians, so before we’re done, we’ll definitely cover the usual names that Christians reach for when they try (and fail) to support their claims: Tacitus, Josephus, etc. This Wiki page offers a number of those names, and I do recommend anyone with similar interests to check it out. They include a lot of citations.

My goal is to cover every one of the names on the usual lists of 1st-century authors that skeptics use as a reference (here’s one such example).

As always, nobody is required to do anything. I’m just offering a heads-up about what Friday will contain, in case anyone wants to check it out for themselves ahead of time. (Back to the post!)

Lord Snow Presides is our off-topic weekly chat series. Lord Snow was my very sweet white cat. He actually knew quite a bit. Though he’s passed on, he now presides over a suggested topic for the day. Of course, please feel free to chime in with anything on your mind: there’s no official topic on these days. I’m just starting us off with something, but consider the sky the limit here. We especially welcome pet pictures!

If you like what you see, I gratefully welcome your support. Please consider becoming one of my monthly patrons via Patreon with Roll to Disbelieve for as little as $1/month!

My PayPal is captain_cassidy@yahoo.com (that’s an underscore in there) for one-time tips. You can also support this blog at no extra cost to yourself by beginning your Amazon shopping trips with my affiliate link. And, of course, please like and share my posts on social media!

This blog exists because of readers’ support! I appreciate every single bit of it. Thank you. <3