Hello and welcome back! There are a lot of authoritarian groups out there. And they’re far more alike than they are different. Current news has had me thinking about this topic for a while now. So today, let me show you the lessons that authoritarians learn early. Along the way, I’ll expose how their groups really operate–and what busts them wide open.

So many Christians love teaching their small children “Bible lessons” or reading them “Bible stories” before bedtime. In reality, these stories and lessons convey an entirely different message to those vulnerable little minds than their parents intend. Those little pitchers have big ears! 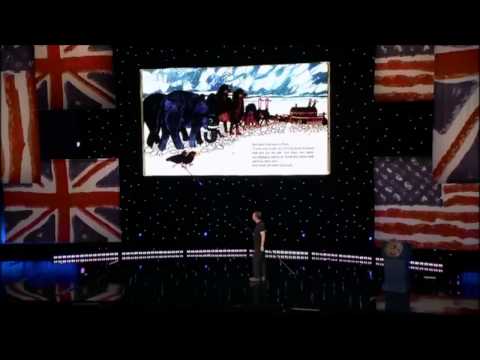 Ricky Gervais explains why these seemingly-innocent stories are actually quite awful.

Having learned these rules, these children grow up and eventually stride out into the world–taking these lessons with them.

When I look back at my childhood, I can see every one of these rules operating in my household. I didn’t grow up fundagelical. Far from it. But I was a very easy fruit for recruiters to pick, thanks to that upbringing.

My only point of difference from the fundagelicals I eventually joined was a bit of window-dressing and terminology. I already completely subscribed to their general worldview.

I already played their game.

Children and newcomers in these groups soon learn, as well, the corollaries to those rules:

Inside every bellowing fundagelical blowhard is a small child who learned some very ghastly lessons in those formative years.

(Not excusing those blowhards at all, obviously. Just sayin’ that the chain of pain lasts forever if someone doesn’t make the effort to break it.)

Authoritarianism With a Jesus-Flavored Coating.

“. . . it was exhausting talking with DeAnne [Stidham] and trying to keep up with the million miles a minute she would talk to you at. I would find myself agreeing to something I didn’t even want to do all because she made it sound so good.”

Toxic Christian groups utilize an authoritarian structure with a coat of Jesus frosting. As such, they appeal enormously to Christians who either want to lead submissive, docile followers–or those who feel attracted to such leaders.

Authoritarian leaders want the power that these leadership roles confer–all without making the effort that a more secular leadership position would probably require. They find safety, wealth, and security in Christian power–as well as a great deal of leisure time they can use to gratify their urges. If these folks had a way to gain all those advantages in some other kind of group for less effort or more reward, we’d never even have started having trouble with fundagelicals. We’d be having trouble with some other authoritarian group type, and fundagelicals would just be like fringe-dwelling snake handlers somewhere in the mountains instead of an utterly outsized force in government.

Instead, authoritarian leaders gravitate to fundagelical groups because they promise the biggest bang for the effort buck.

Meanwhile, authoritarian followers know they lack the qualities that’d land them those plum leadership roles. They seek, instead, to latch themselves onto a powerful leader who’s already found a base. By following this leader, they hope to find a measure of safety and security for themselves. They’ll never be completely safe or secure, no, but they’ll come closer to the goal than they think they could get on their own.

Then they willingly endure the various overreaches and abuses these leaders routinely commit against them because they’re sure that things would be far worse outside their group–or because the brutal retaliation of the group itself.

The report says the boy “felt he could not report the abuse because St. Peter [the priest] was beloved by his family.”

Another Catholic priestly child-rapist gets discovered

Followers in authoritarian groups become sacrificial lambs for the slaughter–all at the whim of their groups’ leaders. When abuse inevitably comes their way, they feel they have nobody they can trust to tell. (Faring worst of all are the victims who do try to raise the subject–only to get slapped down as liars or worse.)

Authoritarian groups typically revere their leaders as shepherds or even prophets. Often, these groups insist their leaders are literally ordained by a real live god to hold their positions. This god’s wisdom, of course, cannot ever be questioned. Authoritarians also think that they gain valuable hiring advice from this god. (There’s not one single Christian church out there that doesn’t make a production out of praying earnestly before hiring a pastor or installing a leader somewhere.)

Thanks to these practices and many more, it’s incredibly easy for a wolf in shepherd’s clothing to trick hiring committees. I’m sure it’s even easier to fool ’em if the committee already contains a few wolves.

The First Law of Authoritarian Motion.

Once in power, authoritarian leaders stay in power unless an external and more powerful force removes them from power. All the group’s followers can usually do is make peace as best they can with their leader and jockey to form their own bases of power within the group.

Authoritarian churches–no matter their size–are hotbeds of drama and politicking. If a sanctuary only contains eight pews, then you can bet someone’s fighting tooth and nail over the front pair of seats. If a choir consists of ten people, at least four of them are locked in a battle royale over who’ll be singing the worship solo next Sunday. It almost seems like the smaller the church, the worse the bickering gets.

And it happens that way because the members tend to seek their own power bases–but the smaller the church, the less power there is to go around and the more concentrated it’ll be in the uppermost leaders’ hands.

People who are otherwise quite powerless in authoritarian groups–especially women–join themselves to subgroups. Within those subgroups, the jockeying for power can become especially intense. At the end of the day, the leader of that subgroup is still, say, a woman–and thus inferior to literally every man in the church. But within the subgroup of married older women attending this church, she is the queen bee–and that’s enough for a while.

Maybe she’ll marry a daughter into the pastor’s family. Or maybe she’ll be caught up in a scandal and lose power, allowing another subgroup member to surge past her. And if any leaders fall from power, the whole church races to forge alliances with the new ones.

It keeps everybody busy, I reckon. But it still staggered me when I was Pentecostal to notice how very little about evangelical (or fundamentalist–this was before they fused into fundagelicalism) church culture ran according to our marketing.

Growing up in the CoC, religious art work was seriously frowned upon. Friends who had a picture of The Last Supper over their sofa were told it offended some old church lady who had visited them. They were told by leadership to be the more mature person and take it down.

When we engage with argumentative fundagelicals, remember always that they speak from a position of rattled and frustrated control-lust. They feel soothed and a little mollified when they gain the upper hand over others. It’s not about convincing us, not for them. Hell, it ain’t even about saving our souls from their hateful, cruel imaginary friend’s wrath. It’s about getting themselves a little jolt of soothing superiority at an enemy’s expense.

The rest of their lives can be topsy-turvy, but if they can fire off a tribe-approved zinger at someone online, then just for a minute they’re happy little campers. When they defiantly cast votes for an adulterous pathological liar they hope will help them make America into the Republic of Gilead, well, then they feel safer in their bubble because ohh, we heathens need to be punished for rejecting their grabby hands.

For our own good, that is.

That’s what this is all about. Authoritarian Christians would lurrrrrve for their enemies to flat-out tell them they were right and we were wrong, then submit ourselves to their silly discipleship programs. But barring that, if they can clamp down so hard on our personal lives that we’re forced to submit to their overreach and live according to the rules that they themselves don’t even live by, that’s fine too. That’s perfectly fine.

For authoritarians, having total control over us is just as good as having our agreement and voluntary compliance with their demands. Control is how authoritarians feel safe. They don’t care if they miss out on genuine intimacy and never learn to have an honest, open conversation with another living soul. Real two-way engagement is the enemy. Such a thing requires vulnerability, and well, they learned as children what happens to the vulnerable.

So to avoid coming face to face with what they lack, they invent all sorts of substitutes for intimacy and engagement. Then, they declare that their weak substitute tastes even better than the real thing and evince sneering pity toward those who know better.

I look back and mourn the child I was when I learned those harsh lessons. I missed out on so much!

Nonna: “We came in through a door made of moving rock. Can you make the rocks open again, little spirit?”
Cutter: “You still have faith?”
Nonna: “I still love.”

And yet I can take heart: I’ve learned and grown since then. It’s difficult to change deeply-ingrained beliefs, but it’s possible. I’ve done it. So have millions of others.

Maybe that’s what scares these groups’ leaders most of all:

Love–real love, I mean, not the redefined version so many Christians employ–is the unstoppable force. It truly does cast out all fear. It breaks our chains and sets us free. Love has led many a Christian right out of authoritarian groups–and kept many others besides away from such groups.

Love cannot be controlled or corralled or stoppered. It can flicker, especially in the presence of terrifying threats, but it rises again and again. It’s unpredictable.

When we pursue love above all, our lives reflect that searing reality. Love slowly heals that gaping wound that authoritarianism stabs into so many of us as children from our earliest days.

NEXT UP: More really bad news for multi-level marketing (MLM) schemers–and how these companies are starting to collapse.

Also check out our recent Graceful Atheist podcast interview! It was a blast.