Christopher Hitchens (1949-2011) has had a profound influence on me for years. It’s hard to think of a greater artist with the language or a more incisive thinker. He took a different approach than I do to religion and atheism, but it irritates the crap out of me when interviewers set me up as a nice-guy foil to the Horsemen. It’s not an either-or. Hitchens speaks to me, and often for me, while I’m busy reaching across aisles. I wouldn’t for a minute want to do without that voice. And when his conclusions were different from mine, he gave me serious pause. It’s damn hard to wave Hitchens away with a casual hand.

When my son Connor told me this morning that Hitchens had died, my mind went straight to what I think is his greatest moment — not one of his debates, and not a written polemic. It was what he did when he was wrong.

Several times, including in an article in Slate in late 2007, Hitchens defended U.S. interrogation methods in the “War on Terror,” saying they fell short of torture. Instead of just bloviating for applause, he agreed to test his claim by undergoing the experience himself. He relented in mortal terror after 16 seconds, then went on to write a Vanity Fair piece titled, “Believe Me, It’s Torture.”

Several liberal commentators went all John 20:29 on him at the time, saying duh, they figured out it was torture without getting under the towel themselves. A lot of conservative fans of the technique apparently need, but for some reason decline to volunteer for, the experience.

Hitchens made a false claim, then put his money where his mouth was, changed his mind, and gave me a lesson in intellectual integrity I won’t forget. It’s one of many gifts from Hitchens that I’m grateful for. 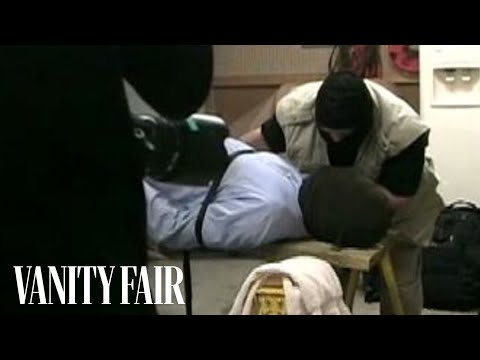