“Twenty-eight…oh, that’s a good one.”

Despite living with him for 13 years, I knew very little about my dad. He worked three jobs and traveled a lot. When he was in town, he came home exhausted from a hundred-mile round-trip commute. I didn’t even know he was a nonbeliever until long after his death at 45.

My mom spoke very little of him after that, consumed as she was with the lonely and impossible task of working full-time while raising three kids by herself two time zones away from any other family.

I often wondered how much my kids would remember of me if I died at various ages. The situation is different—I’ve been more involved in their lives than my dad was able to be in mine, for several reasons — but I wanted a way of sharing my life with my kids that was natural and unforced.

At some point, without even meaning to, I found a way, creating something we called “age stories.” Simple premise: At bedtime, in addition to books or songs, the kids could pick an age (“Twenty-eight!”) and I would tell them about something that happened to me at that age.

Through age stories, they now know about my life at age 4 (broken arm from walking on a row of metal trash cans), age 9 (stole a pack of Rollos from Target and felt so bad I fed them to my dog, nearly killing her), age 21 (broke up with my first girlfriend and got dumped by the second one), 23 (my crushing uncertainty on graduating college), 25 (the strange and cool job in LA that allowed me to meet Nixon, Reagan, Jimmy Stewart, Elton John, and a hundred other celebs), 26 (when I pursued and stole their mother’s affections from the Air Force pilot she was almost engaged to), what happened on the days they were born, and everything—eventually just about everything —in-between.

They know about the surreal week that followed my dad’s death (13), how I nearly cut off two fingers by reaching under a running lawnmower (17, shut up), my battles with the administration of the Catholic college where I taught (40), the time I was nearly hit by a train in Germany (38) and nearly blown off a cliff in a windstorm in Scotland (42).

Age stories can also open up important issues in an unforced way. Delaney happened to ask for 11—my age when my parents moved us from St. Louis to LA—right before we moved her from Minneapolis to Atlanta.

She was five at the time and taking it hard. The new owners of our house wanted the swing set out of the yard, so rather than waving to it as we drove off, my kids had to watch as I euthanized it. First, we gave them a full afternoon to ride the swings and say goodbye. Then Laney collected soil from around the legs of it to bring with her.

Our move was not part of God’s plan. It wasn’t even a job transition. Either of those would have made it easier to deflect the kids’ occasional plunges into grief at the loss, not to mention our own. We could have claimed it was out of our hands.

Instead, we were stuck with free will, or a remarkable facsimile of it. We moved to live closer to extended family and to flee the northern winter. We moved, in other words, because Mom and Dad decided to move.

Even beyond the near future, the consequences of such a move are staggering. Had my own family of origin not moved to LA in 1974, I would almost certainly not have gone to Berkeley, met Becca, and had the kids I now have. I’d have different kids, with a different woman. Joyless marriage and wretched spawn, I’m sure of it. As a result of my parents’ long-ago decision, that woman is now probably on her fifth marriage, looking for me.

And there we were, my actual wife and I, sitting in our Minnesota kitchen, rewriting the lives of our children and of countless others born and unborn with a single decision. They’ve now grown up with different friends and will most likely marry different people than they would have. Assuming they have kids, tens of thousands of human beings will end up existing who would never have come to pass had we stayed put—and tens of thousands of others who would have resulted from their likely unions in the Great North will never be. Did we kill off the next Gandhi…or the next bin Laden? Or, on the other hand, have we now set into motion the creation of another future hero or monster?

Free will isn’t for the faint of heart.

I love to think about the chaos of innumerable butterfly wings beating out the details of our brief lives—at least in the abstract. So do my kids. It’s fascinating to consider the real consequences of the Absent Helmsman, but less entertaining when we feel ourselves drowning in the losses of now.

I don’t think kids benefit from being too thoroughly protected from the experience of loss. It’s a guaranteed part of the experience of being alive. And mine gained at least as much in resiliency, adaptability, and self-knowledge from that transition as they lost.

So I told Laney about my own tears and rage at 11, and the fact that I held on to my bedpost the day of the move—and how well it turned out in the end, up to and including her very existence.

I wasn’t surprised when she said “11” again and again at bedtime during that hard transition in her own life.

Through age stories over the years, we talked about love, lust, death, fear, joy, lying, courage, cowardice, mistakes, triumphs, uncertainty, embarrassment, and the personal search for meaning in ways that no lecture could ever manage. They came to know their dad not just as the aging monkey he is now, but as a little boy, a teenager, a twenty-something, stumbling up the very path they’re on.

And they kept coming back for more until I ran out of stories. 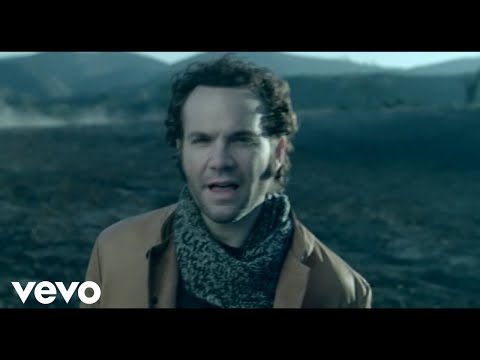