Back from an EPIC two-week family vacation in California, probably our last big trip as a family unit.

We ended in Yosemite, the most sock-off-knocking place on Earth, staying outside of the park in the tiny Gold Rush town of Coulterville at the Hotel Jeffery. It was an unmissable opportunity. The Jeffery, you see, is haunted. In my enthusiasm for the idea, I even booked Room 22, “the most haunted room in the hotel.”

Right after I booked and paid for it, I ran and told the kids about this fun thing I’d done, thinking they’d jump up and down. What a putz. Connor (16) thought it was cool, but the girls pretty much jumped up and down on my head.

“What were you THINKING?!” Laney asked. “Seriously, Dad, jeez!”

“Well most of the hotels near the park are already booked!” I said defensively. “And this one had a lot of rooms available, and they’re uh…they’re cheap.”

“Gosh I wonder why.”

It shouldn’t have surprised me. My kids have a healthy skepticism, partly because I’ve been pulling their legs continually since birth. (Hey, they were having a hard time out of the canal.) But their well of experience and reading and thinking about the supernatural isn’t much deeper than mine was at their ages, and I would NOT have jumped at this chance if my dad had come up with it. Hell no. I’ve worked it all out since then, so I no longer register more than a distant, limbic twinge at this stuff. Oh yes, still that.

But I’d already handed over my gold nuggets for the rooms, so we were going to be staying at the Jeffery. But to avoid a revolt in the parking lot, I knew I’d have to offer the girls something from my own well.

My biggest breakthrough in thinking about religion was realizing I didn’t have to search for the deity to decide whether I believed; I just had to look at the reasons other people believed and decide whether they were any good. (SPOILER ALERT: Nope.) The same thing works with the paranormal. So before the trip, I showed Erin and Delaney the first two minutes of this video: 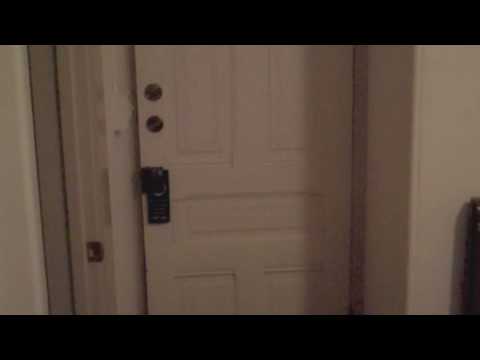 “Oh, please!” Laney said when the door opened (1:30). Erin laughed with relief. Now they were dipping into their own wells of experience. Both of them grew up in a 115-year-old Victorian house in Minnesota. Like the Jeffery, none of our door frames were quite squared, and the slightest change of air pressure would cause a door to drift open, even if you couldn’t feel it. The silliness of somebody else’s evidence helped their concerns melt away. “You’re just people like us in the universe” became one of the catch phrases of our trip.

So I thought we were done. Oy, putz!

The last leg of the trip arrived. We drove straight from LA and pulled up in front of the Jeffery, which has a very cool, fairly authentic, unpolished feeling. Gaudy wallpaper, dim lighting. Wood creaks and paint peels. No check-in counter — you get your keys from the bartender at the period saloon downstairs, which was nicely filled with bikers. And upstairs we went.

The doors of unoccupied rooms are left ajar. Of the 22 rooms in the hotel, 22 were ajar. We were the only guests for the night, and we had one room on each of the two floors — at opposite ends. Becca noticed there were no phones. And we hadn’t had cell reception for twenty miles. This was getting good.

And then it got better. Once the saloon emptied out, even the staff left. Locked the door and left. We were now the only people in the building.

Despite all this, and the sun going down, everybody was still fine fine fine…until Becca opened a little black case we’d been given with the key for Room 22. It was a ghost detection kit, with instruments like a “GaussMaster electromagnetic field meter,” a motion detector, and a laser thermometer.

Delaney had been sitting on the bed, reading the instructions, which she slowly lowered into her lap.

All of her earlier fear was right back on her face. It’s easy to dismiss mediums cooing over a door that opens by itself — literally kid’s stuff. But this looked an awful lot like science.

I wasn’t going to force her to do it, of course. But I also thought we should try to defuse her fears before the lights went out.

I picked up the instructions and read. “Hmm. Um hmm. Looks all official and sciencey.” She nodded. “Well there’s a word for that. It’s called pseudoscience. Guess what ‘pseudo’ means.”

“Fake,” I said. “Pseudoscience means fake science. Something pretending to be science that isn’t.”

Now this was interesting. From nothing more than that, she suddenly looked visibly relieved. Not completely, but better. Somehow knowing there was a word for the fakery, a whole category, gave skepticism a form of its own, something she could hold on to.

Of course having this long, fancy word didn’t really confer legitimacy any more than the sciencey words in the instructions did, any more than calling something “transubstantiation” makes it less goofy. But in that moment, having a name for “fake science” helped her see that it might be exactly that.

I read the instructions aloud for one of the gizmos. “‘If the reading is between 0.3 and 0.5, you may be in the presence of a spirit.'” We turned on the meter and pointed it at a corner. The needle went up and down from 0.0 to 0.6. “They said that means there’s a ghost there. How do we know that isn’t the normal variation?” She shrugged. “We don’t. And they know we don’t know that, so they make up numbers to freak us out and sell ghost detection kits.”

Two minutes later, we each had a device and were tiptoeing, Scooby-style, down the intentionally dark hallway, humming scary organ music, pointing at shadows and giggling. We went into dark guest rooms, scanning everything as we went, needles bouncing and lights flashing. By the time we got back to our rooms, they were back to the reaction they’d had to the video of the self-opening door.

The next day we talked about the incentive the Jeffery has to bill itself as haunted — hell, it’s what snared me! — and came up with a few ways they could do it better. I think their skeptical wells are a little fuller for the experience. And it was damn fun.