A n article that crossed my Facebook last week tapped the most powerful human emotions — threatened national pride, the fear of the tall and balding, and that ancient, visceral distrust of 7th chords.

While guest conducting the Boston Symphony in 1944, the composer Igor Stravinsky programmed his own arrangement of “The Star-Spangled Banner” as a tribute to his newly-adopted home.

As you might expect, Stravinsky’s version of “The Star-Spangled Banner” wasn’t entirely conventional, seeing that it added a dominant seventh chord to the arrangement. And the Boston police, not exactly an organization with avant-garde sensibilities, issued Stravinsky a warning, claiming there was a law against tampering with the national anthem. Grudgingly, Stravinsky pulled it from the bill.

Make sure you’re on a secure server before you listen to Stravinsky’s illegal arrangement (1:54): 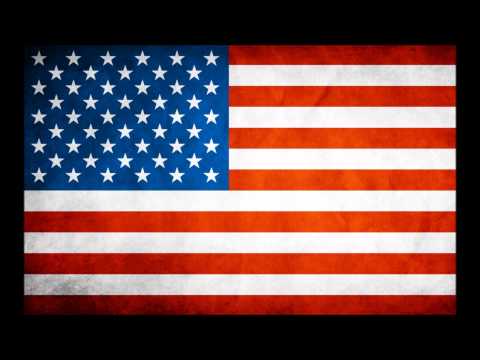 The arrangement is incredibly tame, especially for Stravinsky, and light-years from anything that can be called “avant-garde.” Oh sure, he threw in some interesting non-harmonic tones. But the fact that it’s only in one key at a time makes it one of the most conventional things Stravinsky ever wrote. Whether it was wildly unconventional for 1944 (nope) or for the Boston Symphony in 1944 (nope) or for a setting of the National Anthem (barely) is not that interesting to me. It was unusual enough to get the attention of the Boston PD, which is funny and apparently did happen. Stravinsky was fined $100 under a misapplied interpretation of a dumb but actual Massachusetts statute.

As weird as all that is, one detail of the article got my attention:

Stravinsky’s version of “The Star-Spangled Banner” wasn’t entirely conventional, seeing that it added a dominant seventh chord to the arrangement.

Oh fer…okay. Where to start.

Music is a mystery to most people, I get that. But there’s a common tendency to not even try, and to assume that the not-trying won’t be noticed. A film that painstakingly researches whether a particular style of eyeglasses was available in 1924 before putting them on the face of an extra in the distant background will nonetheless focus on a clarinetist tootling away in a jazz band with his hands reversed on the instrument  — even though the set of all former middle school clarinetists must surely outnumber the set of all eyeglass-period-style-knowers. And when an otherwise brilliant montage in the movie Stardust has Tristan playing an audible major triad while the actor presses three random keys — something inside me dies.

Yes I know, starving children and all.

The story of Stravinsky’s felonious dominant seventh is even weirder than a careless error, like not knowing the clarinetist’s left hand is on top. Instead, it’s of the “a little knowledge is a dangerous thing” type. The arrangement does include a dominant 7th — several, in fact. But you’d be hard-pressed to find an arrangement of our national anthem that doesn’t include a dominant 7th. Or 95% of anything written since 1690. It’s one of the most common chords in Western music.

Here are the Beatles outlining a dominant 7th from the bottom up (8 sec):

It is as conventional a chord as you can imagine.

That’s not to say it isn’t a great and useful chord. Remember when I used the Batman (movie) theme to show how unstable pitches yearn to resolve by the shortest distance they can, like a half step? Good times.

And remember the one about tritones being deliciously unstable? They are.

Well check this out: When you add the 7th to a regular triad — the top note in the first chord below — you get a note that’s unstable, yearning to drop a half step to a stable note in the tonic chord that follows. The leading tone (Dorothy’s “Why oh why caaaan’t…”) is already yearning to go up a half step to the tonic pitch. And, AND, those two notes together (B and F in this case) form the awesomely unstable tritone, the ‘devil in music’!

Scandalized? More likely you’re surprised by how unsurprising it sounds. That’s the point. For all that useful instability, the V7 is about as typical and boring a musical thing as you can get.

And you know who specialized in not using ultra-conventional things like V7 chords?

So to say Stravinsky’s use of a V7 was somehow “avant garde” is like saying Picasso freaked out artistic sensibilities by painting one nose per face. It is the opposite of the way he challenged norms.

The use of a fancy-pants term is also part of this game, so a better comparison is finding out there’s ‘dihydrogen monoxide’ in your swimming pool, or that a poet was caught using an ‘interrogative’. It’s like saying Guy Fieri shook up the cooking world by using ‘sodium chloride’ on eggs. The only way your surprise needle moves is if the fancy term (in this case, ‘dominant 7th’) is new to you.

So whether or not Stravinsky was guilty of assaulting our national anthem, the dominant 7th chord wasn’t involved in the crime. Of course its fingerprints were on the anthem. That’s because it lives there. And everywhere else.