First published in 2011, this article feels especially urgent in 2018. Erin is now a junior in college.

A few days ago, Erin, my eighth-grader, made me proud. That alone is not news. But in this case she showed courage in someone else’s defense, and when that happens, my shirt buttons grab their crash helmets and wince.

“Guess what happened today,” she said.

“I was at the table in the cafeteria with these three other kids, and two of them asked the other girl where she went to church. She said ‘We don’t go to church,’ and their eyes got big, and the one guy leaned forward and said, ‘But you believe in God, right?'”

Oh here we go. I shifted in my seat.

I looked around for popcorn and a five-dollar Coke. Nothing. “Then what??”

“Then they turned to meee…and they said, ‘What about YOU? What do YOU believe?'” Another pause. “And I said, ‘Well…I’m an atheist too. An atheist and a humanist.'”

She’s 13, old enough to try on labels, as long as she keeps thinking. She knows that. And she’s recently decided that her current thoughts add up to an atheist and a humanist.

“And I looked at the other girl, and…like this wave of total relief comes over her face.”

Oh my word. What a thing that is.

“Erin that’s so great,” I said. “Imagine how she would have felt if you weren’t there!!”

I’ll tell you who else knows — Solomon Asch. 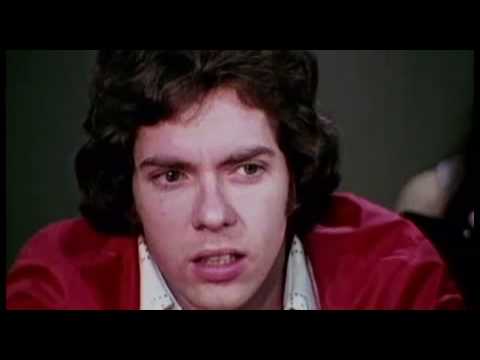 The Asch experiment is one of the great studies in conformity. When you are alone in a room full of people whose opinion differs from yours, the pressure to conform is enormous. But when individuals were tested separately without group consensus pressures, fewer than 1 percent made any errors at all. The lesson of Solomon Asch is that most people at least some of the time will defy the clear evidence of their own senses or reason to follow the herd.

One variation in the design of the study provides a profound lesson about dissent. This is the one that Erin’s situation reminded me of. And it’s a crucial bit of knowledge for any parent wishing to raise an independent thinker and courageous dissenter.

In this version, all but one of the researcher’s confederates would give the wrong answer. The presence of just one other person who saw the evidence in the same way the subject did reduced the error rates of subjects by 75 percent. This is a crucial realization: If a group is embarking on a bad course of action, a lone dissenter may turn it around by energizing ambivalent group members to join the dissent instead of following the crowd into disaster. Just one other person resisting the norm can help others with a minority opinion find their voices.

This plays out on stages even larger than the school cafeteria. On April 17, 1961, the US government sent 1,500 Cuban exiles to invade Cuba at the Bay of Pigs. The idea was to give the US plausible deniability—barely plausible, but still. It was supposed to look like the exiles did it on their own.

Well, it did end up looking like that. The invasion was a mess of lousy planning and execution. Most of the 1,500 were killed or captured by a force of 20,000 Cuban soldiers, and the US government was forced to essentially pay a ransom of 53 million dollars for the release of the prisoners. And that’s in Mad Men dollars—it would be $510 million today. Cuba’s ties with the Soviet Union were strengthened, and the stage was set for the Cuban Missile Crisis six months later.

In short, it was a complete disaster. And in retrospect, that should have been obvious to those who planned it. But among President Kennedy’s senior advisers, the vote to go ahead had been unanimous. Why? It came out later that several of them had serious doubts beforehand but were unwilling to express those doubts since they thought everybody else was on board. It was the height of the Cold War, and nobody wanted to look “soft.” The climate of the discussions made real dissent too difficult to articulate, so a really bad idea went unchallenged.

The presidential historian Arthur Schlesinger was there for most of the discussions, and he later said that he was convinced that even one dissenter could have caused Kennedy to call off the invasion. ONE. He said he wished most of all that he had found the strength to be that dissenter.

At least Kennedy learned his lesson. During the Missile Crisis later that year, he made a point of fostering dissent and encouraging the collision of ideas among his advisers. The resulting policy led to the peaceful conclusion of what may have been the most dangerous crisis in human history (so far).

Many think that times of crisis and war are the worst possible times for argument and dissent. Hitler certainly thought so. He often said the mess of conflicting opinion in democracies would cause the Western powers to crumble before the single-minded focus of his military machine. He got the difference right but misdirected the praise. Military historians are pretty much agreed that the stifling of dissent in the Third Reich’s military decision-making was its fatal flaw. It was entirely top-down. Only if Hitler’s plans were flawless could that system be stronger than one in which ideas contend for supremacy.

So Montgomery and Patton’s pissing contests, MacArthur and Truman’s showdowns, and the constant whirl of debate among the Allies and even among the branches of the American service was a better approach to running a war than the single-minded dictates of dictators, from Napoleon to Hitler to Saddam Hussein. Crush dissent and you will most often end up shooting yourself in the foot. United We Stand is bad policy, even in wartime.

Dissent is often discouraged in the corporate world as well. Jeffrey Sonnenfeld’s research found that corporate boards that punish dissent and stress unity among their members are the most likely to wind up in bad business patterns. It’s corporations with highly contentious boards that tend to be successful. Not always—it depends on the nature of the contention—but when boards generate a wide range of viewpoints and tough questions are asked about the prevailing orthodoxy, they tend to make better decisions in the end. All ideas have to withstand a crossfire of challenge so the bad has a chance of being recognized and avoided.

A list of corporations with boards that valued conformity and punished dissent reads like a Who’s Who of corporate malfeasance: Tyco, WorldCom, Enron.

And “from the beginning” really means long before the meeting even begins — while the decision makers are still in the eighth grade cafeteria, learning to accept the presence of difference in their midst.

Had the other girl in my daughter’s story not mustered the courage to self-identify first as a person with a different perspective — in this case an atheist — Erin would have been statistically less likely to share her own non-majority view. Once the girl spoke up, Erin’s ability to join the dissent went up about 75 percent. And once Erin shared the same view, the other girl enjoyed a wave of retroactive relief at not being alone.

The other two kids also won a parting gift. They learned that the assumed default doesn’t always hold, and that the world still spins despite the presence of difference. They’re also likely to be less afraid and less astonished the next time they learn that someone doesn’t believe as they do, which can translate into greater tolerance of all kinds of difference.