Last year, I wrote about a pastor named Glyn Barrett of !Audacious Church in Manchester, England. (The exclamation point makes God love them more, I assume.)

He told a story about how he was invited to debate an atheist in Cambridge on the topic “There is no God.” In his version, he outsmarted his opponent by using an old apologetic argument: Atheists don’t know everything there is to know. It’s possible, then, that proof of a Higher Power exists in all the information atheists don’t know yet. And if that possibility is out there, then they’re not really atheists now, are they? They’re Agnostics. (Checkmate!) 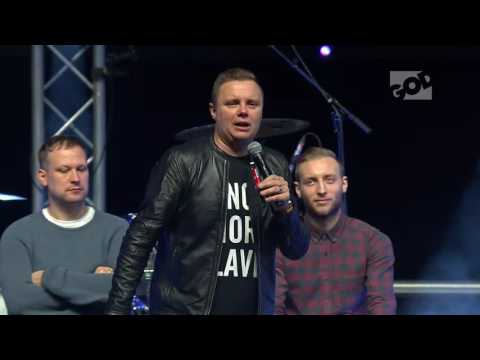 It’s an absurd argument. By Barrett’s logic, we should all hold out hope in discovering unicorns, the Loch Ness Monster, the Tooth Fairy, and a Republican with the backbone to criticize the President.

But beyond that, it was a dubious story from the start. Not only did Barrett not tell us where he debated (which is odd), one atheist group in the city where the debate supposedly took place said it never happened. The video was also taken down from Facebook, despite accumulating millions of views, presumably because atheists began criticizing it. And Barrett hasn’t said anything about the incident since.

Now here’s where everything gets even weirder.

According to the folks at !Audacious Lies — a site that keeps an eye on this particular church — someone from !Audacious Church appears to have created sock-puppet Twitter accounts defaming one atheist who criticized Barrett (blogger Richard Nistuk)… while pretending to be another.

They documented the incredible story here with evidence of why they believe the person writing tweets for the church and the people behind the sock-puppet accounts are one and the same.

The first sock-puppet account, @tobysmith453871, was created right after the “debate” scandal broke and seems “unusually preoccupied with attacking !Audacious Lies, defending Glyn Barrett, and denying the Cambridge video.” It’s also worth noting that account is “located” in Manchester, England… just like the church.

The second account purports to be (atheist blogger) Nistuk’s girlfriend and makes a number of defamatory accusations about the man — things about “mental illness, substance abuse, and psychiatric hospitalization.”

One theory (that seems very credible based on the tweets below) is that the person behind that sock-puppet account thinks Nistuk created the !Audacious Lies website and is trying to bully him into shutting it down.

For what it’s worth, Nistuk isn’t behind the website, and after he reported the fake account, Twitter took it down. But you can see an archive of the tweets here.

That brings us to the real question: Is there any way to link the sock-puppet accounts to the church itself?

The blogger at !Audacious Lies explains what we’re looking at:

In this case, the “characteristic” idiosyncrasy that links the !Audacious Church twitter account to the sockpuppet account isn’t a misspelling. It’s the formatting convention of using “D O U B L E S P A C E D C A P S” that gives it away. This convention is extremely uncommon.

And in this case, it’d be very unusual for two different people to write their tweets with the same odd quirk.

It wouldn’t even be the first time a Christian pastor has done something like this. Mark Driscoll pretended to be Braveheart‘s “William Wallace” on his own church’s forums when he made comments like “We live in a completely pussified nation” and “I’d tell you to kiss my ass, but I’m afraid you’d take me up on it.”

(What is it about church leaders creating alternative troll versions of themselves just to be dicks to their critics…?)

I reached out to the church a few days ago to see if Barrett (or anyone else there) was indeed behind the fake accounts and if they have any comments about what happened.

They still haven’t responded to me.

And that’s weird. !Audacious isn’t doing what an innocent church would do.

If there was a good explanation for all this, I would think they’d respond almost immediately.

If they were hacked, I would expect them to say so.

And if nothing else, I’d expect them to respond with some compassion for Nistuk, who’s getting harassed in their name.