Hats off to Debbie Goddard at the Center For Inquiry for rebooting African Americans for Humanism — just in time for Black History Month — with a new, welcoming website and an introductory video that just makes you want to hear more from the people speaking: 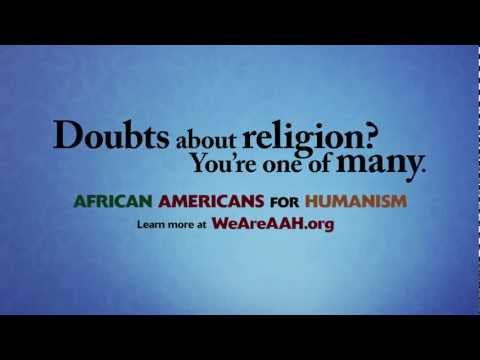 The press release (PDF) explains the need for the campaign:

African Americans may be the most religious minority in the United States, but many feel that the churches don’t speak for them. AAH hopes that the campaign will bring attention to the presence of and increase in religious skepticism within the black community, encourage those who have doubts about religion to share their concerns and join other freethinkers in their local communities, and educate many about the history of black freethought.

“African Americans who question religion often feel rejected by religious family and friends, and by the greater black community,” said Debbie Goddard, director of AAH. “But there is a rich heritage of religious skepticism and humanism in black history. By featuring the historical faces as well as the modern in our ad campaign, we show people that questioning religion is not new and that there are many of us here.”

How often have we talked about the special need for outreach to minorities so that they feel welcome in our movement? This is a wonderful step toward fulfilling that promise. In the process, it may even help educate people about the abundant secularism possessed by the leaders of the Harlem Renaissance.

There will also be billboards and bus ads promoting “religious skepticism in the African American community” across the country beginning this week. Check out the ads below:

AAH owes a debt of gratitude to the Stiefel Freethought Foundation, which provided “substantial creative and financial support for the campaign.”