Over the weekend, Pastor Terry Murphy of Regina Victory Church in Saskatchewan offered an apology to the LGBTQ community: 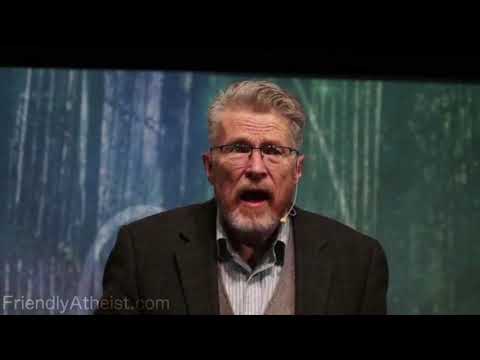 Hello, my name is Terry Murphy, and I’m the pastor of the Regina Victory Church. I’m making this video in response to all those who were so greatly distressed by my message to our church last Sunday morning, “Raising Godly Children.”

Our church is open to any who wish to come, to learn about Christianity and grow in their relationship with Jesus. We harbor no hatred towards any group. In fact, we condemn such hatred. The message was intended for the audience of the church. The internet is the main method we have to reach our congregation during this time. The message was intended to encourage parents within our church to raise their children according to standard time-honored biblical teaching. The message was not intended to be an attack on any group and I’m truly sorry this has offended so many of you, particularly in the gay community. We wish nothing but good upon the members of your community and pray that your lives would flourish.

I want to thank you for your time and I hope you will accept this as an apology. Thank you.

So… he says he wasn’t condemning LGBTQ people, that he harbors no hatred toward them, and that he just wanted to help parents raise their kids in a biblical way.

Here’s the obvious follow-up question: What the hell did he say?

What sort of anti-LGBTQ sermon could he have possibly given to warrant an apology like that? Was it just something taken out of context? That’s certainly what the church wants everyone to think since it posted a two-minute excerpt from the sermon with the caption “This clip should provide context for those who have seen the controversy surrounding that video.”

The problem with that clip is that it begins at the very end of the sermon.

So I did them a favor and clipped together everything relevant that came before that. (The church’s preferred clip begins around the 2:51 mark of my video below.)

Check it out. Tell me if anything was taken out of context…

Some of these behaviors are so disturbing. Something that was called in mental health textbooks “gender dysphoria” just — it’s probably still in the textbooks today because this has happened so currently — transgenderism… and just a couple years ago was seen as a mental disorder! But now they’re saying, “No, you were born that way!”

I find it extremely abhorrent. A whole generation is being victimized, being told you were born in the wrong body, being told you should experiment with your sexuality, being told by the experts that this is normal. Who are these experts?

1 in 6. I’ll tell you, the church needs to stop believing that people are born that way. We’re all born with a sin nature. Pedophilia is a choice! You’re not born with that!

Now they’re telling us Dr. Seuss is bad. I saw a video on Dr. Seuss. He was fighting racism, not promoting it. But they’re saying he’s a racist and he’s bad, but a book for pre-schoolers that says Johnny had two or three dads is a good book! And it should be read in the library by a drag queen! That’s good! But Dr. Seuss needs to be banned.

When I was a kid, we I grew up in front of the TV. But there wasn’t “Jimmy Has Two Dads.” It was “The Flintstones” and “Three Stooges.”

Now, let me say this: From the bottom of my heart, we have no animosity towards the gay community or towards LGBTQ any more than we have towards someone sleeping with someone outside of marriage or committing adultery or making — doing anything. We have no… people have been deceived! And God loves each and every one of them and He wants them to hear the truth! And we need to share the truth in love, not with condemnation, not with anger, but pleading.

And long before you talk to anybody about that, there should be hours and hours spent in sincere prayer because these things are not broken through the intellect. This is a spiritual problem that has a spiritual solution. So I want to put that caveat on everything I’m saying.

He completes just about everything in the bigot checklist. Comparing gay people to pedophiles. Saying that transgender people suffer a mental disorder. Saying society is worse off because more people are out of the closet. Claiming a book with two fictional dads is somehow awful for children. Saying he actually loves LGBTQ people.

The only thing that I didn’t expect was the implication that the “Three Stooges” was wholesome television. (“The Flintstones” makes sense, though. What else would you expect from someone who’s probably a Creationist?)

What’s troubling is that the comments on the church’s Facebook page are overwhelmingly positive. They’re praising Murphy for telling it like it is and not caving in to wokeness… which is a weird way to celebrate bigotry.

In a sermon meant to help parents raise their kids, he perpetuated lies about LGBTQ people that have previously led to trauma or worse. He said being LGBTQ was a “spiritual problem,” that being trans was a “mental disorder,” and that it’s “horrifying” that more people are now open about their identities. The message was absolutely an attack on a group. No LGBTQ people should or would feel comfortable in his church.

It also says a lot about the Christians who belong to that church that they feel comfortable in such a place knowing their leader is a monster. The fact that they didn’t walk out of there tells you this church is full of heartless people.

What Murphy said wasn’t unique. It’s unfortunately the sort of hate you expect to hear from all kinds of white evangelical pastors. But that doesn’t mean anyone should accept it as normal.

(Thanks to Aaron for the link)