Matt Powell, the hate-preacher and Creationist who appears to have dedicated his life to making atheists look smart, has done it again.

Fresh off of his claim that evolution is racist because it supposedly teaches that “we evolved from African Americans” even though there are “African Americans that are still alive today” — yes, he’s really that dumb — Powell is back with a new argument to disprove evolution using toddler logic. (Or, as Creationists call it, Ph.D.-level thinking.) 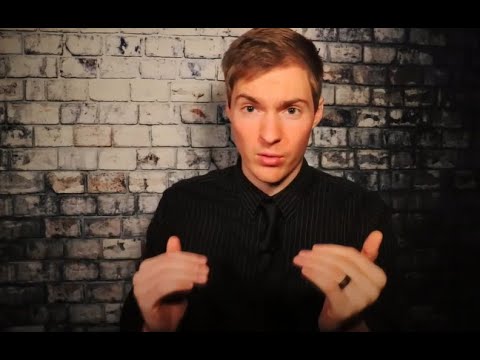 (In case he deletes that video out of embarrassment, here’s a mirror.)

1) “Evolutionists” often say they want to save endangered species. (Yes.)
2) That means there are species going extinct. (Yes.)
3) But “according to evolution, species should be getting created all the time… through natural selection.” (Yes, but not the way he thinks.)
4) Therefore, by trying to save the animals, evolutionists are admitting that “evolution will never invent these new species through natural selection.” (Oh Christ…)

It’s true that species go extinct all the time — and that’s unfortunately accelerating. We may want to save them for a variety of reasons, ranging from purely aesthetic reasons to preserving a particular ecosystem. There’s also an argument that every living thing has a unique genetic identity that could be useful to understand for reasons we can’t quite fathom just yet; if they’re gone for good, we miss out on all that potential knowledge.

It’s not that natural selection won’t produce new species in the future; of course it will. It’s doing that as we speak, slowly and imperceptibly. The problem is that evolution doesn’t work quickly and we’re (almost certainly) never going to get those exact species back no matter how long we wait.

There’s a famous thought experiment in the world of evolution: If we could start over, would we evolve the same way? Certain traits (like sight) would undoubtedly emerge again. But humans? Looking and sounding like we do right now? Probably not.

If certain rhinos or elephants disappear — and that could happen — we won’t live to see those animals suddenly emerge out of nowhere… or whatever Powell thinks evolution demands.

He doesn’t understand the topic, so he makes up his own definition of how evolution works in a way that no evolutionary biologist would ever accept, then doubles down on his own misunderstandings. And he presents himself as an expert in every video even though he’s not even a student who could get a passing grade in a basic science class.

The end of the video features even more of his unearned Christian cockiness. He tries to trash atheists for not having a perfectly defined purpose to their life and then does some weird Creationists word-twist:

… what [atheists are] admitting is that they’re making up — or make-believing — a purpose for life. They don’t think there actually is any purpose, and so they say, “Well, I’ll just make up purpose.”

Leave it to the Adam-and-Eve-were-the-first-two-humans-alive people to mock atheists for making things up when all we’re doing is accepting reality.

Listen, Matt: Find some new friends. Find anyone who cares about you enough to stop you from embarrassing yourself. Take some time off and learn about the thing you so desperately want to disprove. Because right now, you sound like an Introduction to Physics student who insists every astrophysicist is getting the universe all wrong.

Get some humility. Or at least run your scripts by someone who understands the topic before you etch your ignorance in stone.