Game’s profile on the website said, “When he was younger, he lived as a gay man for over three years.” (Whatever that means.) It also said he was now an ordained Southern Baptist minister who married a woman in 1996 and has two children.

Game would now like you to know a few other things: He is gay. He was always gay. Conversion therapy is “very harmful” and “false advertising.” He says a lot more in this article by Michael Majchrowicz in The Post and Courier. 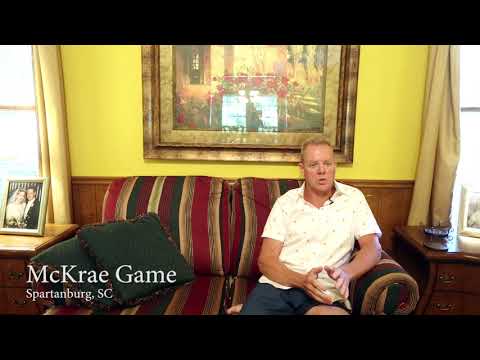 “I was a religious zealot that hurt people,” Game said in an interview. “People said they attempted suicide over me and the things I said to them. People, I know, are in therapy because of me. Why would I want that to continue?”

Game recently published a written apology to his personal Facebook page in which he called for the dissolution of any conversion therapy practice or ex-gay ministry. Though he condemned the practices, Game also said a group like Hope for Wholeness could serve as a community for those that believe “homosexuality is incongruent with their faith.”

“I created it all,” Game said of Hope for Wholeness. “We have harmed generations of people.”

So does he deserve to be forgiven for what he did? I obviously can’t answer that for anyone else, especially gay people directly impacted by his actions. But keep in mind that he’s the victim of Christian brainwashing himself, sincerely believing what evangelicals told him: that accepting Jesus would decrease his attraction to men. He lived in a bubble. He believed this nonsense. He repressed his desires. He thought he was helping.

It’s only now that he’s coming to terms with all the damage he caused.

In case you’re wondering (because I sure was), he’s still married to a woman… who knows he’s gay. How that works, I don’t know, but there you go. [Hemant’s note: This passage was totally insensitive. I apologize for that. Obviously, plenty of couples can be in love without necessarily having sexual intimacy. My mistake. I won’t make it again.]

I suppose the question of forgiveness depends on what he does with his newfound sense of advocacy. What’s he going to do to stop the Christians who continue promoting the lie that you can change your sexual orientation? What will he do for the people he harmed? If this article is a start, where can he possibly go from here?

He has the rest of his life to atone for his cruelty. Even that may not be enough.