The Golden Valley City Council (in Minnesota), like so many other city councils, says the Pledge of Allegiance at the beginning of its meetings. But council member Steve Schmidgall suggested removing it at last night’s meeting, which turned out to be quite the story: 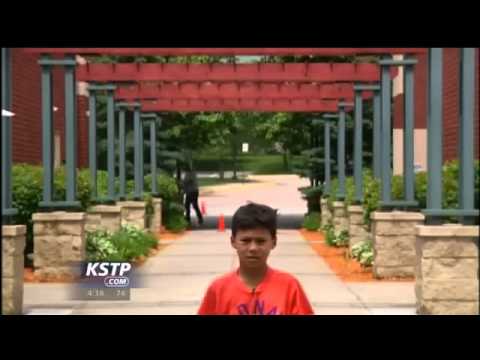 The first reason is the “one nation under god” phrase makes Schmidgall uncomfortable.
“I grew up in a faith community of Ana-Baptists (which means ‘re-baptized’ in Greek) and with the Apostlic Christian Church and we were treated differently in school when I was a kid,” Schmidgall said. “Bullying was a normal thing, but it didn’t ruin my life. It did make me more sensitive to the separation of church and state.”
The second reason is that saying the Pledge at a council meeting “doesn’t feel appropriate as opposed to saying it on a state or national level,” he said.
“When we say it seems like a prayer to me,” Schmidgall said.
The third reason Schmidgall is bringing up the Pledge at the meeting is “love of country and God are personal and private matters,” he said. “I love the United States of America as much as anyone, but I’m just not showy about it. I prefer to do my duty as a citizen, vote, and participate in city government when the opportunity arises.”

Schmidgall wasn’t on the city council when the Pledge was added to the meeting agenda a year and a half ago. Unfortunately, his attempt to stop the religious ritual failed. The council voted to keep the Pledge in place:

Schmidgall nodded when Mayor Harris affirmed that the council’s consensus was to continue with the Pledge at formal council meetings.
“Obviously there is no disrespect or suspicion cast on anyone, on the council or in the audience, who doesn’t recite the pledge or recites it differently,” Harris said.
After the discussion finished, Schmidgall said he was not surprised by the consensus and knew removing the Pledge from meetings would be an uphill battle.
“As they pointed out a precedent has been set,” Schmidgall said. “I didn’t say it at the meeting tonight, but I was going to suggest that the Pledge could be said outside the Council Chambers before the meeting instead.”

A valiant effort, but he was outnumbered by people who think the Pledge is purely patriotic and have no clue what church/state separation is all about.
While the other council members don’t seem to have a problem with Schmidgall not saying the Pledge and not putting his hand over his heart as they say it, I can’t say the same about the commenters online who seem to think he’s some sort of Kenyan-born, anti-American traitor.
They’re wrong, of course. Schmidgall is so patriotic that he wants the council to abide by the First Amendment and keep religious rituals a private matter.
(Thanks to Brian for the link)